Things You Didn't Know About Jerusalem 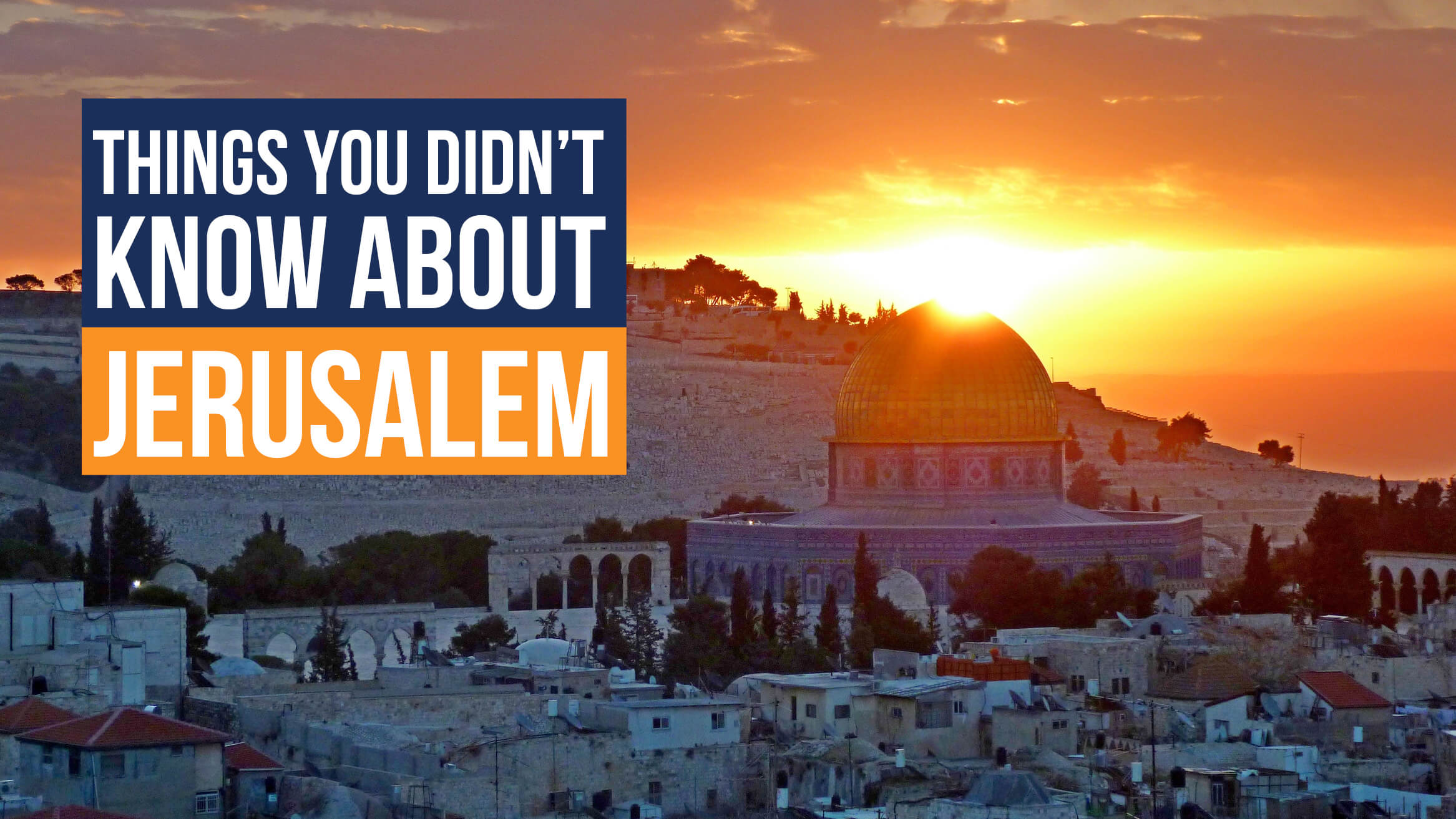 When choosing one of many tours to Israel, one always desires to visit this inspiring place. Jerusalem is indeed a city of pilgrimages, but it is not only that. This welcoming city has so much more to offer to all different types of visitors, such as various cultural sites, art events, culinary experiences, delightful natural sights and, of course, a myriad of stories that form its history and that Jerusalem will tell to all who wish to listen.

Here are a few things you might not have known about Jerusalem.

Cultural events, public art installations, galleries, an artist’s colony, and much more, are all examples of Jerusalem’s appreciation for arts and culture. There are festivals devoted to every art and craft throughout the year. Every summer, during the Jerusalem Festival of Light, the city is immersed in light and projections of creative pieces by artists across the world. Furthermore, there are many museums and outdoor exhibitions to feast your eyes on, when going touring through the country. In The Israel Museum, you can explore everything from fine art to archaeological findings, including the Dead Sea Scrolls exhibit inside the mesmerising Shrine of the Book. For a more interactive experience, visit the Bloomfield Science Museum and participate in the exhibition. You should also visit Jerusalem’s inspiring, bustling markets, such as the Mahane Yehuda Market. Read a book in Thmol Shilshom café from their personal collection and stay for a poetry reading, or go to one of numerous clubs and dance the night away.

It Has the Best of Old and New

One can experience mysterious antiquities on every turn while walking down the cobbled streets of this city. Jerusalem is indeed an ancient city, but it is also at the forefront of modern technology, constantly striving to improve. In 2012, important programmes were created to assist the promising start-ups by offering professional mentoring, a free working space, and networking. Jerusalem’s first such programme, Siftech Accelerator, helped many local start-ups reach success. Furthermore, with its light rail system, getting around Jerusalem is easy and great for the environment. Specific streets have seen up to an 80% reduction in air pollution! There are also excellent biking paths, and even a direct trail from Jerusalem to Tel Aviv.

It’s a Wonderful Blend of Nature and Concrete

Jerusalem’s ancient structures, cobblestone streets, and concrete constructions are all merged with lively nature that surrounds them. The Jerusalem Botanical Gardens, an excellent educational and research cenetr, are the largest in Israel and are home to Israel’s largest collection of live plants – 6,000 species and varieties from around the world. Also, 46 bird species visit the place every year. One of the Gardens’ goals is to create a living gene bank to protect endangered plants in the region.

The city’s main park, Gazelle Valley (the Pri Har Valley) is an open space in the very heart of Jerusalem. The Society for the Protection of Nature in Israel and local activists have fought hard to preserve the natural surroundings which is home to gazelle herds, foxes, birds, and other magnificent wild animals. Entrance is free, and visitors can relax while observing the animals, the plants, the luscious greenery, the ponds, and the streams.

It is the Smartest City

Jerusalem was the first city to be completely covered by Wi-Fi. One of the oldest cities in the world became the smartest one. This proved to be beneficial for residents, companies, and merchants, as well as tourists, since various apps help them navigate the ancient passages. Furthermore, in 2015, Time magazine picked Jerusalem as the world’s top emerging technological hub, and in 2017, it was included in the Entrepreneur Magazine’s list of five emerging tech cities.

Experts agree that, Jerusalem could soon become a global leader in fields such as biotechnology, medical innovation, computer vision, and image processing. What contributes to the city’s enviable development is the fact that its universities produce numerous inspired young researchers and entrepreneurs every year.

Jerusalem is an important place to a lot of people, especially Jews, Christians, and Muslims. The Holy City is an ancient place, with a marvellous and painful history, so it’s not surprising that its imposing grandeur can have a peculiar influence on intensely religious people who get overwhelmed by the proximity to the foundations of their faith. It’s rare, but some people start to believe that they are, for example, figures from the holy books, most often prophets. Are these people mentally ill? Or are they overcome by a powerful spiritual experience? While the phenomenon is real, its explanation is elusive. People describe their experience as disorienting, but without hallucinations. They knew who they were, but worried that they also might be the Messiah. They remember everything and are often ashamed to discuss it. Many experts don’t believe that it’s a true psychosis, but an aggravation of a chronic mental illness and a rare, intense reaction to a place, which happens to ultra-religious people who seek for the meaning of their existence in the Holy City.