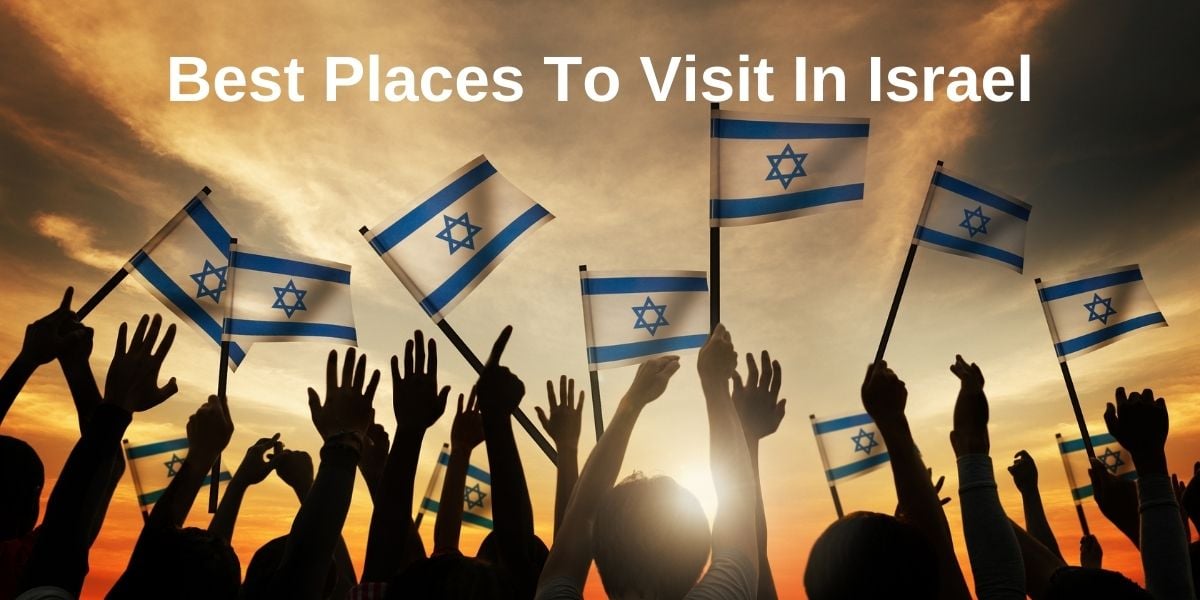 There is no better place to explore Jewish history than on an Israel tour. From ruins of Jewish settlements that are over thousands of years old, to Jewish religious sites that travelers flock to every day, Israel is home to some of the most important places in Judaism. That’s why we’ve put together this list of the top ten Israel landmarks connected to Judaism you must visit in 2023. These Israel historical sites are sure to impress.

One of the most emotional Jewish travel sites to see is also one of the most famous Israel historical sites, the Western Wall. The Western Wall, also called “Kotel” and “Wailing Wall” is an easy walk if you’re already in the Old City of Jerusalem. It was built by King Herod in 20 BCE when he expanded the Second Temple. The Romans destroyed the temple in 70 CE, but the outer wall of the temple remained.

Today visitors have access to levels below ground of the wall, as well as the Western Wall Plaza, where most people convene.

It is customary to write prayers and wishes and slip the papers between the cracks of the wall, and at any time of day or night, there are people praying at the site. It’s one of the most important places to visit in the country, and people from all religions and countries visit to pray and see the wall each year.

The wall is open 24 hours a day for free. And many Jews choose to have their Bnai Mitzvot celebrated there, while in some occasions there are other ceremonies including military inductions, that take place at the wall. The Kotel is a can’t-miss experience in Israel in 2023.

Another amazing place to visit in 2023 is the Kotel Tunnels which were first discovered by British archaeologists in the 19th century, yet only further explored after the Six Day Way by the Israel Ministry of Religions.

The tunnels lie beneath the Western Wall. Visiting them is a great way to admire the arches and stairways that used to connect the city of Jerusalem with the Temple Mount, to see Second Temple era homes, constructions from the Muslim period, an aqueduct from the time of the Maccabees, and ancient cisterns.

The most special place in the tunnels allows visitors to get close to where the Holy of Holies used to be on the Temple of Mount. In the location closest to the Holy of Holies, you can pray inside a small synagogue. 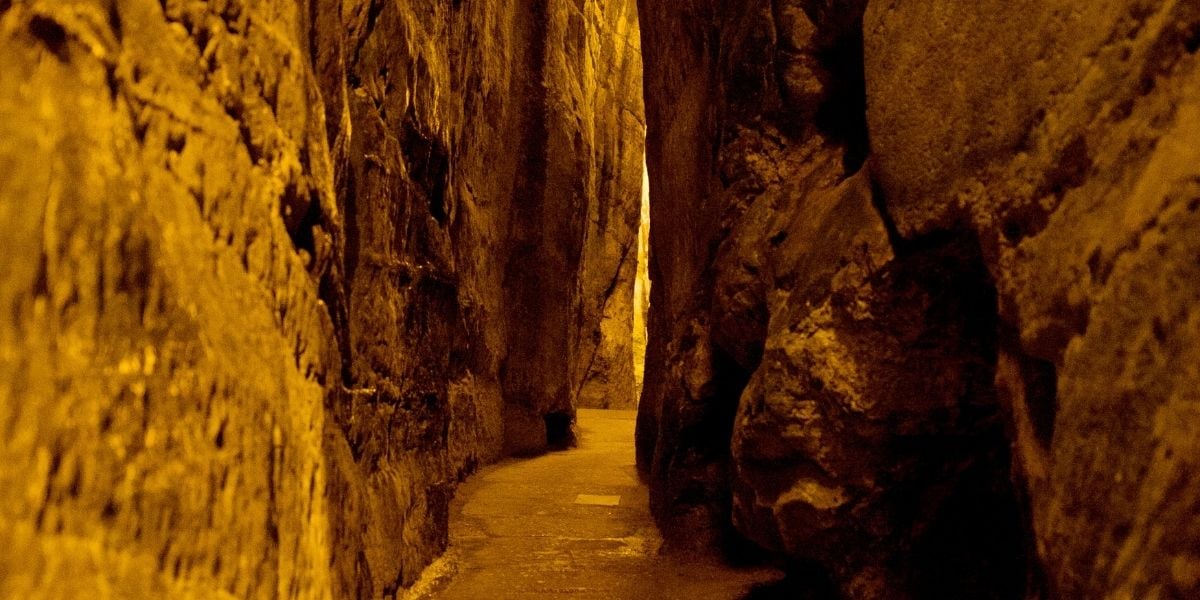 The City of David

The City of David National Park is an archaeological site and a great way to get a glimpse of ancient Jerusalem. The park is a two-minute walk from the Western Wall and is an active excavation site where new artifacts are still being uncovered.

There’s even a nighttime audio-visual displayed on the walls of the City of David that tells the story of Jerusalem. 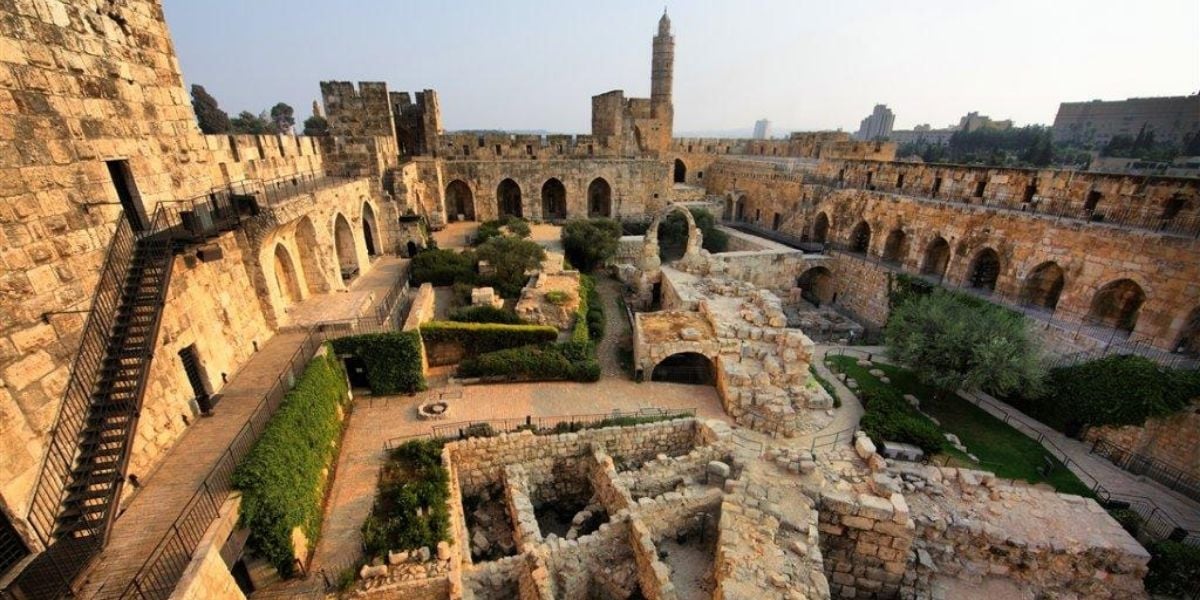 A must-see site in Jerusalem in 2023 the Tower of David is a medieval fortress from the time of Herod. It was one of three towers that Herod built to protect the city and his palace on Mt. Zion. After the destruction of Jerusalem in 70 AD, the Citadel was used to house Roman troops.

After that in the 4th century, the citadel was inhabited by Christian monks. Since then, it has been updated and changed by the Mamluks and Ottomans.

Today, visitors can explore the citadel walls and the courtyard to view archaeological findings and view panoramic views of the old city from the top of the tower.

In 1989, the Tower of David Museum was opened, where visitors can learn about the major historical events in Jerusalem over the past 4,000 years. The museum hosts exhibitions of contemporary art and culture, performances, special events, and educational activities. 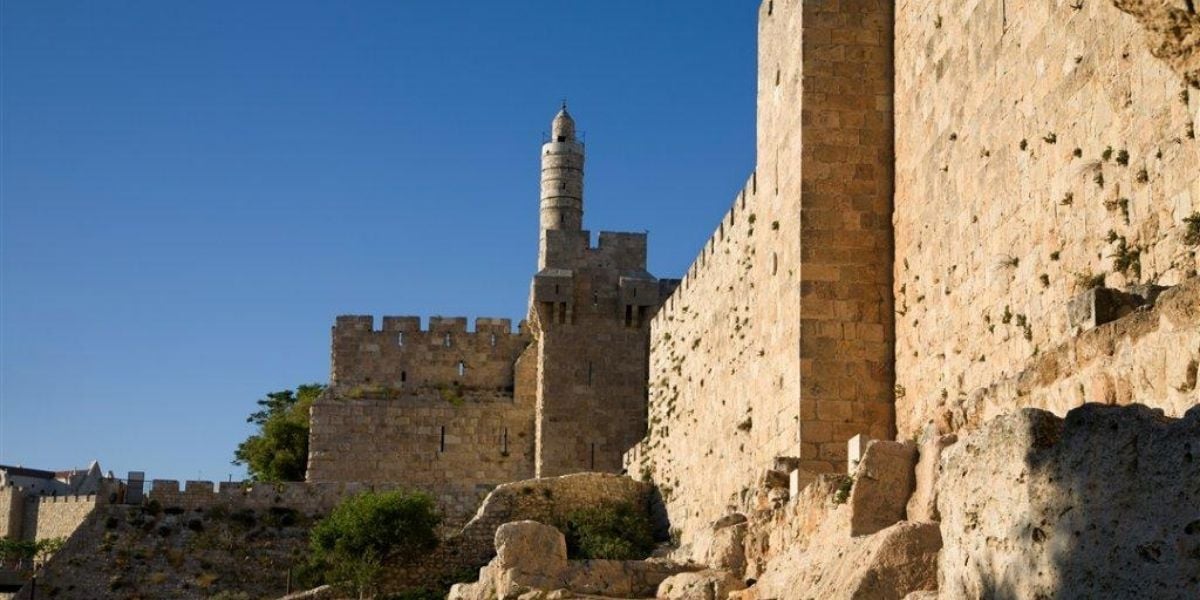 Masada is one of the most famous places for travels from all over the world and would stay as such throughout 2023. The Masada is an ancient Jewish fortress and a UNESCO World Heritage Site on a flat plateau above the Dead Sea. It was built in 30 BCE by King Herod and in 68 CE a group of Jewish Zealots conquered it and turned it into an important stronghold.  Visitors can reach the top via cable car or via hiking trail cold the “snake trail”.

The famous story of Masada took place around the year 72 when the Romans besieged Masada and the Jews in it, the result happen a year later around year 73 when the Jewish Zealots chose to commit suicide instead of falling to the Romans.

Today, visitors can explore the well-preserved remains of King Herod’s northern palace, a large Roman-style bath house with a colorful mosaic floor, a mikveh, watchtowers, storerooms, and even a synagogue.

Founded in 1965 and renovated and reopened in 2010, the Israel Museum isn’t an ancient historical site, but it is the largest cultural institution in Israel. The museum focuses on Judaica, art, and ancient artifacts.

The museum houses nearly 500,000 artifacts and some of the most extensive holdings of Biblical archaeology in the world. Most famous of all, the Dead Sea Scrolls are displayed in The Shrine of the Book.

There’s also a model of Second Temple Era Jerusalem, and the museum is an entertaining mix of modern and interactive exhibitions, as well as reproductions of synagogues.

If you are interested in Israel’s history and heritage you should definitely visit the museum in 2023. 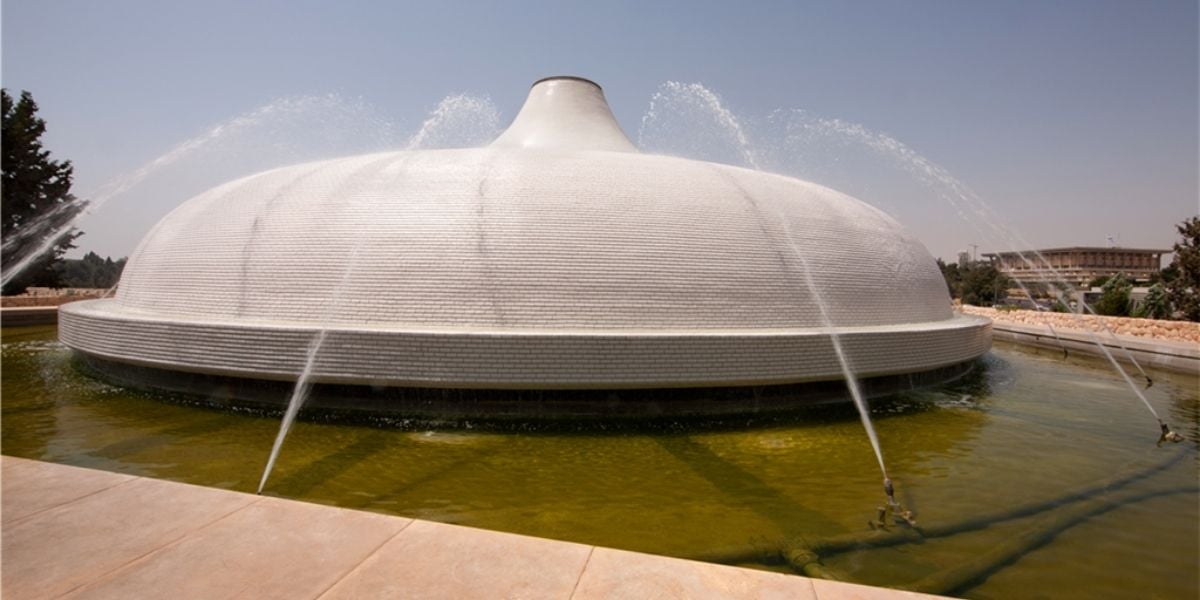 The city of Safed, also an amazing location to travel to in 2023, located between the pine forests of the Upper Galilee region, is famous for its blue doors and mystical past. It’s the highest city in Israel and also one of the holiest.

The Old City was settled by Spanish Jews in 1492. Maintaining a strong tradition of mysticism, many people are drawn to Safed for its continued association with Kabbalah and the blue-painted doors and windows. Artists flock to this ancient city and convene in the Artist’s Quarter, the “Bohemian Center of Israel.”

Some of the more interesting places to visit in Safed are the Meiri Museum, the Hungarian Museum, the ancient synagogues, and the Jewish cemetery on the outskirts of Safed where many Jewish leaders are buried. 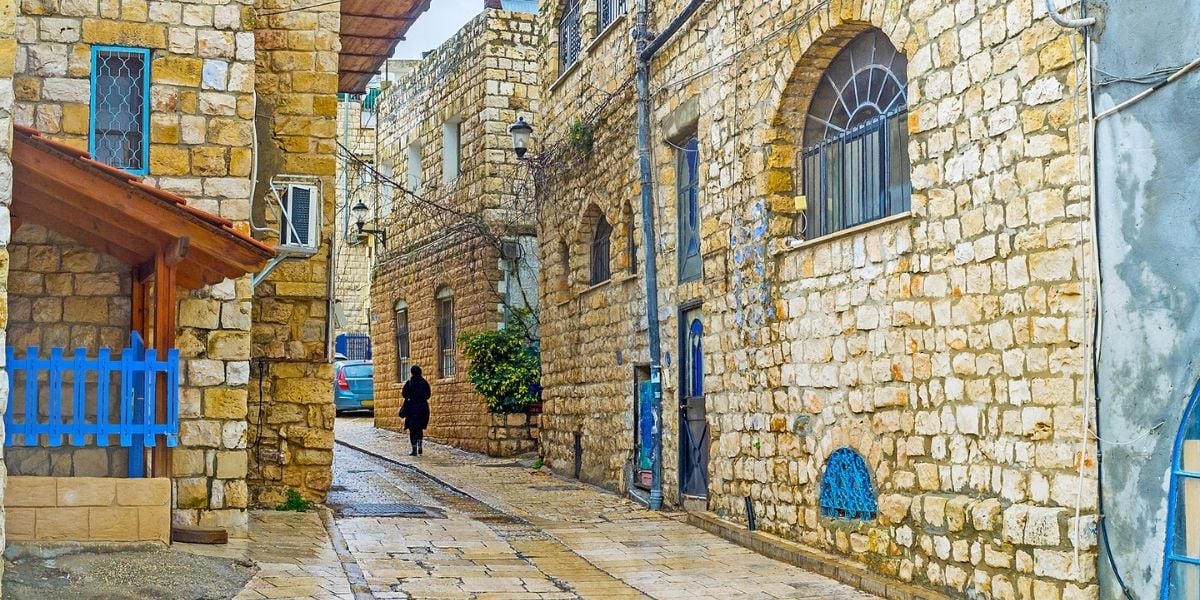 No Jewish history is complete without visiting this powerful memorial. Opened in 2005, Yad Vashem is Israel’s Holocaust Memorial and is located on the Mount of Remembrance on the edge of Jerusalem.

Its expert curators have created interactive historical displays about the Holocaust, using mediums like film, documents, photographs, art, personal items, and letters. There are several different ways to tour the museum, from a tour of the inside to a walk through all of the outdoor memorials. You can go on 100 visits to this place, and still find new things to learn.

The Children’s Memorial commemorates the Jewish children who perished in the Holocaust and the Memorial to the Deportees is a railroad car hanging over a cliff on the road, commemorating the deported. 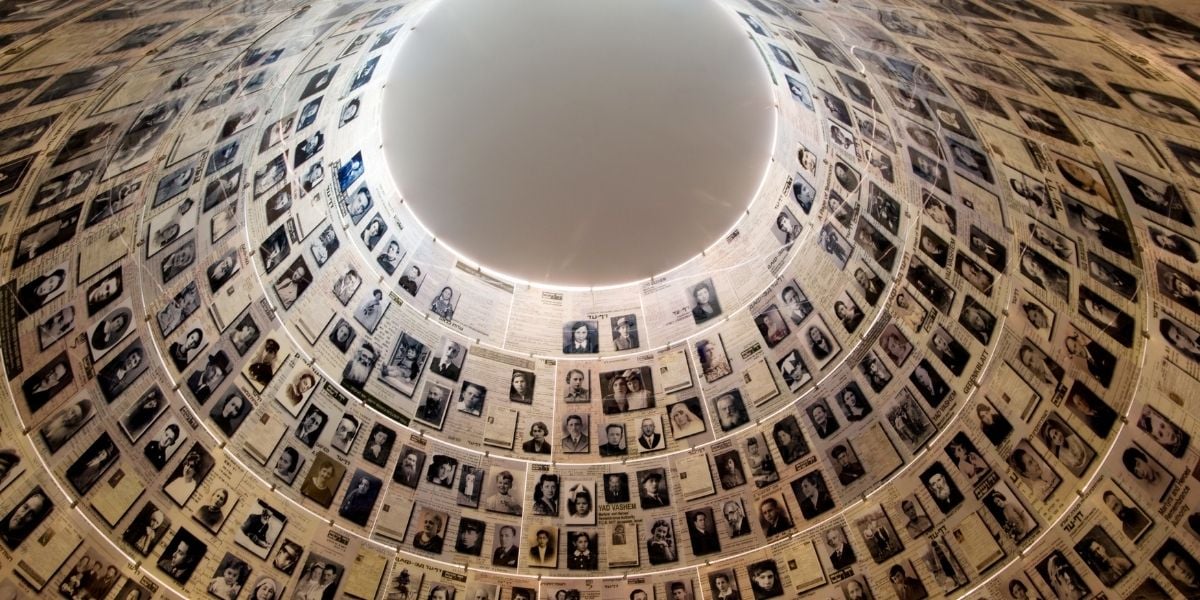 The state of Israel was born in Independence Hall where the Declaration of Independence was signed in 1948, so it is one of the most important Jewish landmarks for modern Israel.

Located on Rothschild Boulevard in Tel Aviv, this Israel landmark is dedicated to Israel’s independence and historical data on Tel Aviv-Jaffa.

This is the perfect place to view documents of independence and photographs from different periods of Tel Aviv. There’s a Bible Museum on the upper floors of the building.

For those that plan of visiting Tel Aviv in 2023, this is a great stop in the heart of this lively city, soaking a little of its past and enjoying the present. 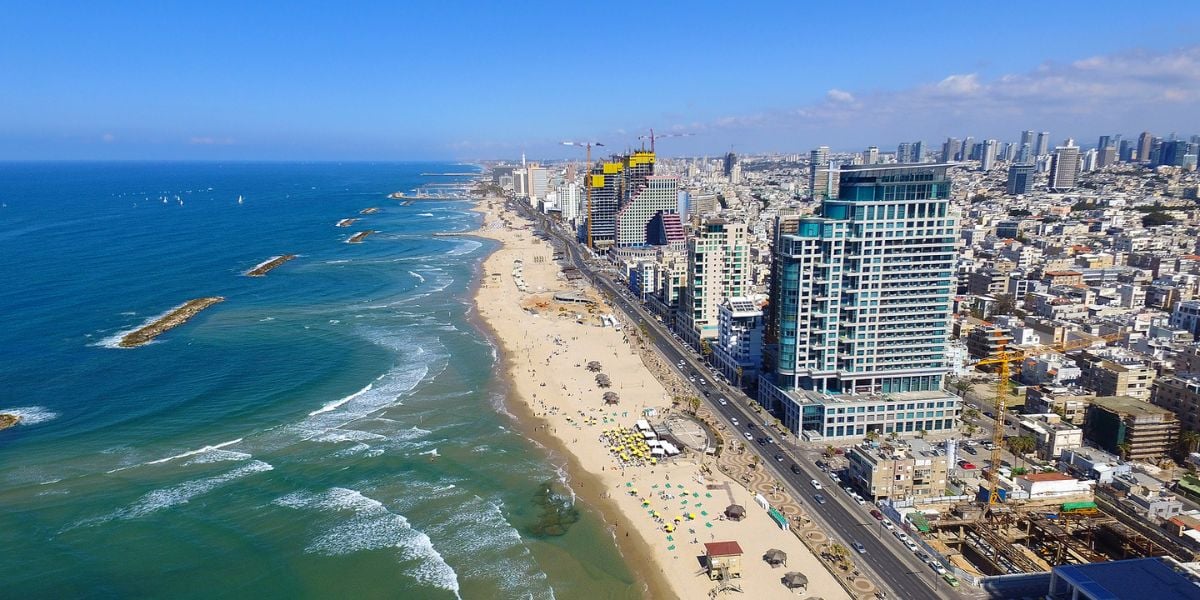 The Bialik House is the former home of one of Israel’s most famous poets, Chaim Nachman Bialik. After his death in 1934, the Hebrew Writers Association used the house and it later became a children’s library.

Now it has been preserved as a museum. It is not only an homage to the writer, but also an interesting perspective into Israeli style in the 1920s. Bialik himself wrote about the suffering of Jews in the Diaspora and the beauty of nature and was labeled the “national poet” of the country.

For the more bookishly inclined, there's a library in the house displaying all of his books and a museum on Bialik’s life.

There are still lots of amazing places one can visit in Israel during 2023, Israel is overflowing with Jewish landmarks and exploration opportunities, thus, one of the best ways to see and enjoy all of them is through an Israel Travel Agency. Talk to us about planning your next Jewish Israel trip.