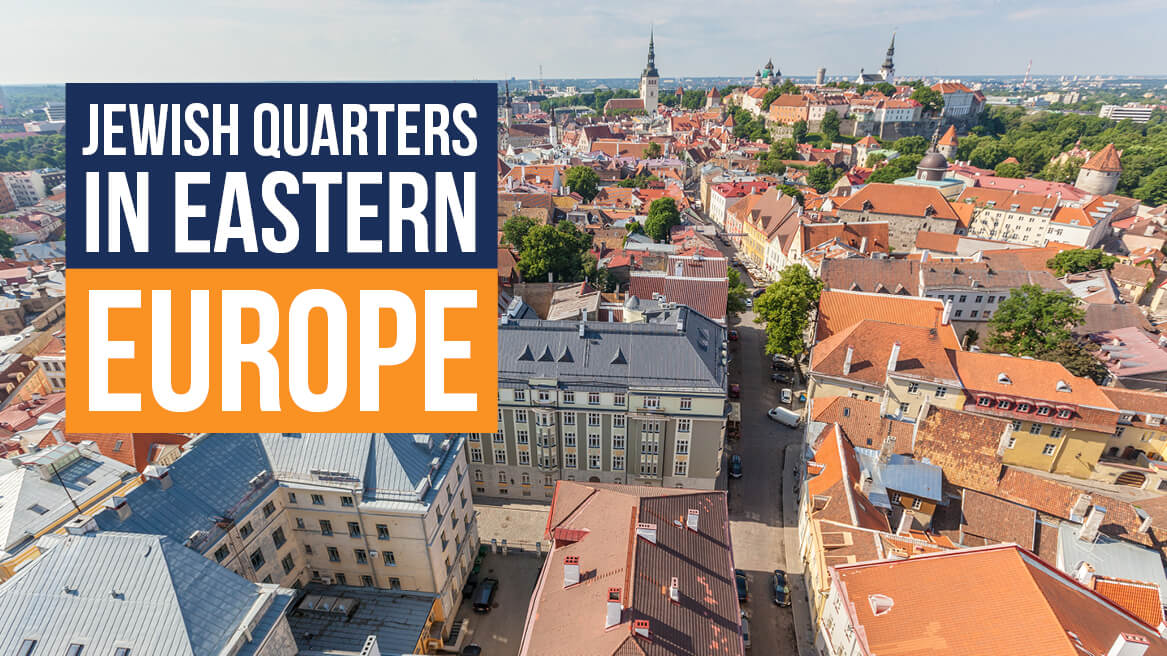 The Jews have been living in Hungary since the 9th century CE at least, but possibly even a century earlier. Budapest had had its Jewish quarter for centuries, but with the arrival of the Nazis in Budapest, countless lives and much of what the community had built was destroyed. The Nazis established the Budapest Ghetto in November 1944 until January 1945, surrounding it with a wall and a high fence, which included several blocks of the old Jewish quarter and two main synagogues of the city: the Neolog Dohány Street Synagogue and Orthodox Kazinczy Street Synagogue – some of the greatest treasures of Budapest. Today, we can visit these synagogues, and also a memorial wall erected on the site of the demolished ghetto, while tiny bits of the original wall remain. The Jewish Quarter is Budapest’s liveliest neighborhood today, also witnessing a revival of Jewish culture. We can go to its many bars, boutiques, and kosher restaurants, but also visit the many historical sites, including a cemetery, a memorial garden, and a museum dedicated to the Holocaust and the ghetto.

Just like in other parts of Europe, Jews have lived in Poland for centuries. And just like in Budapest, some of the city’s darkest chapters were written in World War II, leaving very few objects from the original Jewish Quarter untouched. The Warsaw Ghetto, established in 1940, was the largest in Europe. Many of its 400,000 residents were sent to the concentration camps, others died from illness and hunger, and many more were killed during the Warsaw Ghetto Uprising in 1943. Today, Próżna Street is particularly known for its original residential buildings that housed Jewish families in 1940-1941. This is also where the annual Warsaw Jewish Festival is held. Another must-see is the Nożyk Synagogue which was built in 1902 and is once again used as an active synagogue. We’ll see preserved fragments of the ghetto wall, two Warsaw Ghetto Heroes' monuments, and other monuments and memorials.

Here we are in another historical place. Jewish people called Dalmatia their home since the time of Roman armies in the 1st century. Located in the Old Town, the 14th-century Dubrovnik Synagogue is the world’s oldest Sephardic synagogue still in use. It’s a lovely three-storied Baroque stone building, but also a museum, with old photos, documents, and many valuable items, including a 13th-century Moorish carpet and a 13th or 14th-century Torah, both likely brought from Spain after the expulsion.

Many Sephardim running away from the Spanish and Portuguese persecutions also settled in Split. We can take a walk down a small street called the Jewish Passage to the second oldest continuously used Sephardic Synagogue in the world, established in the early 16th century and attached to the western wall of Diocletian's Palace. The Torah rests inside the Roman wall. On Marjan Hill close to the city center, we’ll find a Jewish cemetery dating back to 1573, while in the Jewish section of the cemetery Lovrinac, we’ll visit a Holocaust memorial.

Since the 10th century, the Jewish community lived and thrived in Prague. But due to increasing antisemitism, they had to live within the walled ghetto, which later became known as Josefov, Jewish Quarter, or Josefstad. Today, it is home to a number of important monuments, many of which are a part of the Jewish Museum in Prague. Here, we’ll visit the Ceremonial Hall of the Prague Jewish Burial Society first, built in the neo-Romanesque style in 1906-08, to see its permanent exhibition, as well as the Old Jewish Cemetery next to it. We’ll then pay a visit to the Jewish Town Hall, constructed in 1586, well known for its two clocks – one with Roman and the other with Hebrew numerals. Finally, we’ll visit the quarter’s surviving synagogues: the 13th-century Old New Synagogue, the functionalist Smichov Synagogue, followed by the late Gothic Pinkas Synagogue and the Spanish Synagogue, as well as the neo-Gothic Maisel Synagogue and the early Baroque Klausen Synagogue.

So as you see, Jewish Quarters in Eastern Europe are all treasure-troves of centuries of history, culture, and art. There were many tragic events on these sites, but that’s another reason we should visit, as we should always learn about these events, witness ourselves their remnants and pay our respect to the victims. But we’ll also see that these are places of life! As you’ve seen, many beautiful, old structures survived, have been renewed and are back in use, while the Jewish communities are thriving yet again in the Quarters of their ancestors.