Budapest Off the Beaten Path 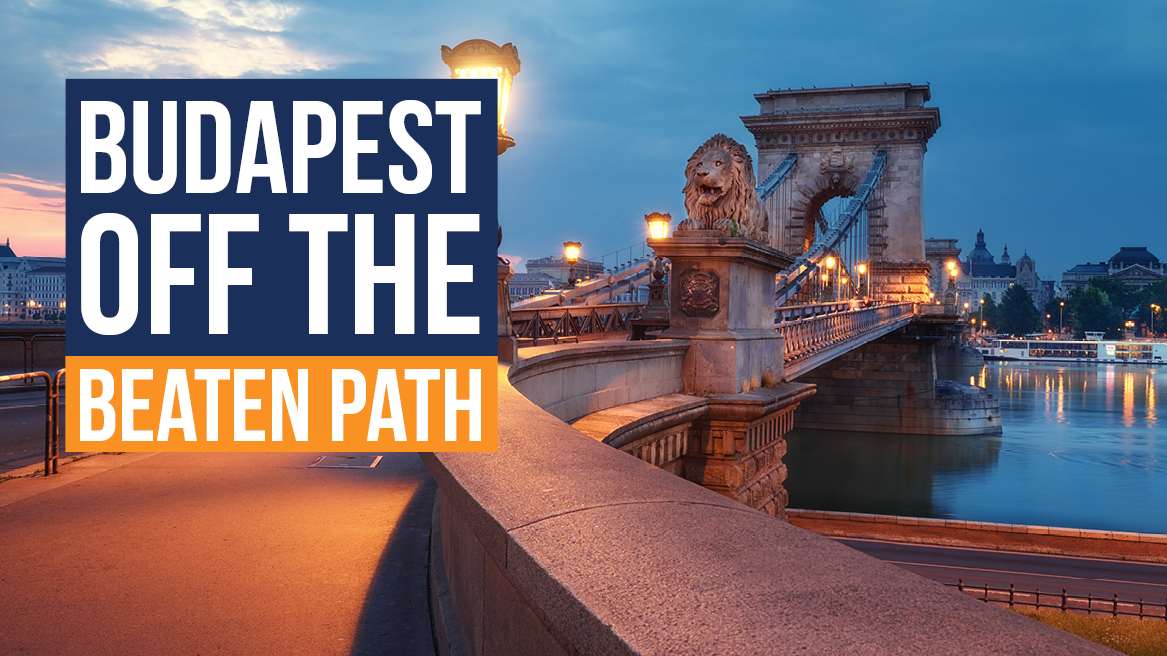 There is no denying that Budapest is a city of many wonders and a myriad of popular tourist spots whichever way you go. But Budapest is not only the famous, crowded tourist attractions. While many people wish to see these the first time they come here, those coming for a second or third time, or those who’d like to avoid the overly crowded areas, may seek out calmer places outside the standard tourist districts. These are places off the beaten path where people can have fun, where they can relax, but still learn about the country’s culture, tradition and history.

Known as Libergo, this two-way chairlift will give us a one-of-a-kind view of the famous Buda Hills. The Buda Hills are an excellent place for many adventurers to enjoy outdoor activities and for hikers to climb to the top. However, for a relaxing and delightful experience, we’ll take the chairlift, which will take us from Zugliget to the lookout tower on János Hill. Fun fact: this is the highest peak in the city, which means that we are in for a treat. Amazing sights welcome as soon as the ride starts, revealing the view of our surroundings more and more the further we climb, making sure we are not bored for a second, until we are greeted with the beautiful Elizabeth Lookout Tower and, from it, a full, breathtaking view of the city, the nature surrounding it, and beyond. Many locals enjoy spending their free time on the hills too, which is an excellent opportunity to meet some of them if you’d like.

Opened in 1894, the Aquincum Museum is our look into the city’s past. What we’ll find here are archeological findings – the remains of a major Roman settlement called Aquincum. As a matter of fact, the area of western Hungary was a part of the Roman Empire from the 1st century BCE to the 5th century CE.  At the highest point of its existence, sometimes in the 2nd-3rd century, up to 40,000 people lived there. Located in today’s Óbuda, the city had palaces, houses with central heating, two open-air theatres, public baths, and numerous other structures. We can visit the museum proper and see a number of structures and items, such as those from the local Mithraeum (a temple to the Roman god Mithras), as well as the hydraulic system, Roman houses, paintings, statues, mosaic floors, tombstones, a water-organ, and more. We can even look for the ruins of structures and a three-level aqueduct ourselves throughout the city!

Now we will go to the Ybl Miklós Square in the 1st district of Budapest, in the Buda part of the city, to see this architecturally stunning World Heritage Site, called the Castle Garden Bazaar. Built in the late 1800s, this neo-Renaissance complex is not only beautiful itself, but is also perfectly situated at the foot of Castle Hill, on the banks of Danube, below the Royal Palace. It features a park, a flower garden, and an escalator to take us up to the Royal Palace. Várkert Bazár used to be full of shops in the 1880s, but it was later also home to the Buda Women’s Workshop, the Historical Portrait Hall, a female painting school, etc. The complex was severely damaged in World War II, falling into disrepair afterwards, but luckily it underwent major renovation in 2013-2014, bringing it back to its full splendor.

The city of Budapest rests on a caving complex longer than 120km – cave systems of some 200 caves, some of which can actually be visited by the general public. This is our final destination. We can go to the Szemlő-hegyi cave, the large Pál-völgyi cave system, or Mátyáshegy Cave. This time, we will chose to check out the Cave Church, located inside the Gellért Hill Cave, part of a network of caves within Gellért Hill. It’s also known as ‘Saint Ivan's Cave’ after a hermit who is believed to have lived there and used the thermal water from the muddy lake located next to the cave to heal the sick. A poor family who lived here in the 19th century built a small house of sun dried bricks in the great opening, while Pauline monks built the first modern entrance in the 1920s. The cave was consecrated in 1926, serving as a chapel and monastery until 1951, featuring many rooms, carved and neo-gothic ornaments, and a statue of Saint Stephen and his horse. The Pauline Order returned to the cave in the 1990s after the Chapel’s restauration and still performs religious functions there.

Seeing the awe-inspiring Buda Castle, the city’s architecture, bridges, the thermal baths, and numerous other super-popular attractions is definitely worth the trip to Budapest. But if you’ve seen all these already, or you’d rather avoid the most popular tourist sites, but you still want to experience the city’s unique atmosphere and charm, then definitely think about visiting one or all the sites mentioned above.