Have You Considered Taking Jewish Tour to Bahrain?

The nation of Bahrain is home to three UNESCO World Heritage sites, spectacular art and dining, and is the home of the Formula 1 Gulf Air Bahrain Grand Prix. It’s a site of luxury and excitement, of adventure and myth.

Bahrain isn’t quite as well known for tourists as its neighbors, but this tiny country packs a punch in terms of experience and history. There’s never a shortage of interesting places to go and things to see in Bahrain.

Bahrain is one of the safest countries in the world, as well as one of the countries with the highest quality of life for affordability.

It’s ancient, 4,000 years old, home to world heritage sites that will take your breath away as well as traditions and history that will keep you engaged as you walk its cosmopolitan streets, soaking up the old and new in one fascinating place. This is a country of contradictions, where the ancient meets the modern. It’s the perfect place for someone who loves history but wants a modern and cosmopolitan city to return to at the end of the day.

It’s a multi-faith society, a country of Buddhist temples, Muslim Mosques, and Churches. But did you know it’s also home to a Jewish community?

Are there really Jews in Bahrain? 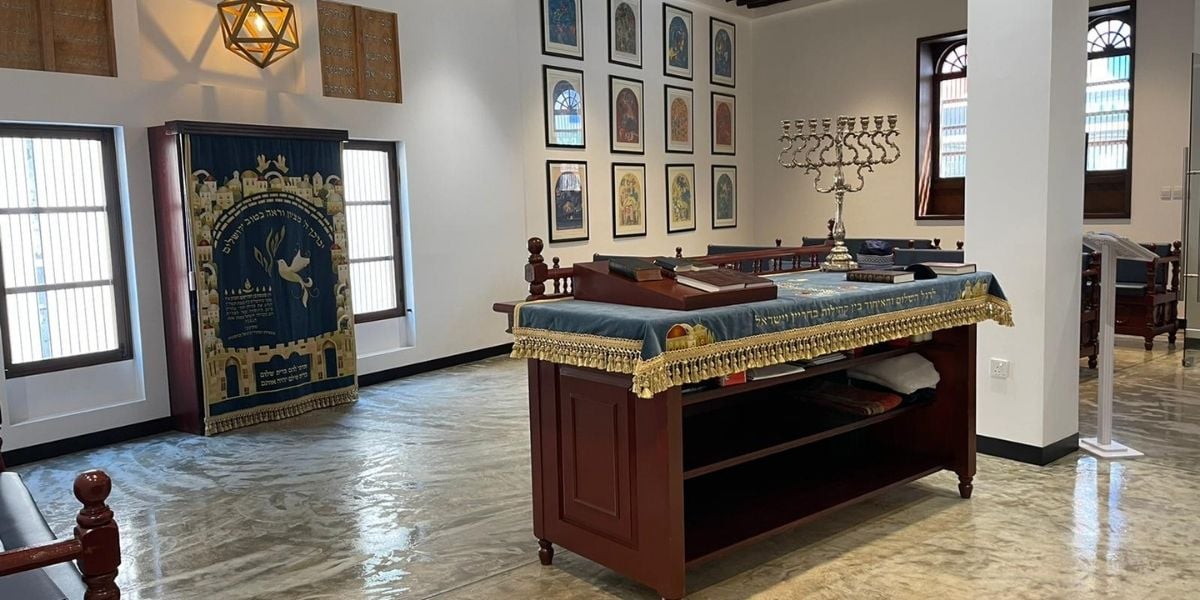 There are really Jews in Bahrain, and they’ve been in the country for a long time. While the community was much larger before the creation of the State of Israel, there are now around 36 Jews in Bahrain from 6 families. The community is small, but they hope that the recent normalization of relations with Israel will bring more people to their community and more Jewish tours to Bahrain.

In terms of community structures, there is a synagogue and a Jewish cemetery in Bahrain. While the synagogue was not in use for a long time, it has recently been renovated and reopened for the Jewish community and visitors to the community to use.

Considering a tour to Bahrain this year? Read this post to learn even more about Bahrain for tourists.

The Bahraini Jewish community is small but unified, with a long and interesting history

Jews have lived in Bahrain since ancient times, and were even mentioned in Benjamin of Tudela’s travel journals from the 12th century as a large community involved in the pearl industry. He found two different Jewish communities when he visited Bahrain, one of 5,000 people and another of 500.

However, modern Jewish Bahrain is a little different than what Benjamin Tudela found. Most of the Bahrain community today came in the late 19th century from Iraq, Iran, and India. They worked in commerce and found success in the small gulf nation. They even opened a synagogue in the capital, Manama, and at one point the community grew to 1,500 Jews.

The community dwindled to around 700 people by the 1930s, and when Israel was created, anti-semitic riots swept through the capital and the synagogue was burned down. Most of the rioters were from outside of Bahrain, however, and the Bahraini people had a friendly relationship with their Jewish neighbors.

Many Bahraini Muslim families even hid Jewish families from the riots, but, afraid for their futures, many members of the Jewish community left the country for new lives in the US, England, and Israel.

How did the Abraham Accords help Jews in Bahrain?

Now, with the Abraham Accords and easing relations between Israel and Bahrain, those who fled can come back to see what their country has become.

36 Jewish citizens still remain in the country. They have a Jewish cemetery and a synagogue, and soon enough there will be a Hebrew language school for Arabic speakers interested in learning the language to communicate with Israeli visitors to the country.

How have the Abraham Accords changed travel to Bahrain? 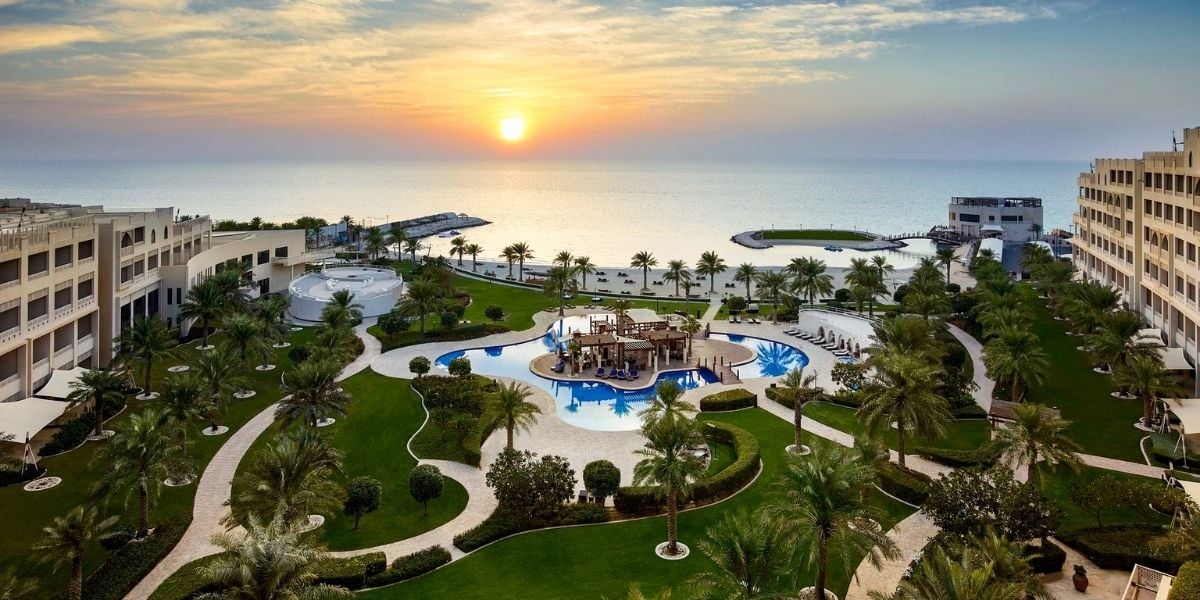 Bahrain recognized Israel on September 15. This has changed plenty in the country, making it easier for Israelis to take tours to Bahrain and increasing Bahrain tourism. It’s also changed plenty for the Jews in Bahrain.

Jewish tours to Bahrain are a new occurrence in the country, where the Jewish community used to practice their faith behind closed doors after 1947 when their synagogue was destroyed after the state of Israel was created. Now, there’s a new kind of Bahrain tourism, and this is the perfect time to experience it.

Now, the community of Jews in Bahrain has a renovated synagogue with religious books in Arabic, Hebrew, and English. They recently held their first Shabbat services at the synagogue in 74 years. Descendents of the Jewish community who moved away after the riots can visit their old community, and tourists from all over can visit this historical community.

Is Bahrain a good tourist destination? 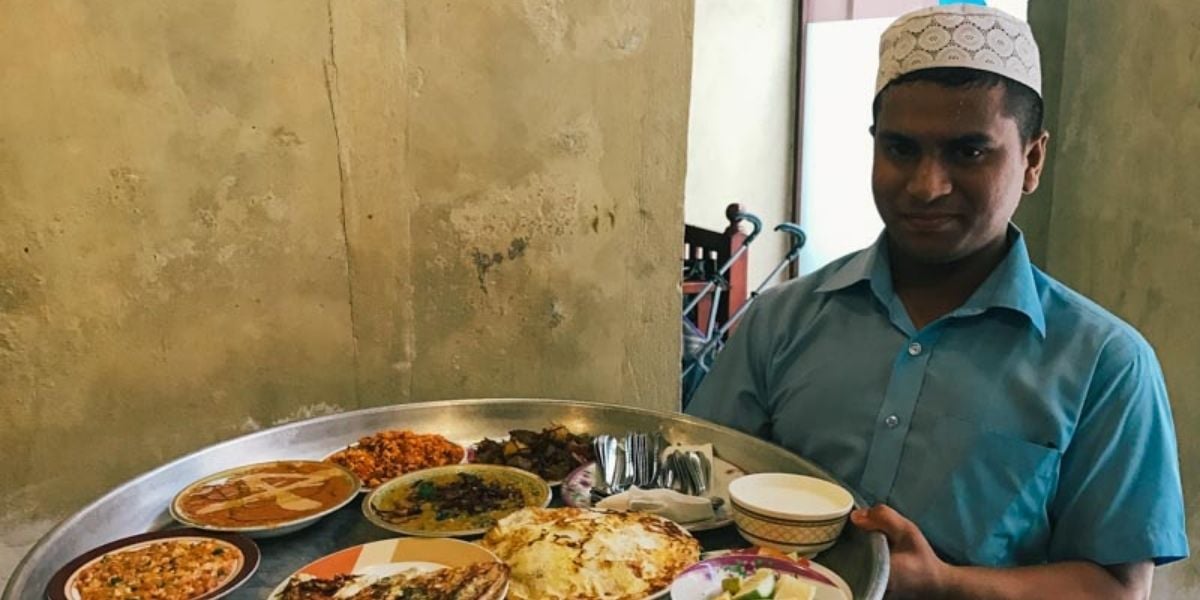 Bahrain for tourists is safe, interesting, and inexpensive. It’s beautiful, with a sunny beach and delicious food like biryani, khabeesa, machboos, and zalabia.

Bahrain is a great tourist destination. There are so many things to do in Bahrain, and the country is friendly and inviting. Tours to Bahrain are filled with history, not only about Jewish Bahrain but about the country as a whole. Bahrain sightseeing is a walk into another time and a great opportunity to explore this ancient country. For lovers of modern life, Bahrain is quite cosmopolitan. There’s great shopping, and it’s an interesting place to visit as one of the richest Arab countries.

One of the best parts of visiting Bahrain is its affordability. The country is less expensive than Dubai but boasts some of the same benefits of traveling there.

Read more about what you can do with these 16 bucket list ideas.

What is there to do in Bahrain? 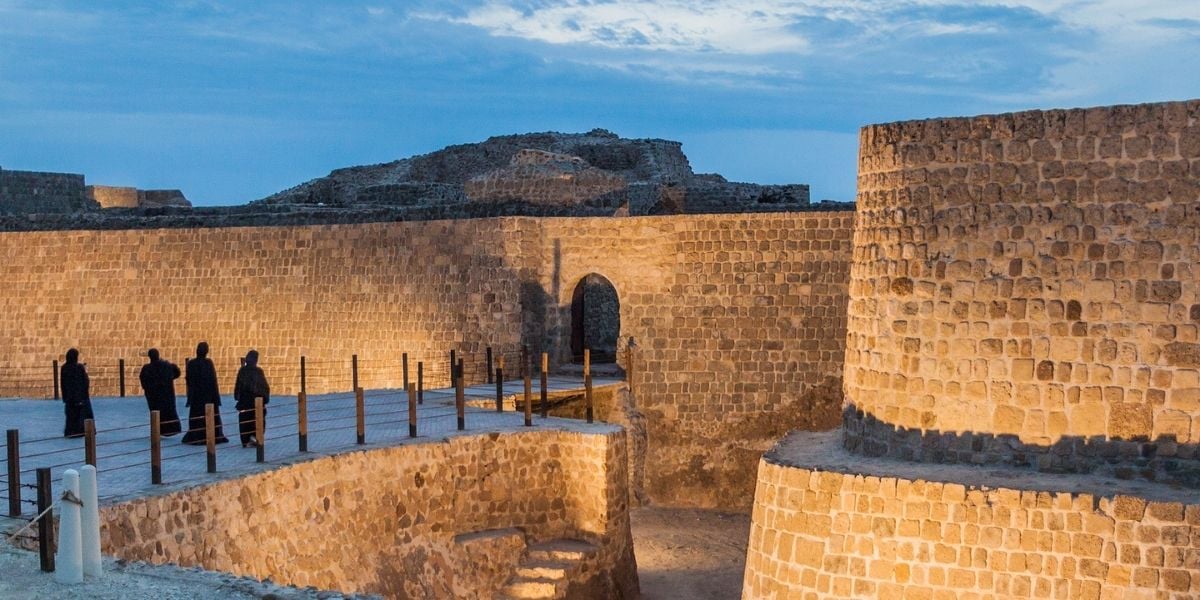 One of the most interesting things to do in Bahrain is to visit its various UNESCO World Heritage sites. A great place to visit on a tour to Bahrain is The Bahrain Fort, or Portuguese Fort. This place is a UNESCO World Heritage site, an archaeological site with seven layers, all from different periods from 2300 BC up to the 18th century. Learn about Kassites, Greeks, Portuguese, and Persians. 25% of the site has been excavated to reveal public, commercial, religious, military, and residential structures. Bahrain Fort was the capital of the Dilmun, an ancient civilization from the region.

Another UNESCO World Heritage site that’s a must-see on tours to Bahrain, the Perling Trail is on the coast and consists of a 3.5 km visitor pathway where you can walk by buildings that were involved in the pearling economy. Pearl diving was a big part of the Bahrain economy before the pearl market moved to Bombay, and many Jews were involved in the pearl trade in Bahrain. At one point there were 30,000 pearl divers in Bahrain, but today the trading of cultured pearls in the country is prohibited, so most people who pearl dived transitioned to working in the oil industry. The buildings along the Perling trail are important locations where pearl merchants, traders, and divers lived and worked. This is a great location for Bahrain sightseeing and one of the most unique things to do in Bahrain.

The Dilmun Burial grounds are a UNESCO World Heritage site and a great thing to do in Bahrain. They date back to 2050 BCE. The whole area comprises 21 archaeological sites in the western part of Bahrain, dating back to 2050 BCE. Some of them have multiple chambers and host the bodies of Dilmun royalty, and you can find out all about them on-site or at the Bahrain National Museum.

Historically, Bahrain was known for its precious pearls and pearl diving industry. While it’s interesting to learn about pearl diving history, it’s always more fun to participate yourself. Now, Bahrain for tourists has made it so anyone can experience what it was like to go pearl diving and take part in this ancient industry. Pearl diving as a main industry in the country has now been replaced by oil, but it is still possible to learn what it was like when this country was known for its precious stones. One of the most unique activities to take on tours to Bahrain is diving for precious gems. Divers are allowed to collect up to sixty oysters and can keep what they find. Now that’s an interesting souvenir to bring home from Bahrain!

This site is relatively new, only opened on September 19th. Bahrain has a rich past of pearl diving and a strong connection to the ocean, but they’ve carried on that tradition with this spectacular underwater theme park. Specifically for scuba divers, it’s a chance to explore an entirely new way of diving. Beneath the water, there’s a submerged Boeing 747 that acts as an artificial reef and a planned replica of a Bahraini pearl merchant’s house. You need to contact a diving tour guide to go here, but it’s totally worth it for such a unique experience. Make sure you pick the right tour guide with this list. 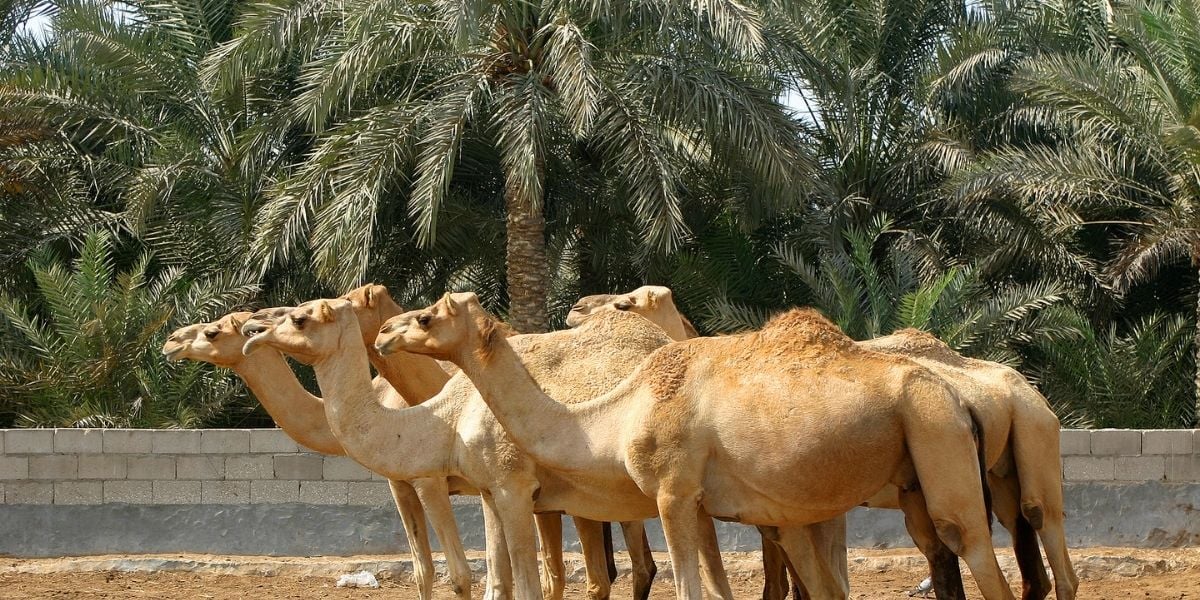 Bahrain seems to have everything for Jewish tourists. There’s a Jewish community with a fascinating history, sites from thousands of years ago, and a modern and cosmopolitan society that is exciting to explore.

Interested in a visit to Bahrain? See what tours we offer.