As someone who has spent the last 20 years of my life at the intersection of Jewish and Christian communities worldwide, I have been asked countless times by my Jewish friends, “Why do Evangelicals possess such love for the Jewish people and the land of Israel?” The question is usually presented with a mixture of perplexed amazement when a Jew first encounters this unwavering support, along with an often unspoken skepticism attempting to uncover “the real reason” for this phenomenon and this unique offer of friendship. The skepticism is due, of course, with concerns regarding “the Evangelical agenda”, the proselytization of the Jews, or relating an awareness of an apocalyptic theory that all Jews must return to Israel before the Second Coming of Christ. The skepticism is well understood. Christian history has not been good for the Jews, and though many Jews welcome this commitment of friendship nonetheless, it comes with deserved suspicion.

Pundits who would write off Evangelical support to a cloaked, conspiratorial strategy for mass proselytization or wide-eyed hyper-apocalyptic theories simply do a vast disservice to reality. Reporting Evangelical support for Israel as such is willful ignorance and shoddy journalism at best, and blatant misleading of the public at worst.

First, Evangelicals feel an enormous sense of gratitude towards the Jewish people. There is  a solid and increasing sense of appreciation for the Jewish foundation of the Christian faith. The Scriptures, the prophets, the Ten Commandments, the Mosaic foundation of Western law, the Jew Jesus, the early “Christian” leaders, who were all Jewish; these are all an absolute, a byproduct of Jewish fidelity to Jewish identity, which often came at the ultimate price of persecution or martyrdom of the Jews. Evangelical Christians stand in awe and are profoundly grateful that we in the West live in an ethical monotheism which is the result of Jewish faith and perseverance.

Secondly, Evangelicals have a tremendous sense of repentance, tshuvah, for the past horrors perpetrated on the Jewish people, especially those done under the banner of Christianity. It should be noted that Evangelicals do not relate to “crusaders” or more modern Christian expressions of antisemitism as even remotely “Christian”. Indeed, this a significant disconnect from Rome-based Christianity for an Evangelical has validation in history and the current day. As were the Jews, Proto-Evangelicals were often persecuted in times such as the Inquisition. Moreover, today, there is great tension and even animosity between Catholicism and Evangelicalism throughout Latin America, as, for example, Evangelical growth often results as Catholics abandon Catholicism for Evangelicalism. Simply put, Evangelical Christianity is distinctly philo-semitic in its theological orientation, while historic Roman based Christianity has not been so, the blessed progress of Nostre Aetate, and the graciousness of John Paul II notwithstanding. Thus, Evangelicals feel a tremendous sense of pain and sadness for what has been done in ancient and modern history to the Jews in the name of Christianity, coupled with a profound sense of wanting to help right that wrong.

Finally, there is, undeniably, an exponential increase of Christian martyrdom at the hands of jihadist Muslims around the world. There is a growing sense that much of the more liberal, mainline versions of Christianity are drying up and may soon cease to exist  Yet, today Evangelicalism is experiencing exponential growth.  That growth, tragically has come with increasing persecution, especially at the hands of Islamists. Evangelicals understand intuitively that radical Islam is a threat to the Jewish people, the State of Israel, Evangelicals, and in reality, the modern, civilized people of every background. Evangelicals understand the need to forge alliances in light of this threat, and that the future existence of our world may well depend on how we bond together.

Evangelicals are natural allies of the modern State of Israel at a time when identifying and cultivating these supporters is crucial. We as a community have demonstrated unwavering support for decades in every way imaginable. Continuing to buy into media stereotypes for Evangelical motivation does a great disservice to this important relationship and slows progress towards mutual goals. In short, the Jewish community would do well to be as welcoming in reaching out and developing relationship with the Evangelical community as they have with mainline Christian denominations and other interfaith groups.

Sometimes, people just want to be your friend.

Join Reverend Stearns on a trip to Jerusalem! 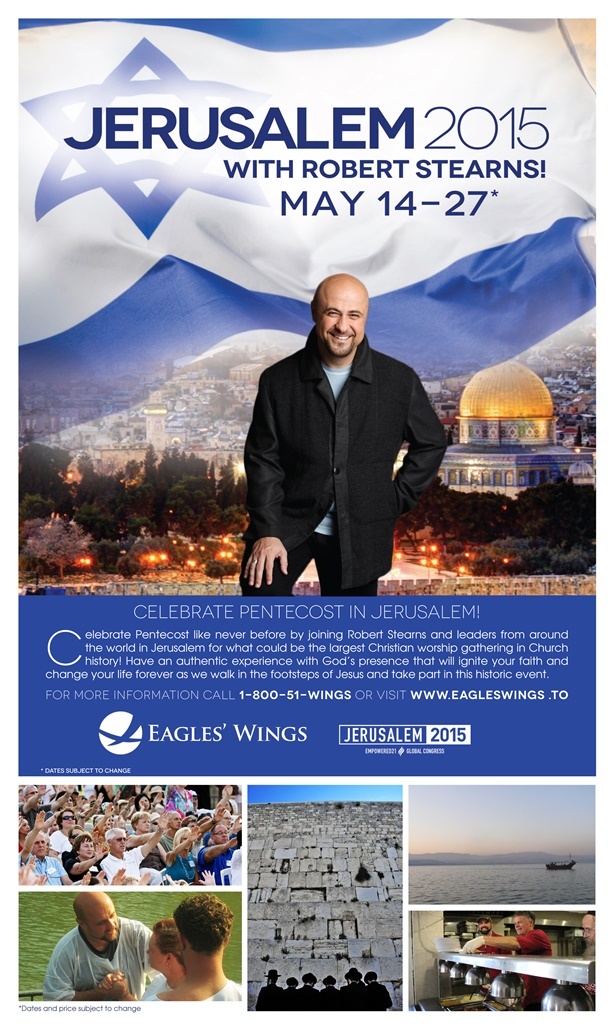