Visiting the Fantastic Karlovy Vary in the Czech Republic 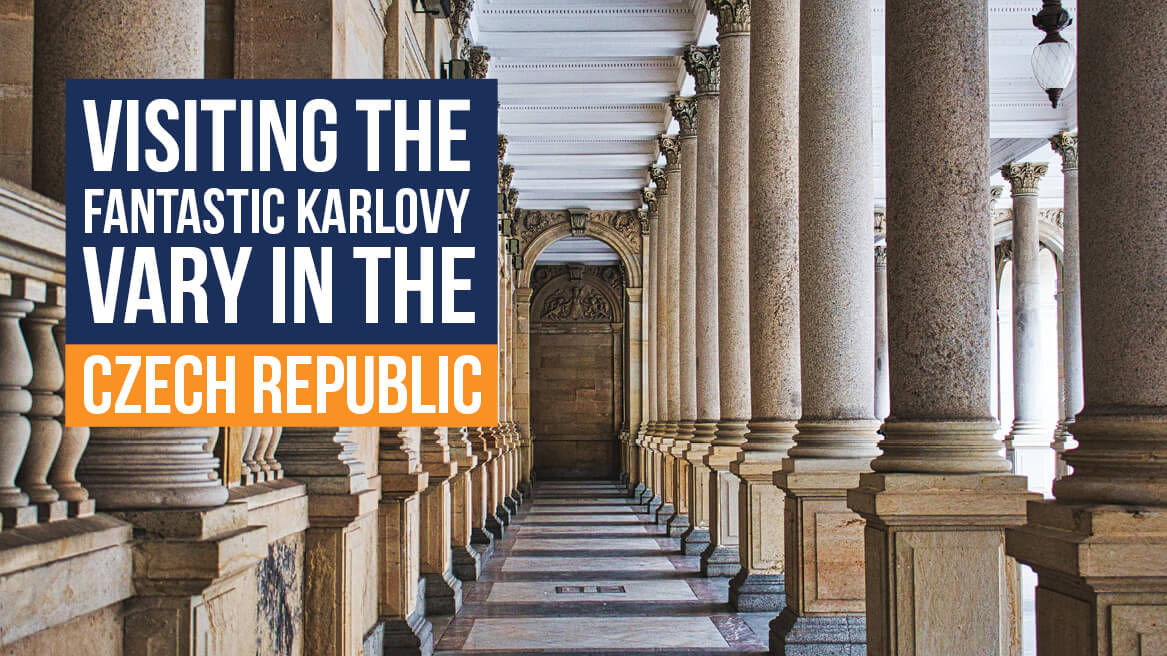 Karlovy Vary, also known by its German name, Karlsbad, is one of the most popular places in Czech Republic to visit, and for a myriad of historical, cultural, artistic and architectural reasons. This is a spa resort town that you must add to your travel itinerary. It was founded in mid-14th century, and it keeps on attracting countless visitors with its first-rate hot springs commonly housed in stunning Neoclassical and Art Nouveau edifices from the late 19th and early 20th centuries along the charming riverbank.  Some of the most famous town’s guests include Goethe, Karl Marx, Peter the Great, Beethoven, Chopin, Schiller, and many others. Karlovy Vary is also a center of arts and culture so, while here, make sure to visit a few of its numerous museums, galleries, performing arts centers, and festivals.

Your first stop on the way to the town is this well-preserved 12th-century beauty, perched on top of a charming green hill, overlooking the village. Hrad Loket is a Gothic castle surrounded on three sides by the river Ohře, situated just 12 kilometers from Karlovy Vary in the town of Loket. From the 18th to the 20th centuries, it was used as a prison, and you can still see the torture chambers. But on happier note, the castle is divided today into nine parts, housing various medieval artefacts for you to see, as well as the mostly unaltered medieval interior, the Margrave's House with its collection of porcelain, the remains of a Romanesque rotunda, the wedding and the ceremonial hall, the historical arms, the archeological hall, and so much more.

Now we’re off to experience some superb arts and culture. First, make a stop at the Karlovy Vary Museum, which will tell you the story of this town, but also of the region. It’s a long, complex, rich and intriguing tale. You will witness here the region’s history, wildlife, architecture, glass and porcelain production, the town’s development into a spa center, and so much more. You’ll also have the opportunity to explore its excellent library, as well as learn about the therapeutic qualities of the town’s waters.

After that, visit the Karlovy Vary Art Gallery, home to an excellent collection of the most valuable works of art by leading Czech artists, particularly paintings and statues. Besides this permanent exhibition, there are also short-term exhibitions, concerts and theatrical performances for you to enjoy.

This gorgeous 18th-century high Baroque church is one of the most important Baroque structures in the country. The Church of St. Mary Magdalene was built on the site of a previous 14th-century Gothic church of the same name, which was surrounded by a cemetery.  Opened in 1737, in the center of the city's spa area, it’s recognizable for its wonderful twin spires.

It’s not respected only for its stunning exterior in the middle of the charming setting, but also for its absolutely splendid interior, which houses a number of immensely significant religious artifacts, paintings of biblical scenes, Baroque Eucharist sculptures, a Gothic statue of the Madonna, a lovely altarpiece, a crypt with a funeral chapel, and much more.

This largest and the most important Orthodox Church in the entire country, boasting a vast splendor for all its visitors to admire, was completed in 1897, thanks to the funding efforts by affluent Russians visiting the town’s popular spas. It was designed by local architect Gustav Wiedermann, with the Church of Holy Trinity in Ostankino, in Moscow, as his inspiration. Therefore, you will easily recognize its impressive blue roof with golden domes. When you’re done taking many photos of this beauty, go inside to be inspired by the Greek-cross-shaped interior as well, which offers its guests a views of its beautiful murals, a relief of Czar Peter the Great, a wooden wall filled with amazing paintings and icons, and so much more.

It’s time to catch a movie in the most relaxing and entertaining of atmospheres. Founded in 1946, you can enjoy the Karlovy Vary International Film Festival for several days every year in July. It’s not only one of the most popular European film events, but also one of the world’s oldest. The town fills up with visitors from across the world, including some of the biggest names in the film industry, all wanting to see a few of the hundreds superb movies screened.

Now that you’ve seen some brilliant films, and enjoyed some stargazing along the way, it’s time to finish this wonderful day with a visit to one of the town’s numerous spas that offer a relaxing and therapeutic experience. Some of the places you can visit include the largest spa – the historic Neo-Baroque Elizabeth Spa, built in 1906; the popular Hotel Imperial overlooking the town; the famous Grandhotel Pupp, built in 1781; the Neo-Gothic Spa III on the banks of the River Teplá, opened in 1866, and many, many more.