Visiting the Dreamy Town of Boskovice in the Czech Republic 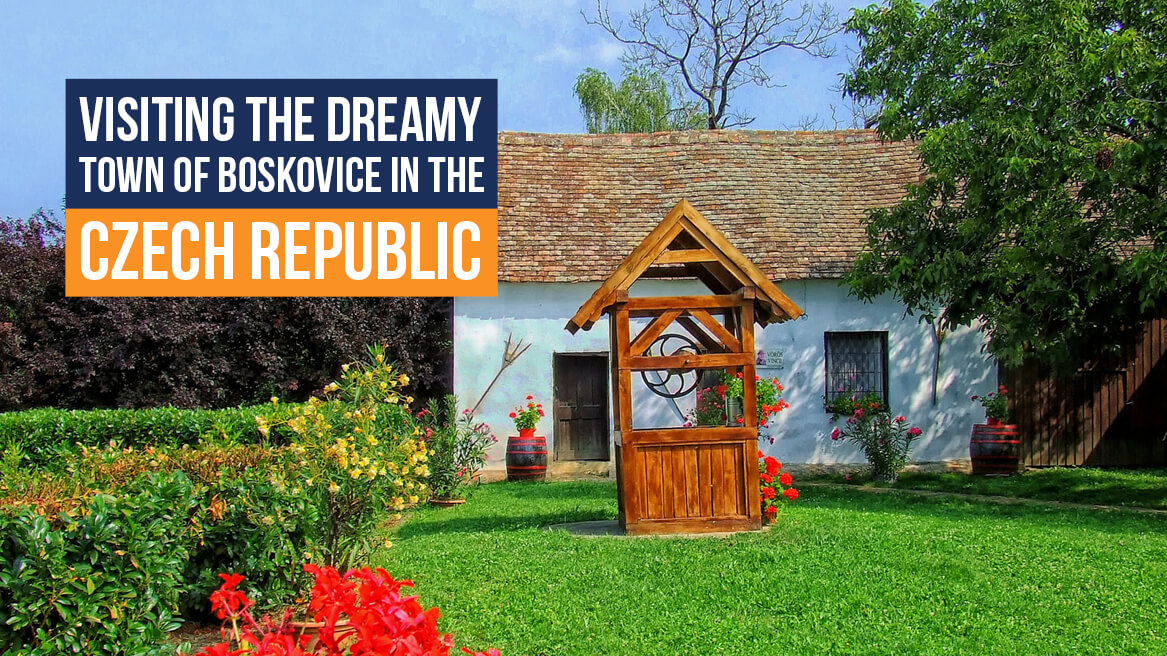 Boskovice is a small town situated just 30km from Brno. It is the most important town of the Moravia Region, one of the main historical regions of the Czech Republic, the other two being Silesia and Bohemia. Boskovice has numerous attractions, including an important historical center, a castle, a château, the Jewish quarter, a museum, many family wineries and a fantastic summer festival. Here are some of the things you can see in this charming town and just some of the reasons to include Boskovice in your tour to Eastern Europe.

Overlooking the city, the Gothic-Renaissance castle was first referenced to in 1222. It was abandoned in the 18th century when the nobility moved to the château. Unfortunately, its roof and walls were torn down to be used as the materials for new buildings, leaving only the skeleton of the once massive structure. It is a gorgeous and romantic site nonetheless, which offers impressive views of the landscape. There is also a small museum here that tells the castle’s history, and which houses the country’s only functional twenty-six-meter-deep well with a wooden treadle wheel dating back to 1671.

This Empire-style château, surrounded by a wonderful English park, is one of the most beautiful structures of its kind in the country. It stands on the site of a Dominican monastery, which was built in 1682 and abolished a century and a half later. Its transformation into a château lasted from 1819 until 1826. The Dominican church in the eastern part of the monastery was demolished, but one of the original monastery wings has been preserved. The historical interior is richly decorated and includes superb period furniture, a large library, and valuable paintings.

The amazing Museum of Boskovice, located in a former manor, opened its doors in 1905. It has quite a few wonderful exhibits, including the permanent exhibitions on the history of Boskovice, the history of the local Jewish community, the Minerva sewing machines, unique agricultural machinery, etc. It has over 22,000 items, mostly archaeological findings, as well as tens of thousands of historical and contemporary negatives and slides, while the Museum Library is home to over 7,000 books. The Museum is also a major publisher. It organizes lectures and cooperates with other organizations on a variety of events.

In the eastern part of the town, you’ll find a large and magnificent garden. It is part of the arboretum complex, Two Courts – Šmelcovna, and it consists of the ornamental section and the fruit trees section. The nearly nine-hectare area is dedicated to both education and relaxation, and it’s home to awe-inspiring nature and landscapes, historic orchards, and the zookoutek – an area for dwarf-sized animals, including sheep, goats, rabbits, hens, pigeons, guinea pigs, and parrots budgies. The Arboretum hosts many events, such as the International Children’s Day event, the annual exhibition of fruits, vegetables, and garden products, and the Advent Binding Days event, when the visitors can see the lovely Christmas arrangements and create their own.

Jewish people settled down in Boskovice probably in the 15th century, with time becoming one of the largest Jewish communities in Moravia. However, only a few people from this town and the nearby villages survived the WWII concentration camps. The town’s former Jewish ghetto is one of the best preserved in the Czech Republic, with its 18th-century houses, a school, a hospital, a rabbi’s house, a fountain, lovely cafes, shops with handmade products, etc. You’ll see a gate leading to the ghetto, the old Jewish Spa, and the Great Synagogue. Known as the Synagogue Maior, it was built in 1698 in the Baroque style, with elements in the Empire and neo-Gothic styles added during the renovations. Today, it hosts various events, such as concerts and exhibitions on Jewish history. While in the town, visit the Jewish cemetery, where the oldest gravestones date back to the 17th century.

This Late Gothic edifice was first mentioned in 1346 but was built before that. Quite a few changes have been made to it since, due to several fires and renovations. However, the remnants of the 18th-century cemetery walls are still visible. Both the exterior and the interior of St. Jacob’s Church are exquisite. Its main tower, with a clock and bells, is forty-one meters high and is accompanied by a small tower. The interior includes five altars and the carvings transferred from the abolished Dominican monastery. There are gravestones under the church, including the beautifully ornamented marble Renaissance tombstones of the Zástřizl family.

One of several annual events you can enjoy in this lovely town is the Boskovice Festival, held every July since 1993. The goals of the festival are to assist the restoration of the Jewish Quarter and to promote multiculturalism. It includes many events and projects by people from countries across Europe and the world. All types of music are played here, from international classical jazz, to live performances by rock bands. You can listen to authors reading their works, or go to see one of many films, plays, and exhibitions.