If you’re looking for a trip for Passover, have you thought about Bahrain? This Gulf country is home to an ancient Jewish community living in modern cities, and it’s also a unique opportunity to explore various islands, participate in watersports like kitesurfing and windsurfing, and learn about the thousands of years of history in this unique location. It’s worth the trip.

So what’s the history of the Jews in Bahrain? It’s old, interesting, and varied.

Bahrain Jews have been in the country since ancient times and even lived in Hajar, the capital of Bahrain, in 630 C.E. Benjamin of Tudela visited the Jewish community in Bahrain in the 12th century and noted their involvement in the pearl industry.

The community today is made up mostly of Jews from India, Iran, and Iraq who arrived in the late 1800s and worked in textiles, commerce, and crafts. Many left after the birth of the state of Israel, but today there are still 36 Jewish citizens from six families in Bahrain. Bahrain is the only country in the Persian gulf with a synagogue and it has a Jewish cemetery.

While the community is small, Jews in Bahrain feel welcomed in their home country and enjoy equal rights as their Muslim Neighbors.

The Abraham Accords changed the dynamics of the Middle East, and Bahrain’s Jewish community felt the change as well. Before the Abraham Accords, Bahraini Jews were unable to visit Israel since they held Bahraini passports. They had family in Israel and connections, but now things have changed.

On September 15, 2020, the Declaration of Peace, Cooperation, and Constructive Diplomatic and Friendly Relations Between Israel and Bahrain was signed in Washington D.C. After the Abraham Accords, Israelis and people from Bahrain can travel between the countries, allowing many members of the community to reconnect with relatives, and making Bahrain one of the most interesting new Jewish travel destinations.

Bahrain could even be a great destination for Jewish heritage tours.

Does Bahrain Have Kosher Restaurants And Hotels?

It is possible to go to Bahrain on a kosher trip. The Ritz Carlton in Manama offers kosher food. Arieh Wagner of Starguest will be providing boxes of kosher meals at the Ritz-Carlton hotel. With Arieh Wagner’s involvement, it’s possible to keep Kosher in Bahrain on an organized trip. It’s important to book kosher meals at least 24 hours in advance.

The Merchant House, Intercontinental Regency, and Rotana Downtown are all within walking distance of the synagogue.

Are There Jewish Things To See In Bahrain?

Bahrain has a unique Jewish history, but also an intriguing culture - check our cultural tours to find out more options.

Things To See In Bahrain

Manama City is a top location to visit in Bahrain and is the best place to see glistening skyscrapers, the Bahrain World Trade Center, and traditional markets. If you’re a foodie, the cuisine is unmatched. Bahrain is known for its food and fine dining, and there is no better place to explore it than at Manama City. While you’re there, visit the Bahrain National Museum, Bahrain National Theater, the Manama Souq, and the Al Fatih Mosque. You could spend a few days in Manama City, getting to know Bahrain. 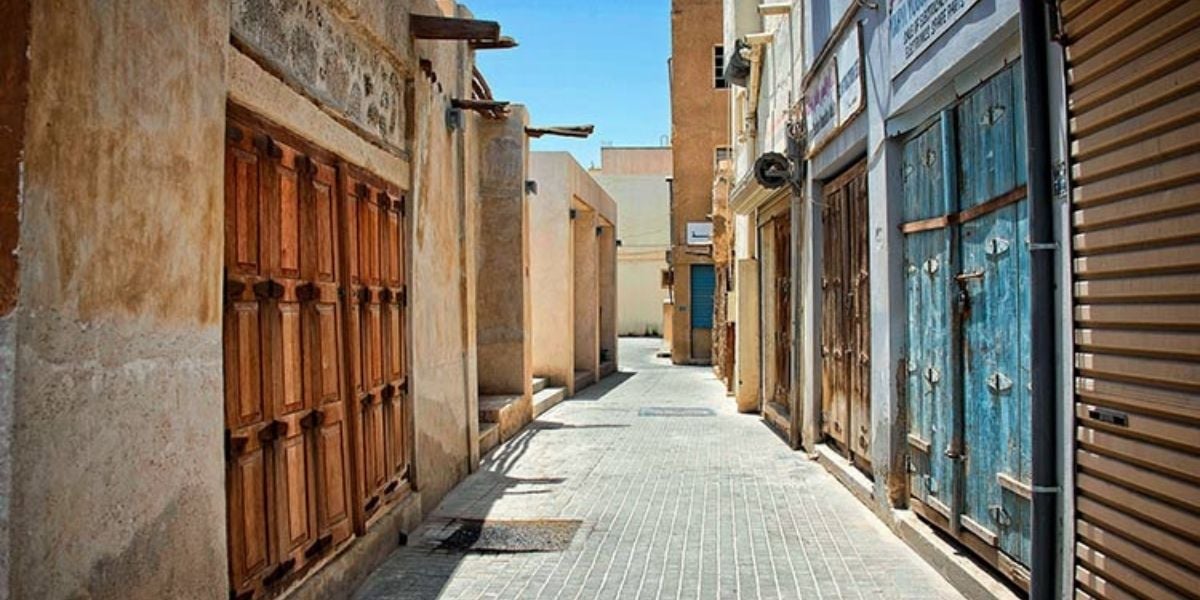 Amwaj Island is a group of artificial islands. It’s home to some of the best beaches in Bahrain, as well as malls and great restaurants. Amwaj Islands is for the foodie and the shopper. Amwaj is a great place to stay for 4 and 5 star hotels like ART Rotana Hotel and Resort, The Sea Loft Boutique Chalets, The Grove Hotel and Resort, and the Dragon Hotel and Resort. If you’re also craving nature in this modern location, visit the Azizia Bird Kingdom and explore the 70 species of rare and colorful birds inhabiting it including a red-vented cockatoo, Jaca peacocks,and the world’s largest pigeon. It’s also a great location for watersports–from windsurfing to kitesurfing, this is a sport’s enthusiast’s stop.

One of the coolest ways to see Bahrain is its islands. Hawar Island, home to dolphins and pink flamingos, is the place to go for nature lovers and lovers and people who love water sports. Book a luxury resort stay and birdwatch or search for sand gazelle and Arabian Oryx. This is the kind of escape you’ve been waiting for.

Bring something back from your trip to Bahrain. This traditional market is a great place to get artisan crafts and antique goods from the country. Smell lovely spices, browse Jewelry and other souvenirs. Visit Gahwa, a traditional Bahrain coffee shop. Try bargaining and see what you can get. Eat some cheese samosas or kebabs, and sip on saffron-infused chai.  This is truly a Bahrain experience.

Take a look at artifacts dating back to 4,000 years ago about the history of Bahrain while you enjoy the sea breeze at this beachfront museum, the largest public museum in Bahrain. It includes a hall of Dilmun, Graces, Customs and Traditions, Tylos and Islam, Documents and Manuscripts, and Traditional Trades and Crafts. The museum comprises 6 sections and is a great way to spend the day in Bahrain.

Al Jasra is a special village on the Western coast of the Kingdom of Bahrain known for its arts and crafts. Bring back a beautiful piece of pottery, or a textile. The Bahrain Handicrafts Center is a great place to buy traditional pieces or to take a workshop from a craftsman at work. The Al Jasra House, the former residence of Sheikh Salman Bin Jamad Al Khalifa, is a great place to visit and observe the unique coral stonework. 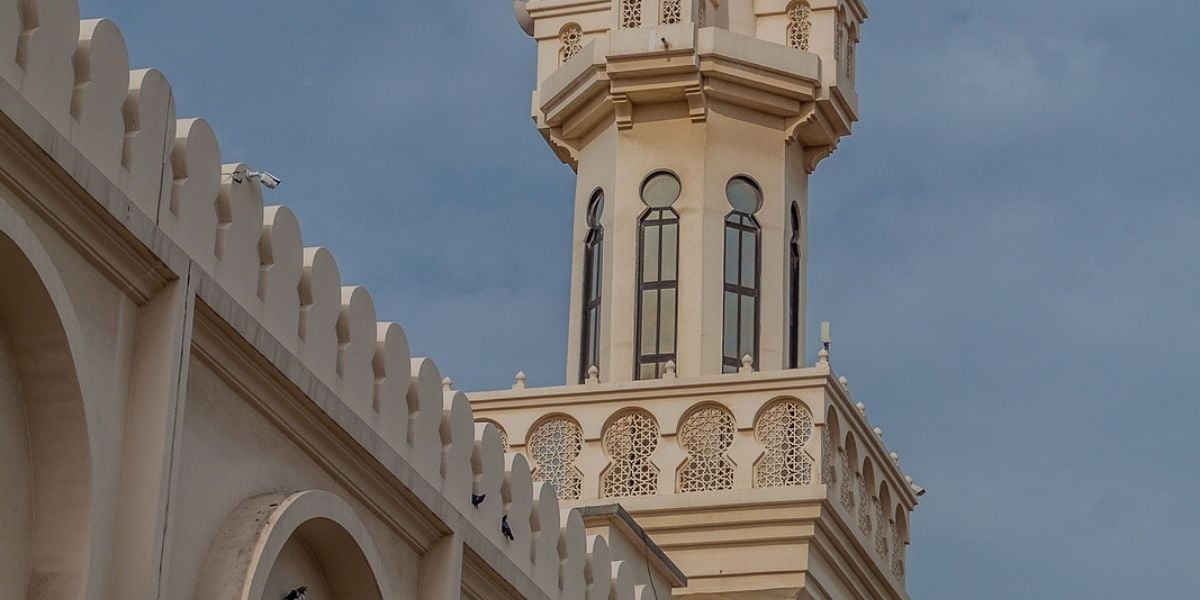 Hamad Town is one of the most culturally diverse places in Bahrain. Visit the Bahrain International Circuit, a location for Formula One. Or head to the Souq Waqif and Bahrain Flea market for shopping.

Bahrain isn’t just modern cities–it has centuries of history, as well. A’Ali is a city famous for its traditional pottery and also because it is home to famous burial mounds constructed 4,000 years ago. In royal mound 8, there are five separate chambers to explore. The city is also lovely to explore.

This Unesco World Heritage Site is a Portuguese fortress from the 6th century. There are also large mounds excavated from 2,300 BC. It can get rather hot at this destination, so try to visit a few hours before sunset. 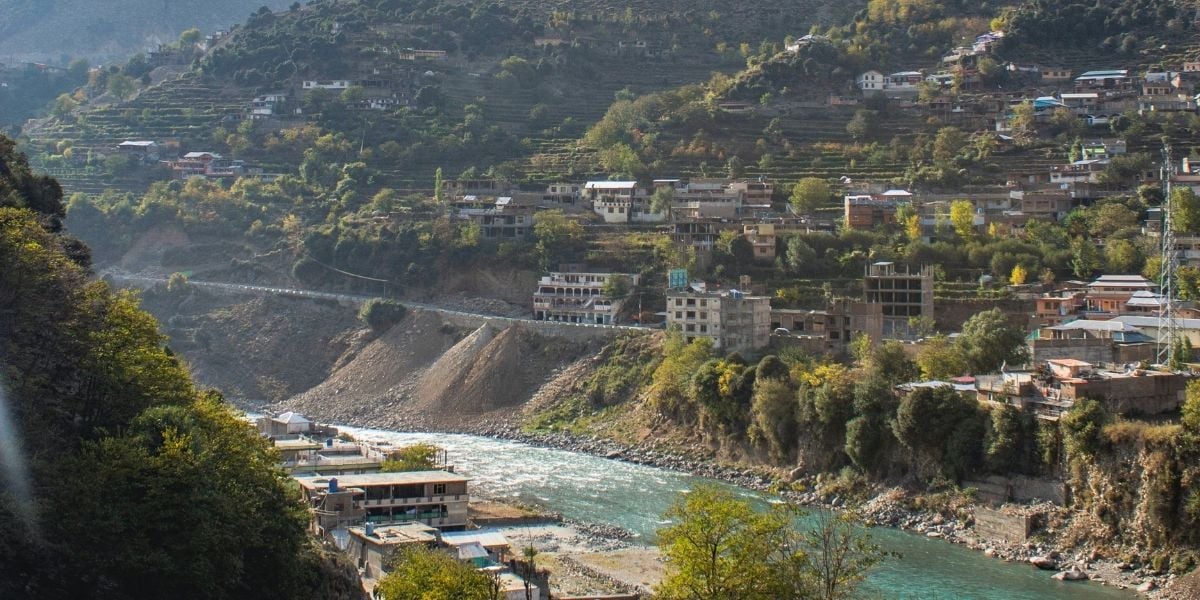 There are so many interesting places to visit in Bahrain and things to see. Bahrain is a great destination for Jewish travel that’s a little off the beaten path, and a chance to meet a community that is changing greatly due to the Abraham Accords. What are you waiting for? Visit Bahrain with us today - Gil Travel.