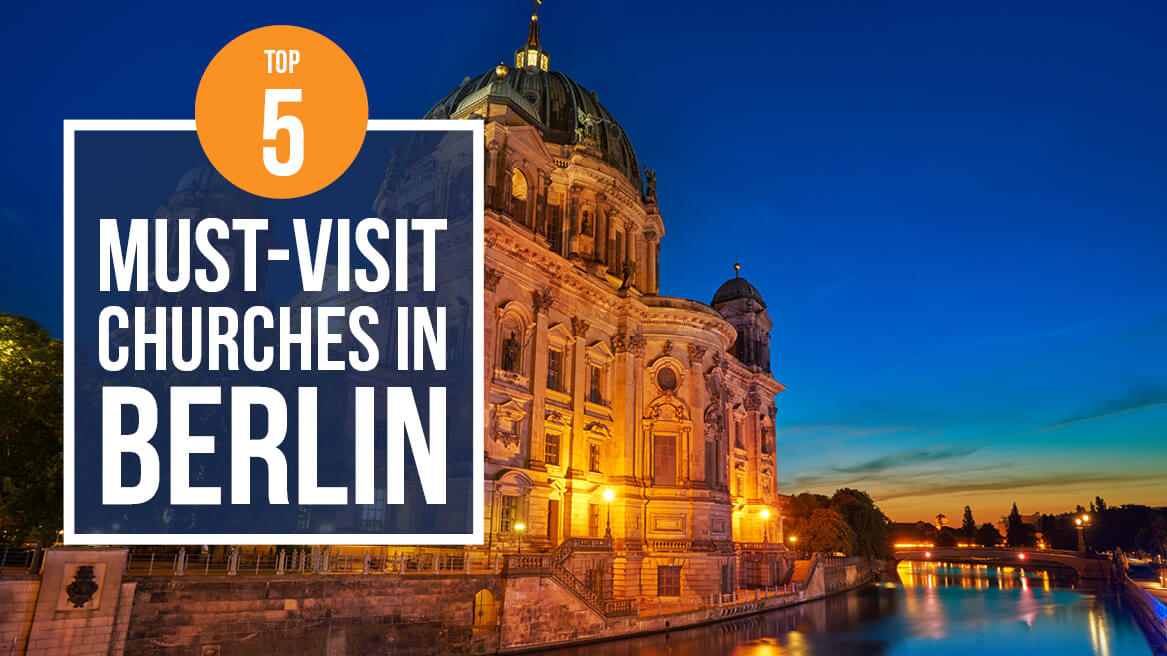 This exquisite place is a Roman Catholic church of the Roman Catholic Archdiocese of Berlin, built in 1963 in the name of the German Catholics and in honor of the Martyrs for Freedom of Religion and Conscience in the years 1933-1945. The church is a memorial to Jewish people who died during WWII, and you’ll find it just a short walk away from the memorial Gedenkstätte Plötzensee – the concentration camp and the execution site. As a matter of fact, the church faces its neighboring memorial and itself stands as an anti-Nazi symbol, as envisioned by its architects, Friedrich Ebert and Hans Schandel. The building consists of the upper church, the ceremonial hall, and the crypt that is home to the ashes of Erich Klausener, the first martyr of Berlin's Catholic diocese during the Nazi years; the inscriptions dedicated to Provost Bernhard Lichtenberg; and a grave that symbolizes all the martyrs who were denied burial sites by the Nazis.

Known as Gedächtniskirche, while its west tower is nicknamed "der hohle Zahn" ("the hollow tooth"), this fascinating Protestant church, affiliated with the Evangelical Church in Berlin, is located in the center of the Breitscheidplatz. This structure was consecrated in 1961, after it was built on the site of the original, neo-Romanesque church, the foundation stone of which was laid in 1891 on Wilhelm I's birthday. The older structure suffered major damage in the 1943 bombing, but luckily, its damaged spire, the altar, the baptistery, and the ground floor were saved, the latter of which today serves as a memorial hall.  The contemporary building is a famous landmark that consists of a church, an attached foyer, a separate belfry, a chapel, and a wonderfully rich interior that includes the Crucifix suspended above the altar, a 13th-century Spanish wooden crucifix, and a plaque honoring the Protestant martyrs who died between 1933 and 1945.

The Church of St. Nicholas is the oldest church in Germany’s capital, built between 1220 and 1230. The late-Gothic beauty with two spires and an added set of 41 bells, renowned for its acoustics, is located in central Berlin, in the area known as the Nikolaiviertel or 'Nicholas quarter', famous for its restored mediaeval buildings. It was originally a Roman Catholic church, but it became a Lutheran church in 1539 after the Protestant Reformation in the Electorate of Brandenburg. However, 31 October 1938 was the last day the Church of St. Nicholas served as a place of worship. Afterwards, the building was used by the government as a concert hall and ecclesiastical museum.

Heavily damaged in WWII, it remained in ruins until 1981 when the reconstruction started based on the old designs and plans. Today, the church mainly serves as a museum and sometimes as a concert venue.

This Roman Catholic cathedral is the seat of the Archbishop of Berlin. The neoclassical building resembling the Roman Pantheon was built from 1747 until 1773, on the land given by King Frederick II to the parishioners. It was the first Catholic church in Prussia after the Reformation, and it was dedicated to the patron of Silesia and Brandenburg, Saint Hedwig of Andechs. The Cathedral houses the remains of priest Bernhard Lichtenberg who prayed publicly for Jews at the evening prayer after the Kristallnacht pogroms in November 1938. He died on the way to the concentration camp at Dachau. Lichtenberg was awarded the title of Righteous among the Nations and was beatified by the Catholic Church. The Cathedral was destroyed during WWII and reconstructed from 1952 until 1963. It includes eight chapels, a modern interior, three impressive tapestries and an equally impressive dome.

The American Church in Berlin, also known as the Luther Church, is an international congregation, loosely affiliated with the Evangelical Lutheran Church in America. It was built between 1898 and 1903, mainly in the neo-Gothic style, with its origins going back to cca. 1865, when American families were meeting in each other’s home to pray. Damaged during WW II, the church was reconstructed in 1972, and it includes a beautiful interior with mosaics of Jesus Christ, the Virgin Mary, and the twelve disciples. Today, it's an active English-speaking worshiping community, and it includes members from more than thirty nations and seventeen Christian denominations. They hold services every Sunday and offer Christian Education and English language programs for children, youth, and adults.