16 Things to do before you die: if you’re going to read one list, read this one 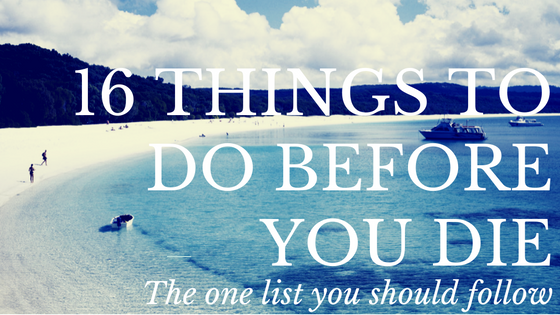 Make the most of your regrets; never smother your sorrow, but tend and cherish it till it comes to have a separate and integral interest. To regret deeply is to live afresh.
~ Henry David Thoreau

We all have regrets about things we could have or should have done.  Most of us have a tendency to bury those regrets deeply in a drawer seldom accessed to avoid feeling that icky feeling that you had a chance to do something, and didn’t do it.  What if you turned that paradigm upside down?  Embracing regret is the best way to get motivated to do something.  And it’s never too late.

So if you’ve been dreaming about doing some amazing things before you die, I've created a list of things that I've experienced and might inspire you.  If you’ve been spending your time regretting that you haven’t done the things you want to do before you die, I hope this will help.  And if you’ve been in denial about the things you wish you’d done, going about your day as if they can be forgotten, hopefully, my list just might inspire you to dream about doing some cool things again.

I swam with sea turtles in the Maldives while on my honeymoon – it’s a very cool experience.  But you don’t necessarily have to venture as far to see these cute creatures in their natural habitat.  Sea turtles can be found in a lot of regions including Mexico, Hawaii, Puerto Rico and more. The best part is that you don’t need to go scuba diving to experience this (for the less adventurous among us).  A simple snorkel and mask is all you need. 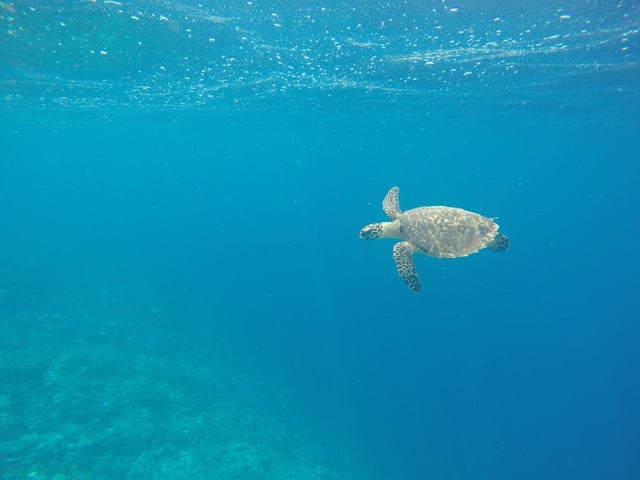 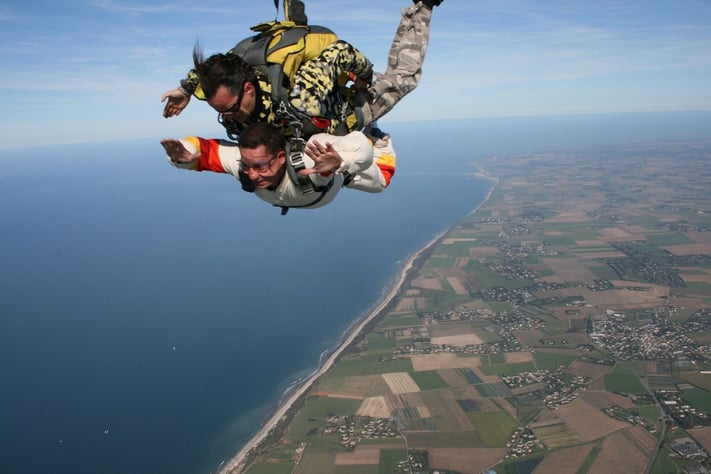 I’m afraid of heights.  My husband is an adrenaline junkie.  He keeps threatening to surprise me with a sky diving day for my next birthday.  So whether you’ve been thinking about sky diving for years or you’re trying to muster the courage to do this one, this is the year to overcome fears and jump. 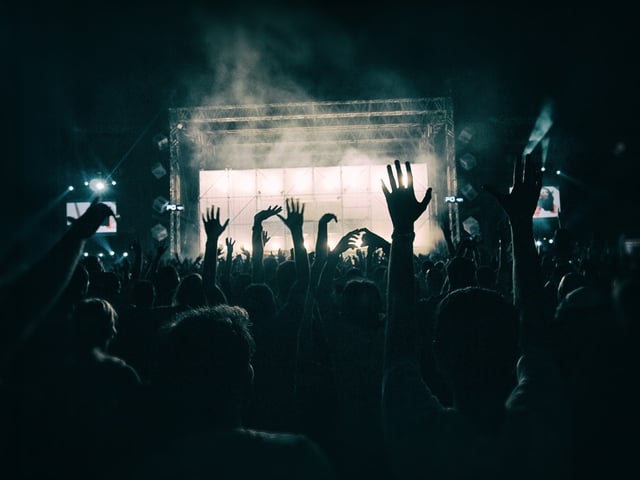 Most of my favorite bands are in the history books.  They’ve long since broken apart or the lead singer is playing his guitar at the pearly gates.  But I do have one or two left that are still kicking and hearing them play live is the best feeling.  I went to a Coldplay concert in London a year ago and was mesmerized.  A year before that I heard Leonard Cohen deep hypnotic voice one last time. It’s worth it. 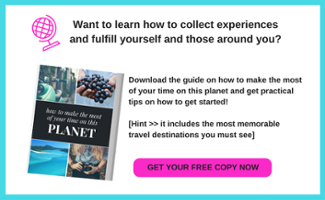 4. Go on an African Safari 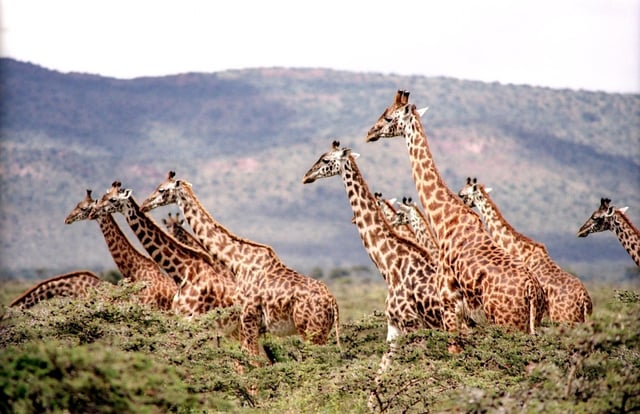 Channel your inner National Geographic, buy some safari-wear, pack a good camera and go.  Tanzania is a great choice for seeing all the animals you’re dreaming of seeing up close – lions, zebras, giraffes, hippopotamuses, rhinoceros…you get the picture.   For the unique deluxe version, opt for staying in a British-colonial style tent with all the modern amenities. 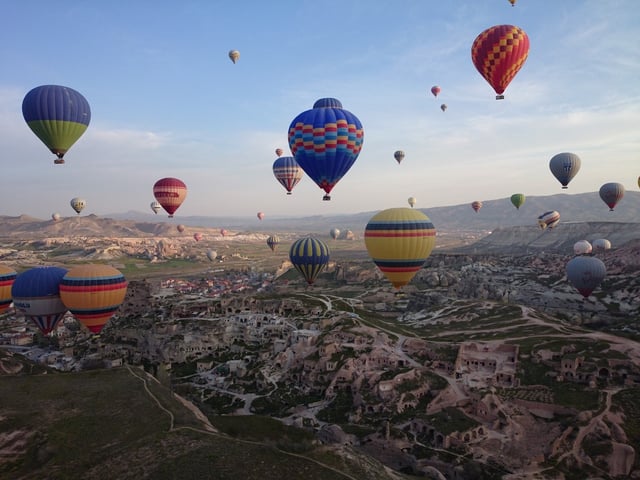 This is a lesser known fact but there is a place in Turkey called Cappadocia known for 2 things.  The first is the geological wonders of this place.   Mansions, churches, and underground cities were carved out of rock formations from ancient volcano eruptions.  Many of the hotels in Cappadocia are in these rock formations.  The second is that for some reason, it’s a place known for hot air ballooning.  Flying in a hot air balloon over the hills and valleys of cities built out of rock, is a unique way to tick the hot air balloon box on a bucket list.

6. Float in the Dead Sea

This one’s from my last venture to the Dead Sea with a group of friends for some floating and skincare.

The Dead Sea is the lowest place on earth.  It’s also a magical spot and one of my favorites.  The view is of desert mountains in shades of red and blue water with salt crystal formations.  And the best part is because of the high density of salt in the water you float effortlessly.  If you don’t feel like going in the water, you can cover your body in mud that works wonders for skin.

My favorite time to be in New York City is in the springtime.  The trees are blooming, the weather is perfect and I can walk for hours.  But New York City in the winter is just as magical.  Around Christmas time, the city is hopping with excitement and beautiful decorations.  As a kid, I loved ice skating in Rockefeller Center.  Skating around with the buildings towering over you from every angle is a special way to experience an ice rink.

8. Spend a night in a tent in the wilderness 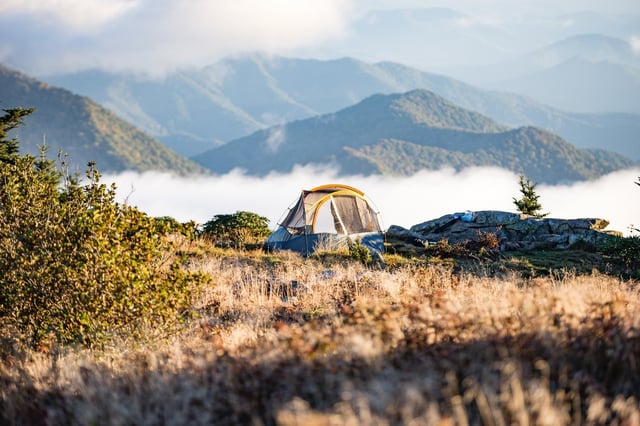 You don’t have to do this alone.  Find a friend or a few that are willing to be a little adventurous and pitch a tent.  Waking up in the wilderness in the morning is the most refreshing feeling.  Several nights requires you to be an avid camper or nature lover.  One night is just the right amount for a little connection to nature, a little disconnection from our TV’s and some fresh air.

9. Stay in an overwater bungalow 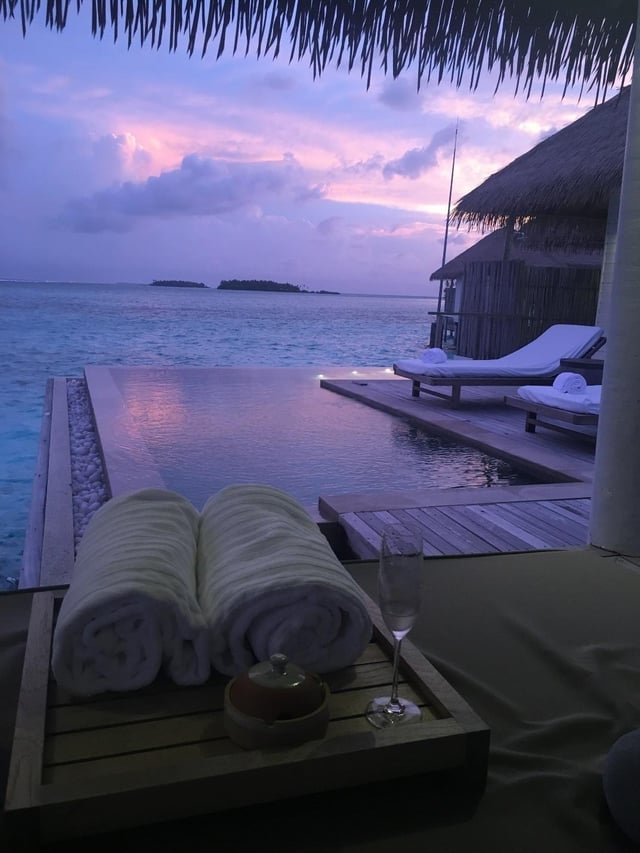 This over water Bungalow was perfect.  It was VERY hard to leave.

This is by far the most incredibly beautiful and incredibly luxurious experience.  You’ll be surrounded by pristine waters and that’s about it.  The bungalows are usually the hotel’s highest room category which means you’ll have all the comforts so you can sit back and enjoy the view.  The Maldives and Bora Bora are best known for these though some hotels in Mexico have started to follow suit too.

10. Become a mentor to someone 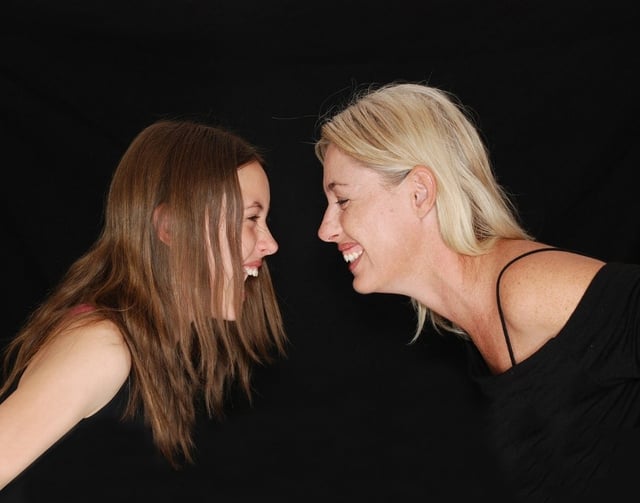 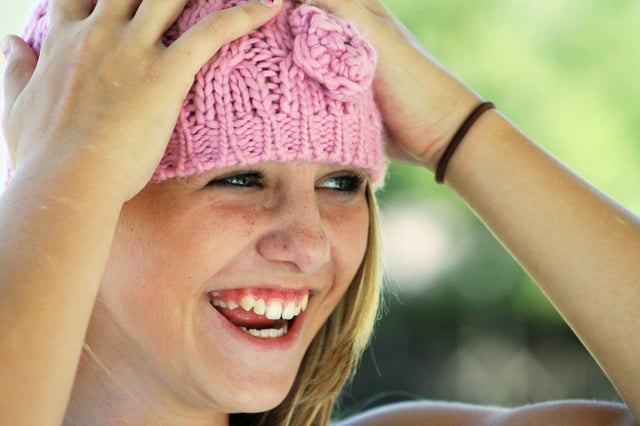 It’s just about the best feeling in the world to get flowers from someone.  It’s such an easy way to put a smile on someone’s face, why not be the one to make that smile?

12. See a coral reef up close under water 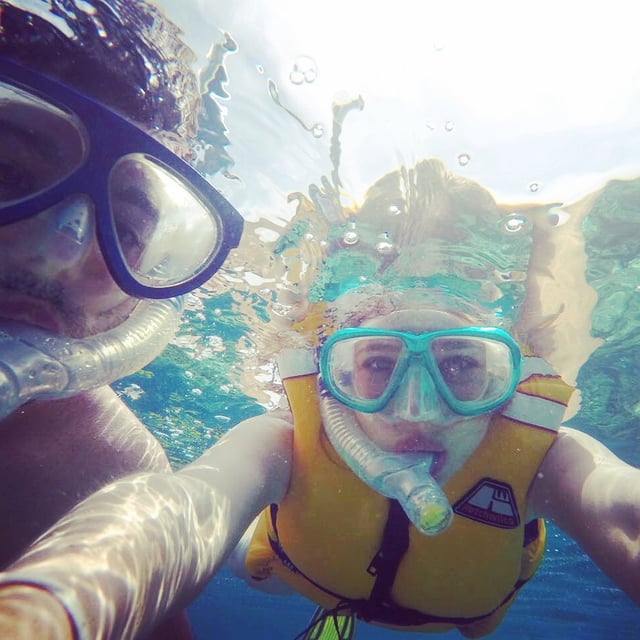 I love being by the beach but I am not a big fan of ocean swimming unless the waters are calm and warm and clean.  But when I went snorkeling (admittedly in these requisite conditions) and dipped my head under the water’s surface I was blown away.  There’s a whole world of technicolor with thousands of colorful fish and coral to mesmerize you for a while.  And no, it’s not the same as seeing it in the aquarium.  It’s worth it. 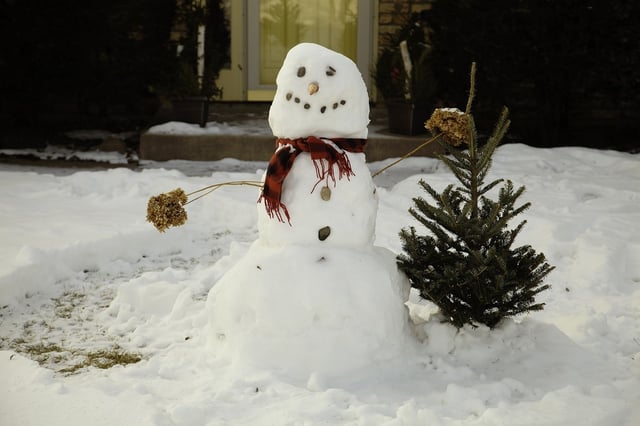 Bundle up, put on a pair of gloves and boots and go be a kid again. 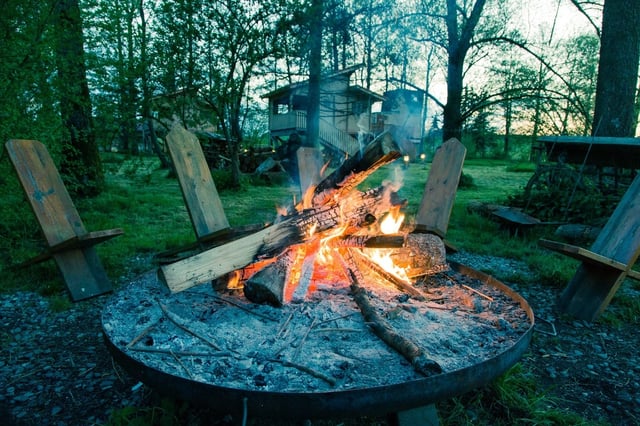 To get this right here’s the recipe:  A group of friends, freshly collected firewood, a guitar or music, graham crackers, marshmallows, chocolate and cozy clothes. 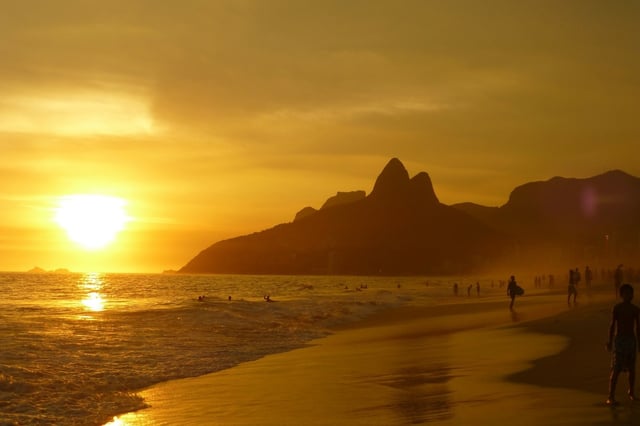 New Year ’s Eve in the Southern hemisphere falls in the summer months.  In Brazil, it’s customary to wear white and the beaches are filled with parties of happy people dressed in white linen and drinking champagne. Heaven. 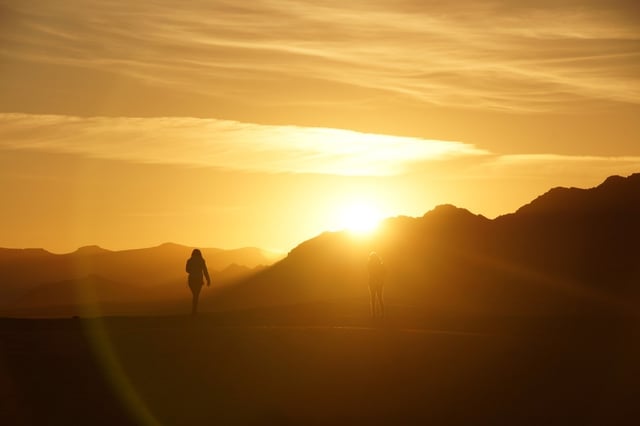 The sun rises and sets every day yet most of us have never bothered to wake up early, go somewhere scenic and see it rise.  My favorite sunrise was atop Masada in the south of Israel.   Driving the 2 hours from Tel-Aviv in the middle of the night was worth it to see thousands of shades of pink, purple, blue and red over the desert mountains.  It’s magical.  Try it.

Take this list of things to do before you die and nail it.  It’s doable and you’ll be all the richer for it.  You can start with the one that’s easiest or the one that seems impossible – then just take it from there one at a time.  You’ll be happy you did.

If you found this inspiring, how about downloading our "How to make the most of your time on this planet " eBook?