The Tale of the Biblical Tels 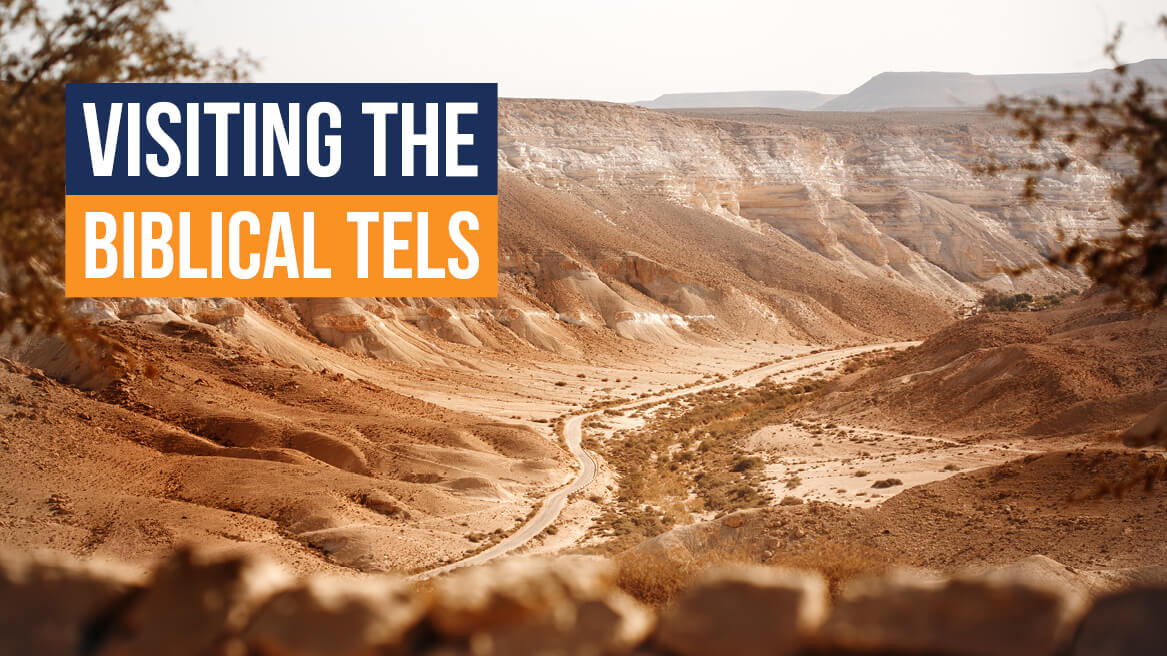 For all of you who love history and archeology, here's a perfect Israeli treat. Tels house centuries of fascinating history in each of its stone and ruin, each discovered object that somebody used ages ago, in each grain of sand that covered these cities in layers upon layers with each passing epoch, creating these settlement mounds. Now, let's all gather around and learn about these remarkable sites.

Tels are mounds or hills that had been created by many communities building on the remains of former structures for millennia, creating layers of structures and time periods. Over time, though, the sites become narrower, resulting in a smaller number of residents and eventual abandonment.

You will find these mounds in the eastern Mediterranean, mainly in Israel, Lebanon, Syria, and eastern Turkey. Israel alone has more than 200 tels, but the most famous ones that a) have been given a status of World Heritage Sites, b) have extensive and brilliant water systems built by humans, c) encompass multi-layered settlements which provide a rare look into the lives of people from the Bronze Age and biblical times, and d) were mentioned in the Bible are: Hazor in the north, close to the Sea of Galilee; Megiddo to the south-west; and Beer Sheba in the south, close to the Negev Desert.

Archeologists believe that the sites for these tels were strategically chosen as they were situated near water supplies, but also near major trade routes, connecting Egypt to Syria and Anatolia to Mesopotamia, allowing the exchange of goods and ideas between East and West. In the Old Testament, these are called "The Biblical Tels".

Just 18km from Nazareth, we find our first tel. Tel Megiddo is the most visited of the three tels, as many believe it's the site of the last battle (its Greek name is Armageddon). It's also conveniently situated on the road between the Sea of Galilee and Tel Aviv and Jerusalem. Megiddo attracted its first settlers some 9,000 years ago, while it's likely that the last to use it was the Roman army 2,000 years ago. Excavation began in the early 20th century, but these damaged the site. Nonetheless, it charms all those who visit it.

There are fascinating sites, structures, objects, and jewelry to see here. There's a path leading up through a Solomonic gateway, a Great Temple that's five millennia old, and a solid circular stone thought to be an altar from the Canaanite period. Furthermore, the visitors get to see a grain pit from the Israelite period, stables from the time of Ahab, and a fantastic water system with a 35m-deep square shaft at the bottom of which there's a 100m-long tunnel leading through the rock to a pool of water.

Some 43km from Nazareth, close to the Golan Heights and the Sea of Galilee, we find Tel Hazor – the largest of the three sites by area, though less is excavated than in Tel Megiddo, making it appear smaller. It's the least visited site of the three, as it's not conveniently located along the way for buses. Houses have been found here dating to the 28th century BCE. In the Israelite period and the Middle, it was the country's largest fortified city, with significant commercial ties with Babylon and Syria. Hazor was also a very attractive site as it offered rich farmland.

The excavations started in the mid-20th century, and the precious findings are housed in a museum at Kibbutz Ayelet HaShahar. In 2010, an 18th or 17th-century BCE clay tablet was discovered, inscribed with and written in Akkadian cuneiform, the diplomatic language of the period. Many houses, structures, tombs, pottery, ingots, and other fascinating objects from various time periods have been found in Hazor as well.

Our last tel – but certainly not the least – is located just 3 km outside of Beersheba. Actually, the modern city got its name from its ancient predecessor. Beer Sheba is mentioned no less than 33 times in the Bible – more than any other biblical tel that's a World Heritage Site. It's considered to be one of the most representative of more than 200 of Israel's tels. Visitors will find two very important wells here: Abraham's well, and the one dug by Isaac's servants.

The excavations started in the mid-20th century, thanks to which a number of invaluable constructions and objects, dating from the 11th century BCE onwards, have been unearthed. These include the first-ever uncovered horned animal altar, dwellings, fortifications with a casemate wall and a four-room city gate, drains running under some of the streets, a well-preserved water system of cisterns, and many more impressive discoveries.

So you see, it's impossible for an archeology enthusiast and a great admirer of all things ancient not to love this unique and hugely exciting 'tour' of the three biblical tels.