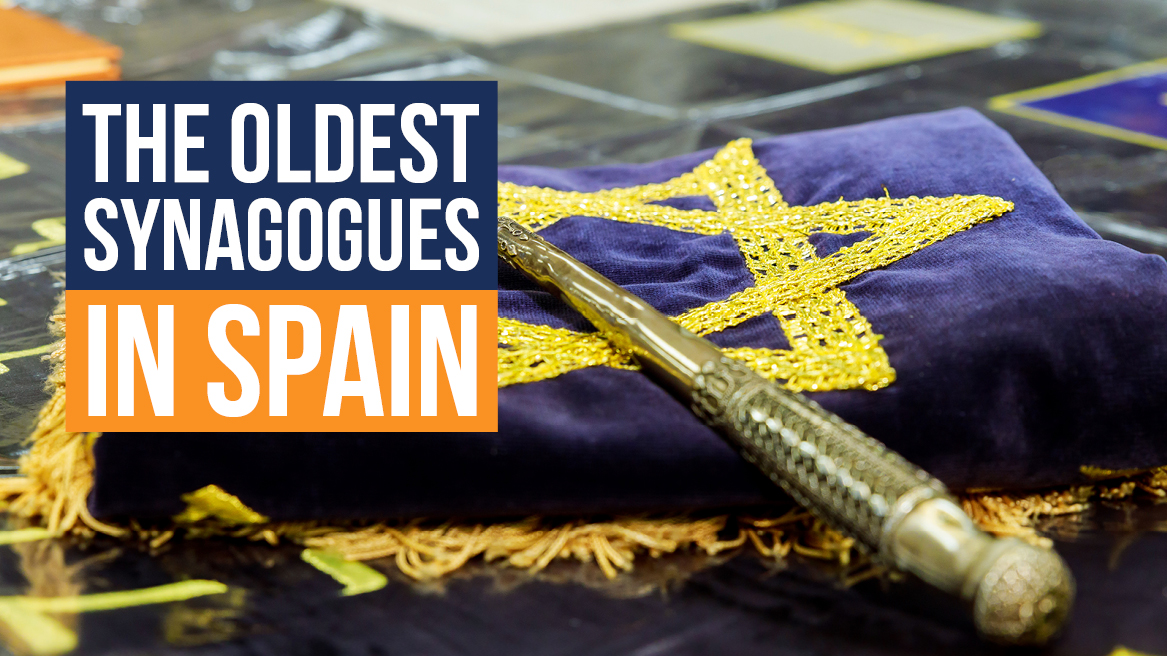 Located in the center of Barcelona, we find our first marvel. The Ancient Synagogue, or the Sinagoga Major, is one of the oldest, if not the oldest synagogue in Europe. The structure itself was built sometimes in the 3rd or 4th century, but it’s not quite clear when exactly people started using it as a synagogue. It was further expanded in the 13th century. However, many Jews died in the 1391 massacre, after which Barcelona’s synagogues had been used for various different purposes. The Ancient Synagogue hadn’t been used for prayer for centuries, its original use forgotten, and additional stories added. But in 1987, work on locating the Sinagoga Major started, and it was found that this building had been constructed in accordance to religious requirements: it had two windows and it faced Jerusalem. After careful restoration, in 2002 it was finally re-opened as a synagogue and a museum, housing a 500-year-olf Torah scroll donated by a New York attorney. Though prayers are not held regularly, it’s often used for celebrations and festive occasions.  As a matter of fact, a year after its opening, the very first couple in over six centuries was married in this ancient beauty. Wouldn’t it be amazing to see it for ourselves?

We’ll now go to Toledo to see a former synagogue, now a museum owned and preserved by the Catholic Church. It is called the Synagogue of Santa María la Blanca, but people originally called it the Ibn Shushan Synagogue or the Congregational Synagogue of Toledo. It is difficult to determine when and by whom exactly it was constructed. According to a discovered wooden tablet, it was built in 1180, though some documents also mention the year 1205. Nonetheless, it is possible that this is the oldest synagogue in Europe still standing. It also a unique surviving structure, seen as a symbol of cooperation and coexistence of different religions in the country, as it was likely built by Islamic or Moorish architects for the Jewish community under the Christian Kingdom of Castile. It is a Mudéjar construction, but also one of the most beautiful examples of Almohad architecture. Though it doesn’t have a women’s gallery today, it likely had one at some point. It started to be used as a church in the early 15th century, after the massacre of Jews in Toledo, when it was also renamed, but was later used as a monastery, an armory, and a warehouse too. The building was declared a national memorial site and restored in 1856, today being the third most-visited historic monument in Toledo.

On to our final historic edifice to see its architectural splendor and the finest decorations in Mudejar tradition. Córdoba Synagogue was built in 1315 in the Jewish Quarter of Córdoba. It’s not quite clear who used the synagogue at the time, especially given its smaller size. One theory is that a trade guild converted a residence into a synagogue for their personal use. Another theory is that it was a private synagogue of a wealthy person, though it’s also possible that the complex was a yeshivah, kollel, or study hall. After the expulsion of the Jews in 1492, the synagogue was used as a hospital, but the shoemakers’ guild acquired it in 1588 to use as a community center and a chapel. In 1885, the building was declared a National Monument, going through several phases of reconstruction since. In 1935, the first Jewish prayer service in 443 years was held at the synagogue, and it was officially reopened in 1985. The only surviving structure of its kind, the Córdoba Synagogue no longer functions as a Jewish house of worship, but it’s open to us to visit it.

These synagogues are not just mere buildings. They are surviving testimonies of the lives of great number of people that had passed through their doors, coming here to pray. They speak of a long, even if painful history, and of the culture of Jewish communities all across this great, old country. Visiting them is bound to be an unforgettable experience.