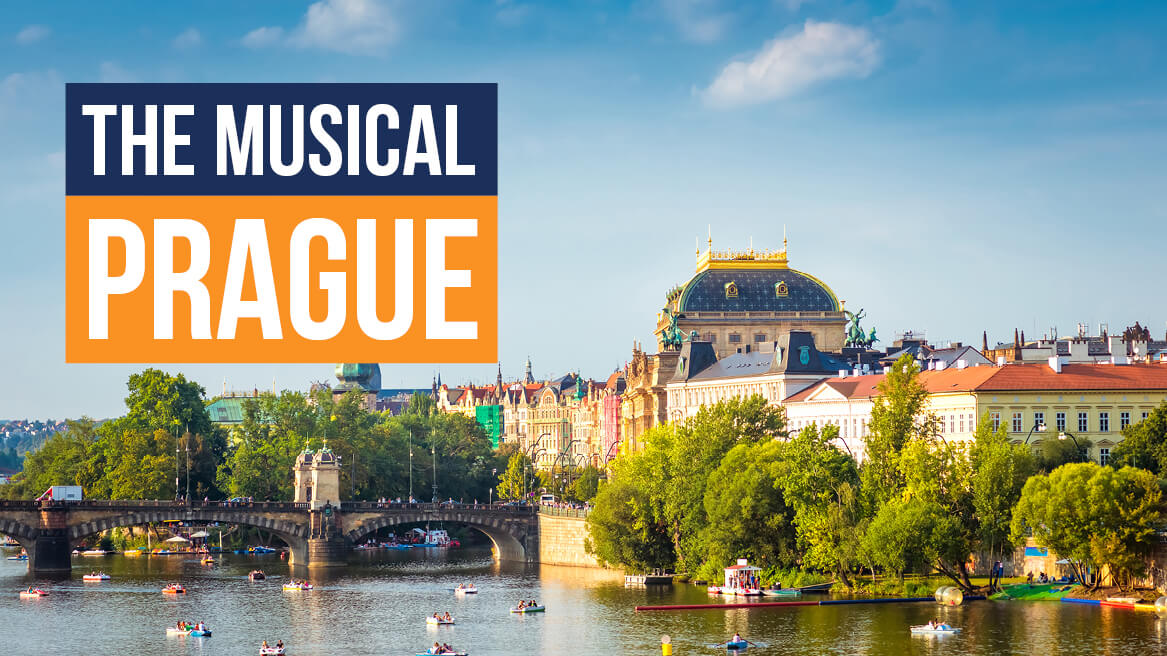 The Czech Republic is a country famous for a great number of arts and artists, writers, architectures, but also – and maybe most of all – for its brilliant musicians. This country and its capital are one of the most significant contributors to the world's library of the most renowned music.

Today, besides numerous places where people can enjoy classical music and learn of its history, they can find modern and contemporary rhythms on every single step. There are festivals, there's jazz in bars and coffee shops, there are trumpets, violins, violas, cellos, and tubas played by musicians on the streets and many more in churches and concert halls, there's rock, metal, hip hop played in the nightclubs, and much more.

This time, however, we'll look into some classical music venues and meet the great masters living there.

Dedicated to one of the largest figures in the world of music, Bedřich Smetana, this museum is an absolute must-visit for all Smetana fans, but fans of classical music in general, too. It's located in a Renaissance-style building, right on the shore of the Vltava River, next to the famous Charles Bridge in the Old Town. Exhibits on the first floor speak of Smetana's life through copies of letters, photographs, and newspaper cuttings, as well as material related to Smetana's famous works. On the upper floors, visitors will find an archive, which is also a research center.

The Smetana Hall, housed in the spectacular Art Nouveau-style Municipal House, featuring allegorical art, stucco, and a mosaic, is the city's largest and most celebrated concert hall and ballroom. 1,200 people can be seated beneath its glass dome. It's also home to exquisite artwork, as well as the Prague Symphony Orchestra.

A museum dedicated to the celebrated composer Antonín Dvořák is housed in the striking 18th-century Baroque building, designed by the renowned architect Kilian Dientzenhofer. The museum offers an insight into the composer's life through instruments, photographs, newspaper clippings, and personal objects, while there are also concerts, lectures, and seminars held here regularly.

The neo-Renaissance edifice called Rudolfinum is where Dvořák fans will find one of Europe's oldest halls, named after this composer. As a matter of fact, Rudolfinum is the home of the world-renowned Czech Philharmonic Orchestra, and Dvořák himself conducted the orchestra in the hall in its very first concert.

There's a myriad of impressive venues in Prague where one can enjoy even more impressive opera and theatre. For example, all Wolfgang Amadeus Mozart lovers will certainly enjoy the historic Estates Theatre. This oldest of Prague's theatre is celebrated as the place where Mozart conducted the premiere of 'Don Giovanni' on October 29, 1787, also commemorated with the ghost statue in front of the theatre. Furthermore, Mozart's 'La Clemenza di Tito' was publicly staged for the first time here, and it's the only theatre left in the world in which Mozart performed. The visitors can see Mozart operas here, as well as numerous other operas, ballet, and drama pieces.

Two more much-loved and celebrated venues are the remarkable, neo-rococo Prague State Opera, home of the Prague State Opera, and the impressive, 19th-century National Theatre, where fans can see both the great classics and brilliant contemporary pieces.

The Czech Museum of Music is situated in the beautiful, 17th-century former monastery – the Baroque church of St. Mary Magdalene at Lesser Side. As soon as they enter, the visitors are likely to be astonished by its monumental main atrium, which then leads them to various floors, galleries, and a concert hall. In each, exquisite exhibitions await, exploring the relationship between humans, musical instruments, and music through the centuries. Over 400 priceless musical instruments can be seen here, such as the Rožmberk Court Ensemble of 16th-century woodwind instruments and a grand piano that Mozart played in 1787, and they are accompanied by recordings of those instruments actually being played once upon a time.

No music 'trip' is complete without a few festivals, and Prague has many. One of Europe's biggest classical music events is the Prague Spring. It starts on the anniversary of Smetana's death on May 12, traditionally with a performance of Smetana's orchestral cycle 'Má Vlast' ('My Country'), and it lasts for a month. During this time, the attendees get to see renowned contemporary virtuosos. In the summer, the audiences get to enjoy festivals such as the baroque Collegium Marianum, a three-week celebration of Giuseppe Verdi, a festival of the French Horn, and others. In fall, Rudolfinum becomes the venue of Prague Autumn, bringing to the audience a number of inspiring classical concerts. There are also the International Brass Band festivals, the International Jazz Festival, and many others throughout autumn and winter.

Prague truly is a dream come true for all music lovers. The composers we've mentioned and many, many more were born, had lived in, performed in, composed in or about, or were inspired by this city. Prague is one of the greatest world musical capitals. And luckily for people  today, whatever genre of music they enjoy, they can enjoy it here.