The best way to teach your children about the Hebrew Calendar

The Hebrew calendar can, however, be a bit confusing. It’s a lunar calendar where each day represents the rotation of the earth on its axis, a month represents the revolution of the moon around the earth, and a year represents the revolution of the earth around the sun. Put simply, the month on the Hebrew calendar starts with the smallest sliver of the moon and lasts 29-30 days and there are 12-13 months in a Jewish calendar year. It’s further complicated by the fact that the first month of the year falls around March. While the dates of Jewish holidays don’t change from year to year on the Hebrew calendar, the Jewish year is not the same length as the civil Gregorian calendar, and thus the dates of the Jewish calendar don’t match up with the civil one.

Your kids probably don’t need to know the nitty gritty of how the Hebrew calendar is calculated, how it’s adjusted each year to account for the 12-13 months in a given year (hint, a leap year is the fix) or even the astronomy behind following the lunar calendar.

There are 3 things you can teach your kids about the Hebrew calendar and they’ll be well on their way to knowing what they need to know (here, you can find aonther 10 practical ways to lead jewish life in America).

1. What are the months of the Hebrew calendar

Before going into any details, start with the basics. Teach your kids the months of the Hebrew calendar. The best way to help remember them is to know what months from the civil calendar they fall on. 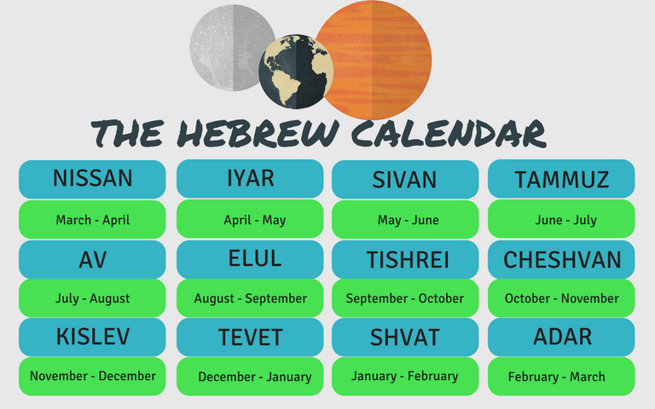 2. What holidays fall on what months 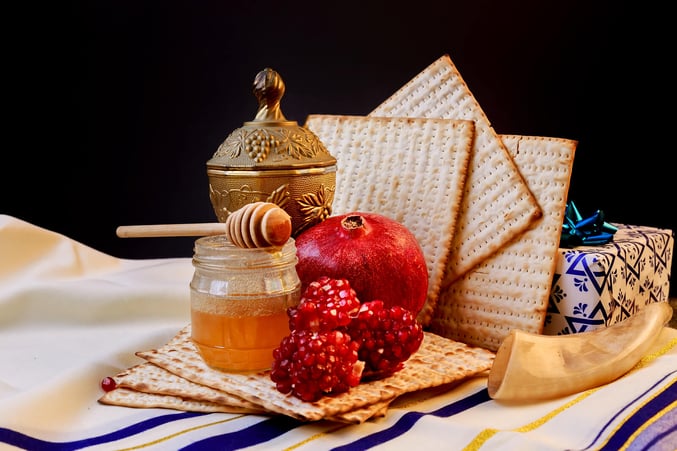 Here are a few examples you could start with: 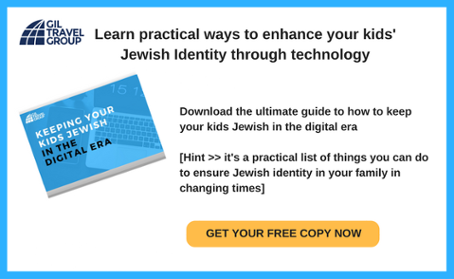 3. How to figure out the corresponding civil dates for the Jewish calendar in any given year

The mathematical calculations behind this aren’t simple. It’s in fact more complicated than just understanding the lunar rhythm. It requires an understanding of the Jewish laws and customs around how the calendar is set and being familiar with why and how these dates were set during biblical times. Suffice to say that your kids probably aren’t interested in diving that deep (and if they were, you probably wouldn’t know how to explain it to them 😊). So, plan B is a little lazier but efficient nonetheless. Google.

You can google any Jewish holiday along with the corresponding civil calendar year and find out when it falls this year. So, for example, if you’d like to know how much time you have to plan the menu for your Passover Seder, or how long you have to be in denial that your husband’s entire family is coming over, just google “Passover 2018” and like magic, you’ll see that it falls on Friday, March 30th 2018.

The best way to teach your children about the Hebrew calendar is to go through the basics. Tie it to the holidays they know and love so that it’s not a boring lesson. Who knows, they may be curious why Rosh Hashana doesn’t fall on the same date every year, and now they’ll know why.

If you're a parent you know that creating and fostering a Jewish identity for your kids when their heads are buried in their iPhones and laptops is not an easy feat.  But it can be done.  I invite you to download our FREE "Keeping your kids jewish in a digital era" eBook to learn how to remove them from the digital obsession to teach some Jewish values while also how to use the digital world to enhance their Jewish learning and identity building.