Providing kids with Jewish cultural experiences can be challenging. You make an effort to connect your kids to their Jewish identity and roots at home.  Whether that’s through a Jewish education, Friday night dinners, preparing traditional Jewish foods, sending them to Jewish summer camp (and the list goes on), it’s part and parcel of American Jewish living.  But what about when you go on vacation?  Chances are, aside from the requisite trip to Israel, your kids haven’t connected to their roots and Jewish identity on a global level through travel.  But travel is the best way to connect to your roots.  We all come from somewhere and seeing the history behind the Jewish communities in different countries helps bring that idea to life.  That, in turn will help your kids grow into adulthood with the desire to remain connected, hold on to the things that they feel make them Jewish and pass those lessons about where they come from to their children.  And that’s kind of the point, isn’t it?

There are a million ways to go about this as the network of Diasporah Jews spreads far and wide.  Whether or not this is YOUR particular background, you can choose a country that is enjoyable all around so that you and your kids feel that you’re mixing ‘business’ with pleasure.  Spain is the origin of the Sephardic Jews and a must see for any family looking for a Jewish cultural experience that will connect them with their roots.  Take your family on an enriching vacation where together you will discover unique medieval towns oozing with inspiring Jewish history, all the while soaking in the Spanish Sun!  Here are my top destinations to rediscover the Jewry of Spain.

Barcelona, a thriving tourist hotspot, was once home to a large and prominent community of Catalonian Jews.  The famous story of Nachmanides (a figure your children are likely to learn about in school or Hebrew school), a very well- known and respected scholar, who came to the defense of the Jewish community in a religious debate with King James I, where he argued the validity of Judaism to thwart the forced conversions that were imposed at the time.  With his eloquent words, Nachmanides won the debate.  Amidst its alluring beauty and enticing atmosphere, Barcelona still holds some Jewish sentiment.  In the core of the Cal (Jewish Quarter) you will find the oldest synagogue in Europe dating back to 1391 as well as remnants of the rich Jewish culture that prospered during the Golden Age. 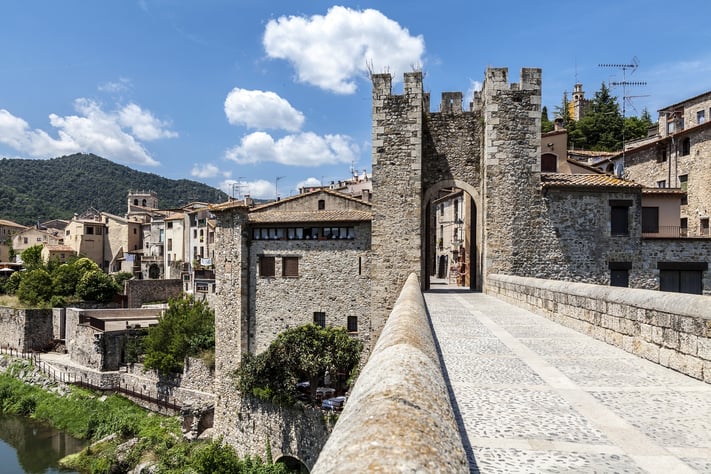 Home of the great Ramban (another figure your kids will learn about), the Jewish quarter of Girona remains one of the best preserved in the world.  The cobbled paved streets leading to hidden allies between the restored stone buildings; offer a taste of Jewish community living before the Spanish Inquisition.  While venturing through this labyrinth of medieval streets you stumble upon a 15th Century Jewish Synagogue that has since been converted into an outstanding Jewish History Museum.

For those with an itch to learn you can also delve into the Nahmanides Institute for Jewish Studies which serves its purpose to further promote and educate the public about the histories and influences of the Gironean Jews.  Many say that it also serves as a private place where Spaniards that were converted during the period of Jewish oppression can explore their controversial Jewish routes.

FUN FACT: The Jewish Quarter of Girona was also used as a set for filming of HBO’s hugely successful series Game of Thrones.

Known as the City of Three Cultures, Toledo was the epicenter for the co-existence of Muslims, Christians & Jews.  You’ll know you’ve stumbled upon the ancient Jewish Quarter of Toledo when you find yourself stepping along paths, embedded with tiles decorated with Hebrew letters and Jewish symbols.  As you start to explore the winding alleys soaked with ancient histories you arrive at the Sinagoga del Transito.  Built in 1366, the construction of the synagogue was permissioned by King Peter.  Some say it was compensation for foul doings unto the Jews, others claim it was the result of a love story between the King and a Jewish woman.  As you walk these cobbled streets your kids can imagine the lives of those that walked before them.  Today the synagogue is best known as the Museo Sefardí, where more can be discovered about life for the Spanish Jews of Toledo before the Inquisition. 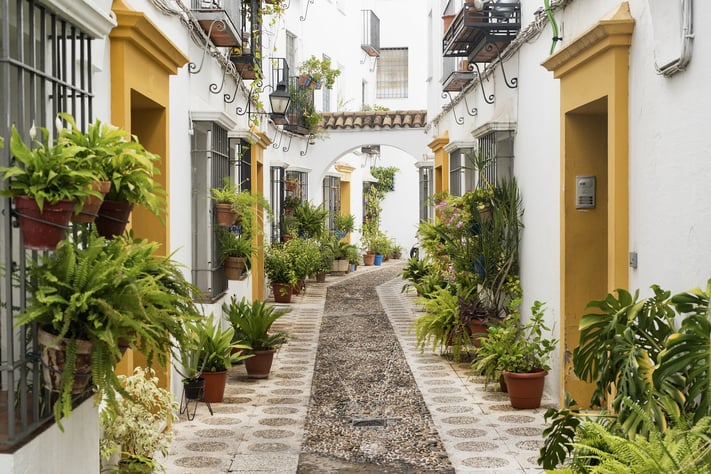 Your journey through Cordoba Juderia – the Jewish Quarter, will again take you through a network of medieval cobbled streets lined with white washed walls that still carry an enigmatic sense of history and life before the inquisition.  At the center of this maze remains the famous synagogue that was built in the 1300’s, then an important center for a thriving intellectual Jewish community.  This is a fantastic opportunity for you and your family to discover more about the great Jewish doctor and philosopher, Maimonides (another major figure your kids will certainly learn about).  Born in Córdoba, the accomplishments of Maimonides as a great professor and scholar reflect on the intellectual and philosophical value of the Jewish community at that time, while also inspiring followers of his great works to journey to the area for the sole purpose of rubbing his statue’s feet. Make sure you don’t get too lost on your family philosophical discussions and still leave time to check out the Casa de Sefarad, a unique project dedicated to the history of the Jews before the inquisition. 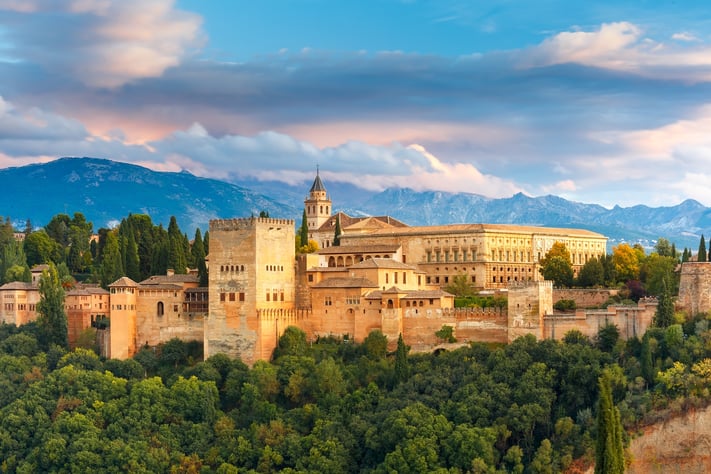 Granada itself is a vibrant historical town best known as home of the Alhambra, a historical fort encompassing a majestic Muslim palace set at the foot of the Sierra Nevada mountain range.  For those that want to delve into the subtleties of the city, there is still a sense of the remnants of the Jewish ancestors that prospered in the area.  Exploring the Realejo quarter (Jewish quarter) of Granada you will discover white washed mansions with walled gardens.  Although we do know Jews once thrived in this community before their persecution, there is not much that remains to tell us of their life there.  Perhaps a subtle Star of David on a door down an alley might give us a slight clue.  Other than that we will have to use our imagination to picture the hustle and bustle of the famous silk & cotton trades as well as the shuffling of academics to and from their studies, as was typical of the Jewish community in that era.

Whether or not your roots are Sephardic, your children will certainly learn about the many important figures of the enlightened Sephardic Jewry and the history of the inquisition.  Bringing those history lessons to life as you delve into the Jewish culture and history in Spain is a great lesson and an opportunity to create a memory for your kids.  The added bonus is you get to do it in a country with beautiful landscapes and amazing food.