Once in a Lifetime Morocco trip 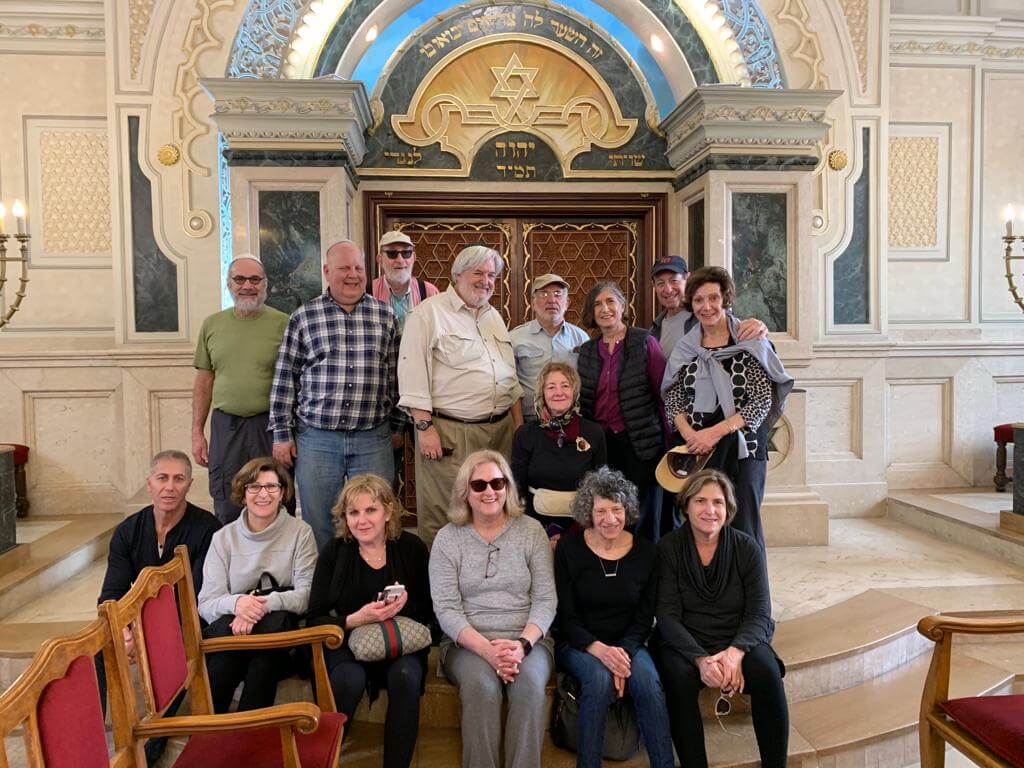 I have always wanted to go to Morocco. A little over a year ago, I spoke with Iris Hami, the EVP of the Gil Travel Group, about ideas for JEWISH EXPLORATIONS 2019/2020 program offerings. She suggested Morocco and said she and her husband Igal had recently visited and had an extraordinary time and learned a great deal about the Jewish history of the country from their “fabulous” guide Mokhtar. A glowing recommendation from them means an awful lot. They are certified globetrotters.

One of the wonderful things about being the Director of JEWISH EXPLORATIONS and having retired from a 40-year career in Jewish education, is that I create study tours to destinations I want to see. I do this along with a cadre of Judaic Studies scholars, from both North America and abroad, and expert guides who specialize in their country’s Jewish history.

I had discussed the itinerary with a few of my friends who have travelled with me before and are taking advantage of their retirement to see the world and learn more about the global Jewish community.

After settling on an optimum set of locations, I began to communicate with Mokhtar, our guide for the recently-returned Once in a Lifetime Morocco trip, to pull together the kind of itinerary that I was looking for. I wanted it to strike several balances including between Jewish and non-Jewish sites, urban and rural settings, the popular destinations like Casablanca, Fes and Marrakesh and some more remote places in the mountains and the along the vast stretches of roads between the major cities. I wanted us to experience the geographic diversity of Morocco with its beach towns, the Sahara Desert and the High Atlas Mountains.

I usually use FaceTime or Skype to communicate with members of the teams who work with me to create JEWISH EXPLORATIONS study tours around the globe. Not this time. As I would soon learn, Mokhtar would sometimes be communicating with me from the heart of the Sahara Desert. He told me WhatsApp was best. We never saw each other until we met at the airport in Casablanca. All our work was done through text-like messages. 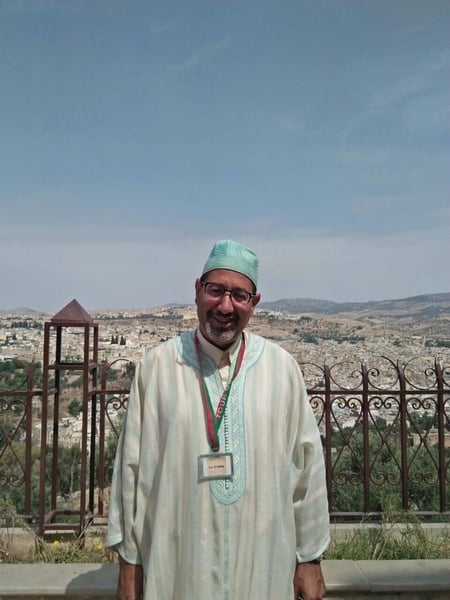 When I finally met Mokhtar, I was a little surprised. He was not in his traditional attire as he was in the photo I received, but rather in comfortable modern clothes. That was on the outside. The person I came to know during the 14 days we were in country was a devout Muslim scholar/guide who decided to steep himself in the Jewish history of his country. As he tells you, the Jews came to his country perhaps during the 1st Temple in Jerusalem, but certainly during the 2nd Temple period. The Jews and the Berbers (or Amazighs) inhabited Morocco long before the Arabs. Mokhtar has an encyclopedic knowledge of Jewish history from then up until contemporary times. He also seems to know everybody. As he is quick to tell say that you meet a lot of people after tour guiding for 17 years. Before becoming a tour guide, he taught English in Libya and Morocco and he comes from a well-educated family. Serious scholarship is literally part of his DNA. When it’s just too hot to guide during the summer months, he is writing a book about Moroccan Jews in 1948.

I am committed to creating intimate small group learning experiences. I have led tours with 28 people. It just isn’t the same. It’s harder to get to know all the people in the group and, from a logistics standpoint, the larger the group, the more difficult it is to stay on schedule and explore places like the alleyways of the Jewish Quarter in Seville in Spain or the Mellahs (Jewish Quarters) of Fes or Marrakech. Our group had 15 people (from FL, NJ and NY). We had a wonderful time. Even when the bus broke down and we were on the side of the road for two hours, it was great fun. The camel riding at sunrise in the Sahara was a hoot. And when we broke off into different smaller groups during many of our “on your own” meals in places like Chefchaoun, Essaouira and Fes, we got to know each other a little better.

Although when you get back home and tell your friends, family and colleagues that you were working hard while on the study tour, they are dubious. I really was. I was taking it all in…from each restaurant and hotel, from each site we visited, to the stops we made to see different craftspeople and buy gifts to take home. With the help of my fellow travelers, we came up with some minor improvements for the next study tour.

I will be reliving the dream in October of this year when I will be returning to Morocco for a nine-day study tour. I hope you will join me.