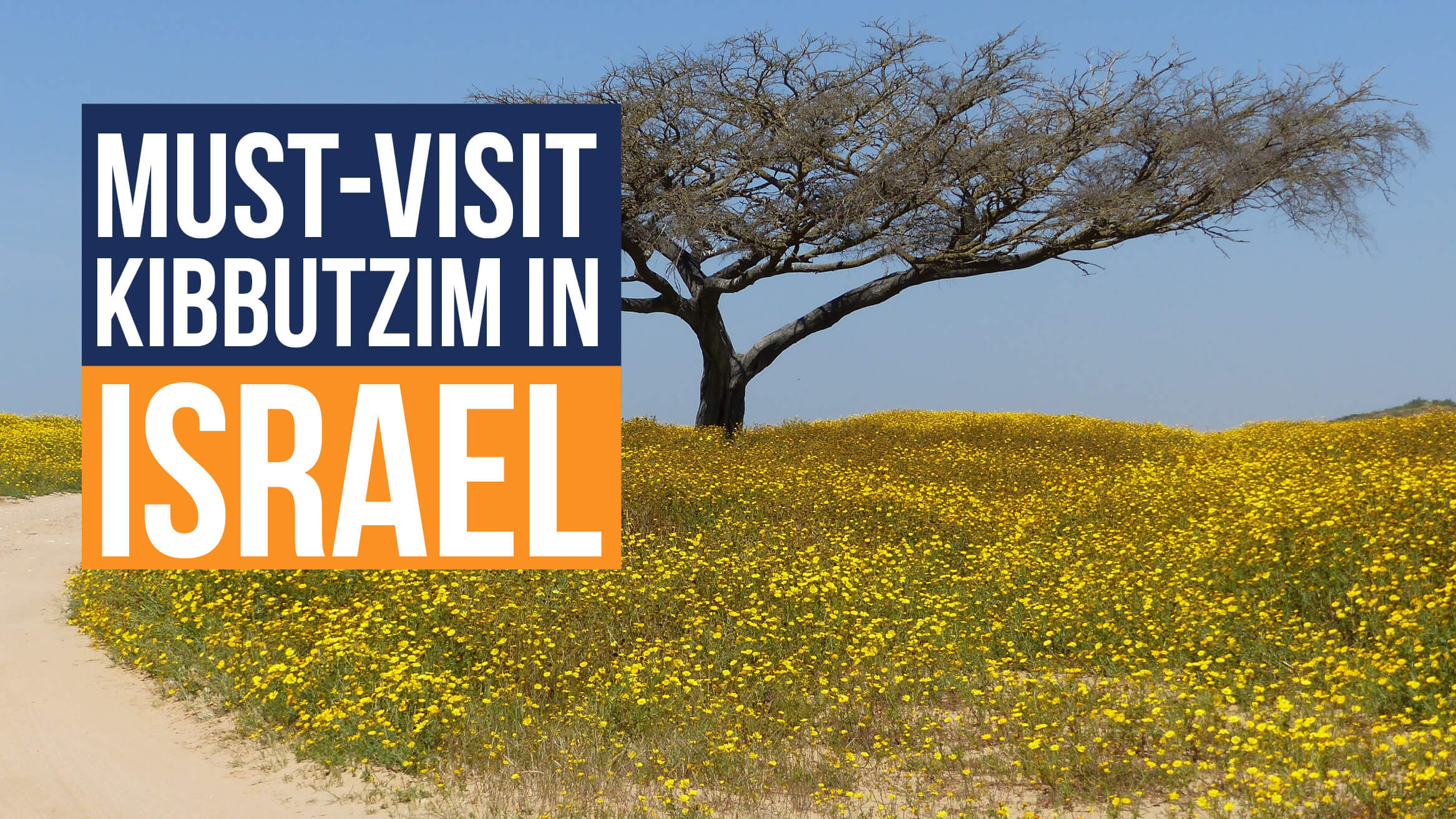 Kibbutzim are pioneering establishments, and the kibbutz movement is one of the most iconic in modern Israel’s history. Kibbutz is the Hebrew word for gathering, a notion that is extremely important to Israelis. The origin of kibbutzim is mostly agricultural. Many young immigrants from Eastern Europe that came from the early 1900’s toiled to cultivate the swamp land and make it habitable. As many came with socialist beliefs, they created entire communes. These were organized around agriculture and the idea that all property, including the fruit of their work, should belong to the community as a whole. That is why the results of their labor were equally shared by all members. From the 1970s, many kibbutzim were privatised. Today, kibbutzim export agricultural goods, cut diamonds, and drip irrigation equipment. Some offer tours, and others provide an authentic kibbutz experience with their living and work programmes.

If you plan to join one of the tours to Israel, here are some of the must-see kibbutzim.

Established in 1909, Degania Alef was Israel’s first kvutza, a settlement smaller than a kibbutz. It is situated between the southern shore of the Sea of Galilee and the Jordan River. In 1981, kvutza Degania Alef was awarded the Israel Prize for its contribution to society and the State in social pioneering. Some of the most significant figures in Israel’s history were born or lived there, including Rachel Bluwstein, Joseph Trumpeldor, and Moshe Dayan. In 2007, it underwent privatisation, which was chronicled in the 2008 documentary by Yitzhak Rubin, titled Degania: The First Kibbutz Fights Its Last Battle. This centennial milestone now has two museums, the Gordon House museum and the Founders Museum.

Founded in 1921 in northern Israel, Ein Harod was named after the nearby Well of Harod. After a political dispute among its residents in 1952, it split into Ein Harod (Meuhad) and Ein Harod (Ihud), both situated in the awe-inspiring Jezreel Valley. Today, they belong to the same network and were privatised together.

Ein Harod Ihud is an eco-friendly, luxury hotel, where visitors can enjoy activities such as canoeing, paragliding, birdwatching, and hot-air ballooning. Ein Harod Meuhad offers enjoyable experience to its visitors, be it a romantic vacation for couples, relaxing in a Jacuzzi while appreciating the views, or visiting Mishkan LeOmanut art museum, the first rural museum in Israel and the first museum run by a kibbutz.

Palmach Tzuba (or Tzova) was founded in 1948, in the outskirts of Jerusalem by Palmach members, Israeli-born youth, Holocaust survivors, and immigrants from Turkey. Tzuba represents the heritage of the Palmach, and the remains of a biblical town on which Tzuba was built. This is a cooperative community – it has cooperative services, a high-level health system, high social security, an extensive education system, and cultural activities all year round. While its economy diversified, agriculture never disappeared. Agrotourism is extremely popular today and, along with the awarded Tzuba Winery, it draws numerous visitors. Tzuba also offers an intensive Hebrew language course as a part of the living and work programme for new immigrants to Israel, as well as tourists.

Established in 1948 on the western shore of the Dead Sea in Israel, on the edge of the Judean desert at the site of historic Ein Gedi, kibbutz Ein Gedi used to be completely isolated. After the 1967 Six-Day War, a road was paved from Jerusalem via Jericho and along the shore of the Dead Sea, which allowed Ein Gedi’s development. Today, it operates a 10ha botanical garden that is home to over 900 plant species and 500 residents, which makes it the only populated botanical garden in the world. A huge variety of desert flora, palms, cacti, and tropical trees surround the residents’ houses. In 1994, Ein Gedi joined the register of the Botanic Gardens Conservation International.

“Samar” in Hebrew represents the plant Juncus. Founded in 1976 in the far south of Israel, Samar proposes individual development, more independence and responsibility for its members, instead of strictly adhering to collective rules of the original kibbutzim, so some call it ‘an anarchist kibbutz’. Being situated in the Arava Valley (which has the highest sun exposure in Israel), they use an ultra-modern solar power plant, called Solar Flower Tower, to power the entire kibbutz. Art and culture are very important here. Internet, cable TV, parties, concerts, and desert adventures are all included in the visit to this dynamic and friendly place. You can also go biking and hiking through the Eilat Mountains, Mitzpe Ramon, and Timna Park.

Sde Eliyahu is a Modern Orthodox Religious kibbutz in the Jordan Valley, in northern Israel. Established in 1939 by Jewish refugees from Nazi Germany as a ‘tower and stockade’ settlement, it no longer looks like a fortified castle, but is a pleasant kibbutz, where the members function according to a collectivist kibbutz model. It’s considered a pioneer in organic agriculture, and it offers bio-tours for visitors to learn about the latest organic farming techniques, but also taste its delicious, healthy products. For those who wish to learn, the Ulpan Sde Eliyahu offers studies of the language, religion, and culture in a religious community and pastoral environment, including additional Torah classes and special sessions for the intensive study of Jewish Law.