The Magic Of Jewish Heritage Walking Tours In Europe

Nowadays in Europe, it seems like everyone is offering Jewish walking tours. Kosher Europe trips have exploded, and Jewish Heritage tours everywhere from Eastern Europe to Western Europe have become more popular.

Taking a Jewish walking tour in any European city is highly recommended, yet finding the right tour guide can make or break any such tour, so make an effort to check each option in advance. In such Jewish heritage tours you get to feel like you’re walking through history, learn stories about a place you might have never known or seen, and feel the emotional impact of walking in the footsteps of other Jews who have called those various European cities home.

So how do you work through the slush of picking the right city to get the best walking tour on your Jewish heritage tour in Europe? These activities often take at least half a day, and you want to use that time well. That’s why we’ve compiled this list of some of our favorite Jewish walking tours across Europe, so all that is left for you is to decide when and where will you take a Jewish heritage walking tour. 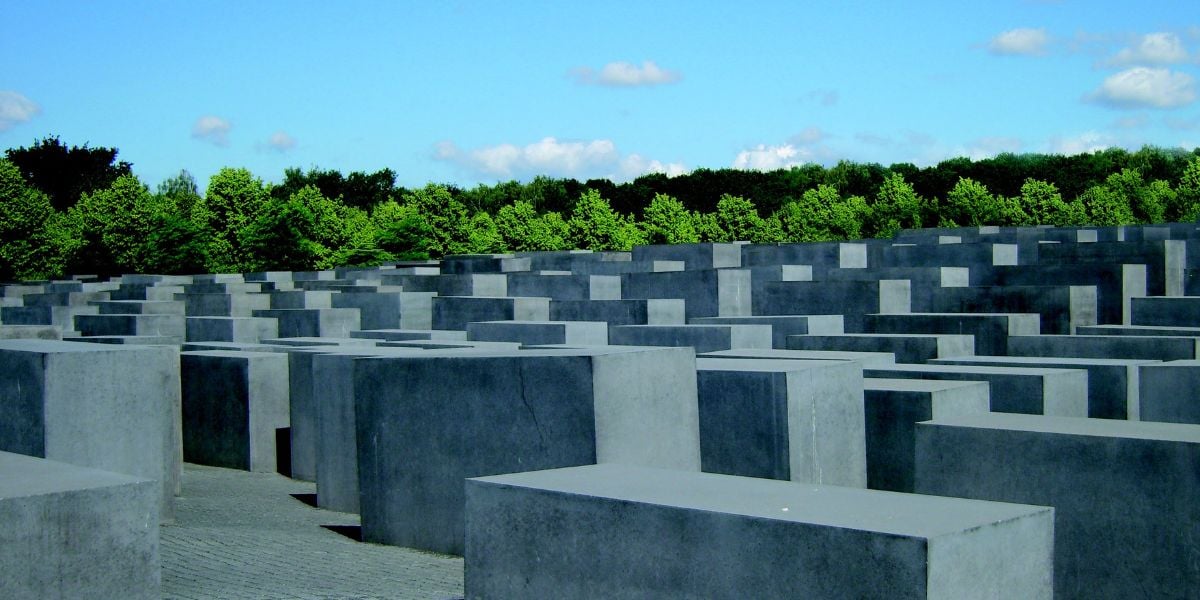 Berlin is one of the best places for a Jewish heritage walking tour, not only because of its connection to the Holocaust and to World War II, but because of Jewish history before and after the war. Germany, as one of the original communities of Ashkenazi Jews, has had a large Jewish population for hundreds of years. Berlin is an expert in remembrance, and as a result, there are amazing Jewish exhibits you can learn from all over the city.

Look out for the gold tiles on the street marking places where Holocaust victims lived, and keep your eyes peeled for the markers all over the city of places impacted either by World War II or communism. Berlin is a city where the residents walk through history each day, from restaurants in abandoned Jewish schools to train stations famous for deportations, the country has made an effort to mark those spots and remind the population of the past.

There is no better way to notice these details than with a Jewish heritage walking tour in Berlin.

There are many great walking tours in Berlin available, whether you are interested in learning about the Great Synagogue, Jews in Communist Berlin, or Jews during the Holocaust. Many are run by Israelis and Jews living in Berlin, so your tour guide is likely to have a deep emotional connection to the content and can shed light on the Jewish community life these days in Berlin despite the packed emotional history. 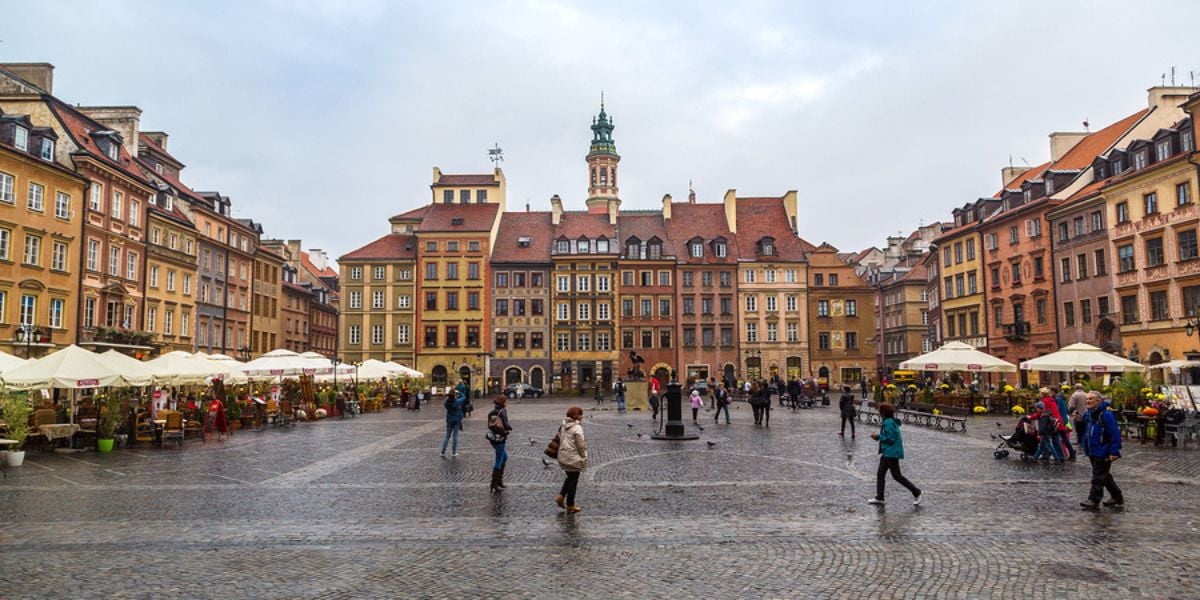 Jewish heritage tours in Eastern Europe are fascinating. Warsaw in Poland holds an important place in Jewish history. The city has been known to be home to many Jews for many years before WWII and a huge cultural hub with many well-known Jews impacting the culture in the surrounding area. Thus, choosing to go on a Jewish heritage tour in Warsaw will help better understand how the community life looked like before the war, and even get exposed to the beautiful culture Jews had in it.

There are however some hard history sites across the city that have been forever memorialized in the story and sacrifice of the Jewish Warsaw Ghetto Uprising, the main deportation square, and more. By taking a walking tour through the city you will be able to explore them and souk the atmosphere of these locations.

One of the most important parts of a tour of Warsaw is Polin: Museum of the History of Polish Jews. This spectacular site is a great way to get context for Jewish life in Poland before the Holocaust. For years, Poland was home to Ashkenazi communities, and the museum focuses on the lives and contributions of generations of Jews, not just their deaths. A walking tour would also include the historic Nozyk Shul and the remains of the Warsaw Ghetto, as well as several monuments to famous Polish Jews.

Krakow is an important Polish city in its own right, but its connection to Jewish history is unmatched in Europe. Some of the most important sites on a walking tour are the Schindler’s Factory museum and Kazimiers district, where you can walk around experience their historic value, and enjoy the modern restaurants and cafes. Moreover, you can continue and explore the synagogue and famous cemetery in the area. This is a great stop for kosher food.

Another part of a Krakow walking tour is a visit to the Temple Synagogue, Old Synagogue, and Ramah Synagogue. You can plan your trip to Krakow for the annual Jewish cultural festival and include a stop at the event as part of your walking tour.

There’s also a Jewish community in Krakow today. On a Jewish walking tour, visit the Jewish Community Center of Krakow and get to know the locals. 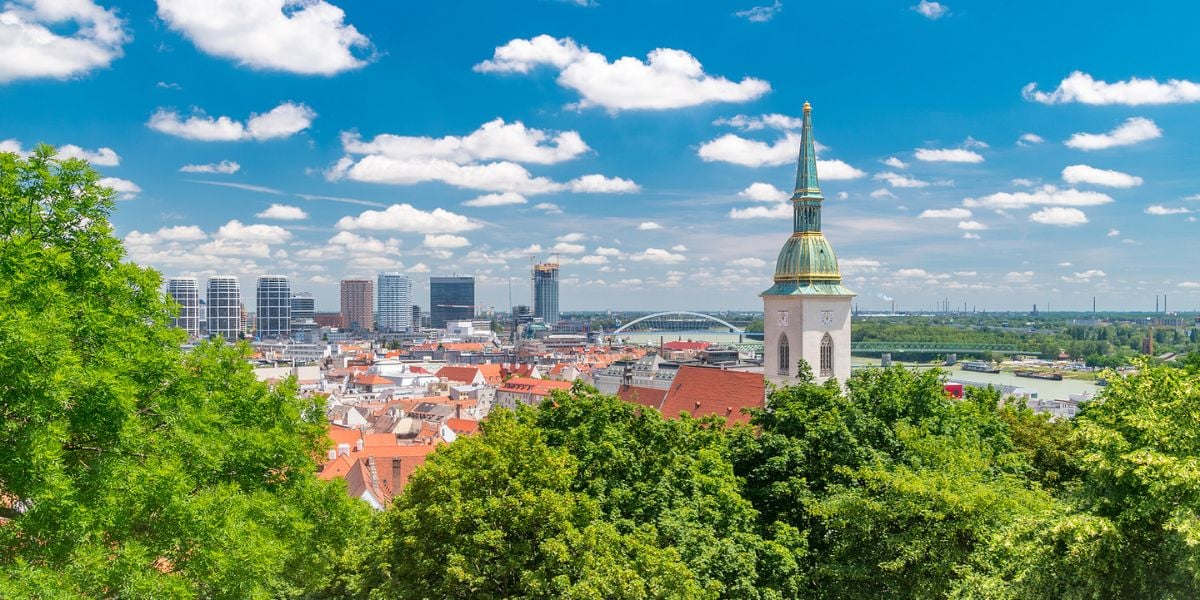 A great stop if you’re also traveling through Austria, Bratislava is home to the Wall of Memories, the Chatam Sofer’s grave, and more.

Jewish history in the Austro-Hungarian empire is unique and fascinating. Maria Theresa and her son Joseph the II allowed many Jews to settle in Bratislava, so the city became an important center for Jewish education.

On a Jewish walking tour, you should expect to visit former locations of Jewish homes and synagogues, as well as the Pressburger Yeshiva, which has moved to Jerusalem. There’s a Jewish cemetery, a museum of Jewish culture, a monument to the Holocaust, and a former Jewish area with a cemetery. 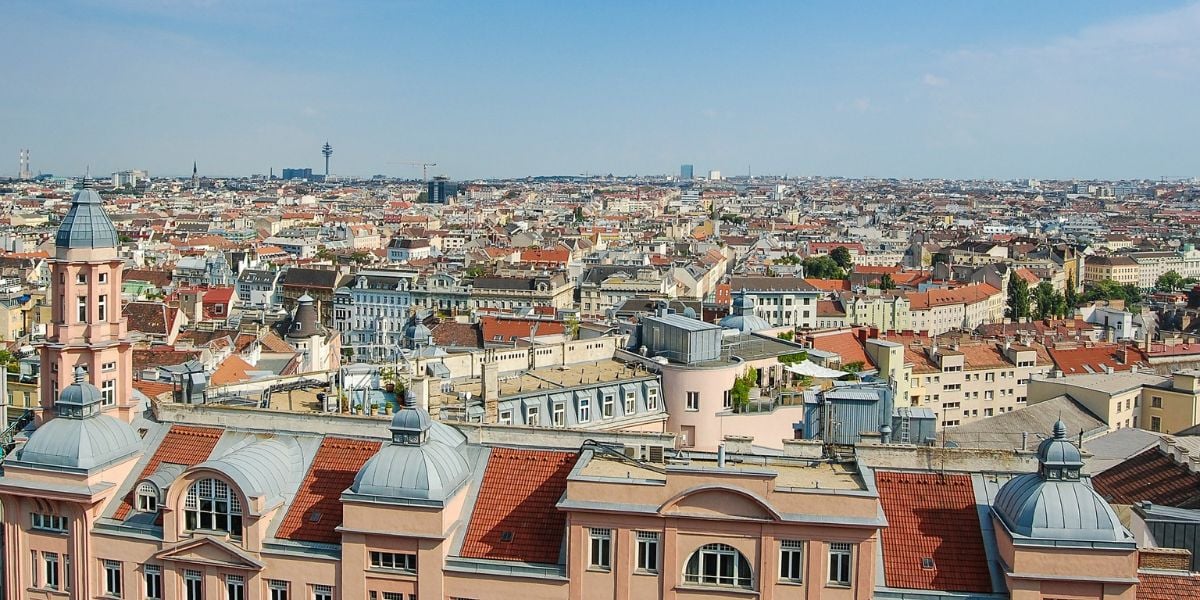 Vienna is a feast for the eyes and for anyone interested in the history of the Austro-Hungarian empire. Much of the world we know today was impacted by the empire, and much of Jewish history was at the whims of those leaders.

A Jewish walking tour in Vienna generally includes the Judenplatz, center of Viennese Jewish life, a Monument against War and Fascism, Heroes Square, and the Shoah Monument. There’s an amazing

There are two Jewish museums in Vienna that you can visit on a walking tour, both on the same ticket. One even includes an ancient synagogue underground that you can visit, where archaeologists have uncovered clues about historical Jewish life in Vienna. At the other synagogue, you can see Theodor Herzl’s bicycle as well as learn about the modern Vienna Jewish community.

A walking tour in Vienna is not to be missed. There is a Jewish community in Vienna, and many opportunities for a tour of the city and the famous Jewish quarter, now well-known through the play of the same name, Leopoldstadt. 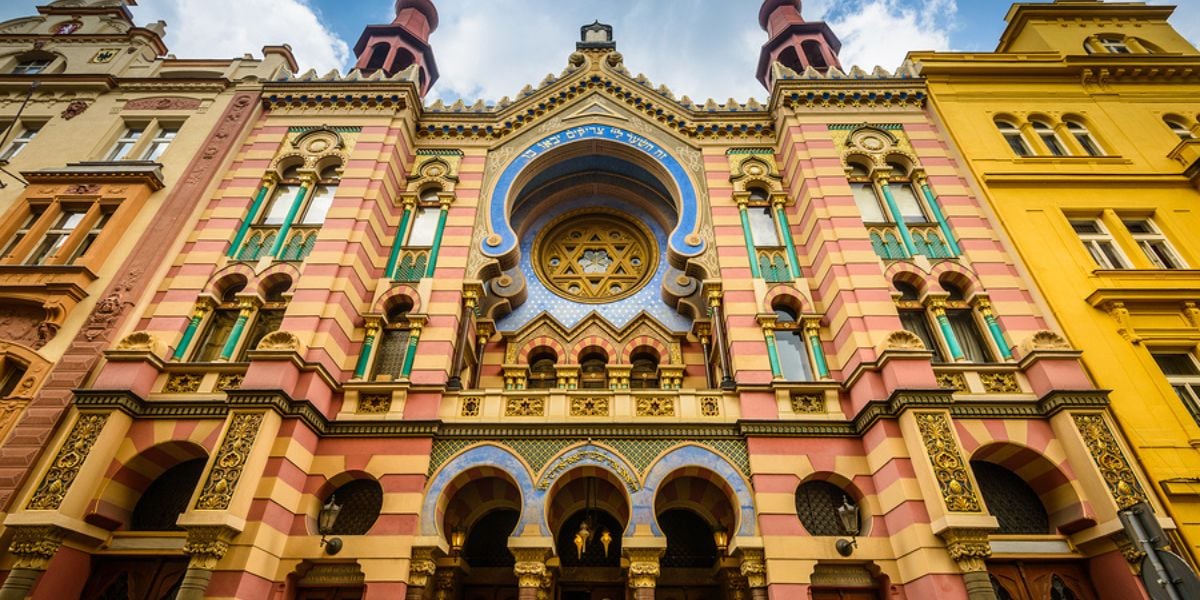 Prague–city of alchemy, ghosts, and the Golem. One of Central Europe’s top tourist destinations and one of the most beautiful cities for walking, Prague is a city of mystery where you can visit an alchemist’s lab underground or eat in a pub that’s hundreds of years old. This spooky city, once the seat of the Austro-Hungarian empire, was the home of the famous Maharal, rumored to have created the Golem to protect his Jewish community.

A Jewish walking tour of Prague should include the many synagogues that make up a part of the Prague Jewish museum, a tour of the famous cemetery where the Maharal is buried and many Jewish souls are buried on top of each other due to a lack of space, and a walk around the city’s Jewish quarter. There are also a few great kosher restaurants near the Jewish area of the city, so kosher Europe tours are also possible in Prague.

Prague is home to one of the most impressive Jewish museums in the world, a combination of several synagogues that make up the entire complex. A walking tour of each part of the museum should take at least a day. So make sure to pick the most colorful Jewish heritage walking tour the city has to offer and remember to give yourself enough time as Prague is full of Jewish heritage sites to explore.

Budapest is one of the best places to go on a Jewish walking tour. It is home to one of the first Holocaust memorials of its kind in Europe, the shoe memorial by the Danube, as well as memorials about righteous gentiles.

But Jewish history–and the way it’s depicted–is complicated in Budapest, so finding a tour guide that is extremely educated on the topic is vital.  Timea Tarjani, a Budapest local and descendant of Hungarian Holocaust survivors, offers the best Jewish walking tour in Budapest. Not only is she knowledgeable about Budapest's Jewish history, infusing her own family’s stories into the history, but she can also speak to the current community in Budapest, which has undergone great changes over the last century in the latest revival with the largest Central and Eastern European Jewish community living in the city.

Explore the Budapest Jewish Quarter for great Jewish heritage tours in Europe, now a nightlife center of the city, with Timea, or see the second largest conservative synagogue in the world, as well as tinier prayer houses, and other memorial places in the area, all connected to stories.

As a local, Timea can also show you places where today’s Budapest Jews spend their time, shops, restaurants, a mikveh, cafes, and art galleries.

Whether you’re interested in the magical city of Prague or the imperial city of Vienna, a Jewish walking tour is a great way to get to know the Jewish history of these places and how different Jewish communities across the centuries have lived.