Israel's Past Rulers and Where to Find Them 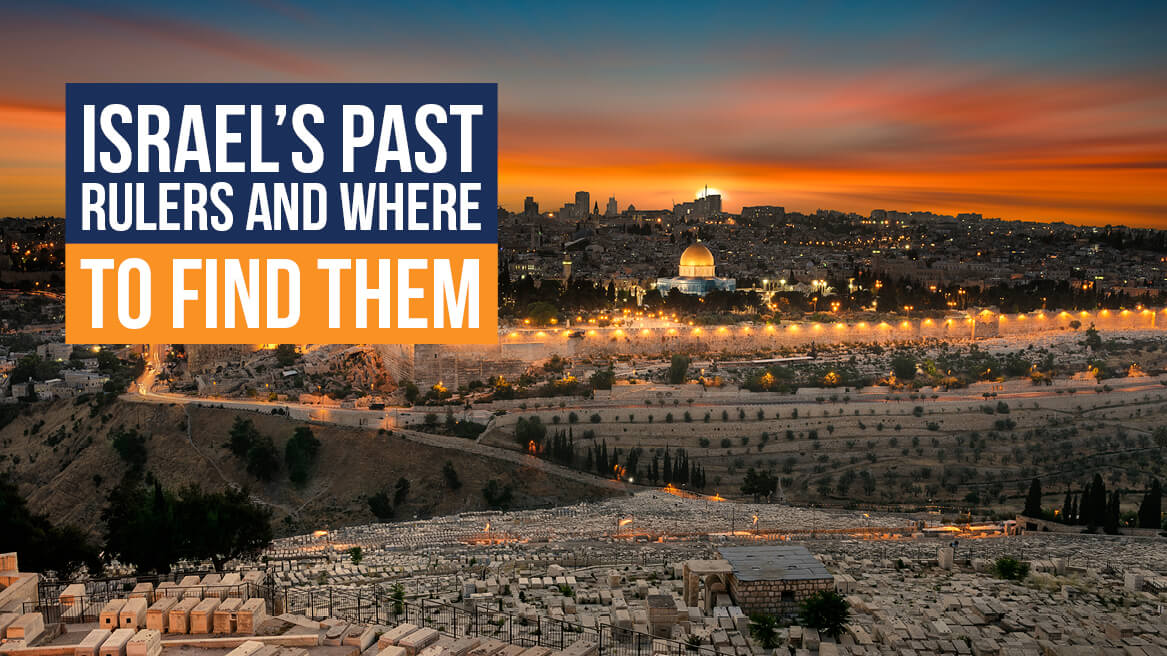 The area of Israel has a millennia-old history and has been called home by numerous civilizations. Today, we can see their legacy and the remnants of their intricate cultures. How amazing is that? As we’re talking about many centuries of history, we won’t be able to discuss each period in detail, but we’ll still be able to see what immense impact these cultures had on the creation of the country as we know it today.

In Early Bronze Age (3200-2220 BCE), the first houses were built in the area, and the first city wall was built in the Middle Bronze Age (2220-1550 BCE). In Iron Age I (1200-1000 BCE), Jerusalem was conquered by Canaanites. Much of what we know about Canaan today we learned from the amazing archaeological excavation such as the Tel Hazor, Tel Megiddo, and Gezer, where we can see ancient temples, palaces, residences, stables, gates, artefacts and much more.

At the start of the Iron Age, the Philistines, the Phoenicians, and the Israelites ruled the area, but their origins are not clear. In the Bible, King Solomon exchanged goods with the Phoenician King Hiram in the 10th century BCE, and the discovery of the Tel Dan Stele, housed in the Israel Museum, supports the existence of a David as a historical figure. Many also believe that Hebrew letters derive from the Phoenician alphabet more than from ancient proto-Hebrew.

In Iron Age II (1000-529 BCE) Kind David conquered Jerusalem, King Solomon built the First Jewish Temple, and Babylonian forces destroyed it, forcing Jews into exile. During the Persian Period (539-322 BCE), Cyrus the Great allowed Jews to return. The Second Temple and the Walls of Jerusalem were built. Then Hellenistic Period (332-141 BCE) was followed by the Hasmonean dynasty in 141 BCE, which expanded the city.

Some remains of the First Temple can be found on the south hill of the City of David, while the outer western wall of the Second Temple courtyard, known as the Western Wall, is one of Israel’s most treasured sites. Other significant remains from the Second Temple period including the Kidron Valley tombs, Robinson’s Arch, and the royal winter palaces – a complex of Hasmonean and Herodian buildings with swimming pools, bathhouses, gardens, orchards, nearby farms, and wonderful ornamentation.

After Hasmoneans came the Herodian Period (37 BCE-70 CE), when King Herod reconstructed the Second Temple and built numerous other magnificent structures, such as Herodium and Masada. From 70 to 324 CE Romans ruled the land, destroying the temple and building roads and structures, some of which were uncovered in Jerusalem, such as the Cardo. We also must see Caesarea, the ancient Roman capital and port, its beautiful theatre and ruins.

Their rule was ended when the Byzantines arrived (324-638 CE), and it is in this period that the world-famous Church of the Holy Sepulcher was built. Also, Christians established monasteries, including the breathtaking ones in Jericho and Mar Saba, and many synagogues were built with beautiful mosaic floors featuring elements of the Byzantine culture, such as synagogues at Tiberius, Beth Alpha, and Tzippori. Byzantine was pushed out and the first Muslim Period (638-1099 CE) started, during which the stunning Dome of the Rock and Al-Aqsa Mosque were constructed.

Crusaders captured Jerusalem in 1099 and founded the Latin Kingdom of Jerusalem. They left for us to see the impressive remains of a Crusader fortress discovered in the old Jewish Quarter of Tiberias. An immensely important city during this period was Akko, where Crusaders constructed a unique system of fortifications with walls and towers along the sea. Throughout the city, streets and public buildings, such as churches and hospices, were constructed, including the amazing Knights’ Halls. In 1291, the Mamluks took over the Holy Land until 1516.

Until 1917, the Ottomans ruled the area. One of their most famous rulers, Suleiman the Magnificent, rebuilt the Walls of Jerusalem, while the Ottoman Sultans encouraged Jews fleeing the inquisition to settle in the Empire. Suleiman’s personal physician was inquisition survivor Moses Hamon; a Jewish businesswomen controlled communications with the Harem; Sultan Selim II’s wife - Nurbanu Sultan -  was Jewish, and he gave control of Tiberias to inquisition survivor and one of Europe’s richest women, Doña Gracia Mendes Nasi. Under Ottomans, Safed became a Kabbalah center and numerous edifices were built: the bazaars, tombs, courtyard houses, colleges, monumental street fountains, as well as the great Gates of Jerusalem, Hammam Al Pasha, the White Market, Al-Jazzar Mosque, and much more.

The British Mandate lasted from 1917, when the British captured Jerusalem in World War I, until 1948, when the State of Israel was proclaimed. This was the time of numerous unrests, protests, political developments, conflicts, and wars. But it was also the time when Jewish immigrants established Kibbutzim and universities and built the first electricity generator in Tel Aviv. The British greatly contributed with a still-effective municipal ordinance. We can visit King George Street in central Jerusalem and King George Street in Tel Aviv, as well as St. Andrew's Church, the Central Post Office, and other amazing edifices. Also, Jewish architects contributed to the innovative planning during the British Mandate with the celebrated Bauhaus White City.

This was a very condensed history of the area, but it’s still clear how immensely rich each period was and how vital for the development of the country. We saw how each conqueror took away something valuable, but also contributed with their own architecture, tradition and culture, slowly adopted by the local communities and adapted with time in the form we know them today. And one of the most exciting things is that today we can visit the remnants of each of these cultures and step into the past when they ruled the land.