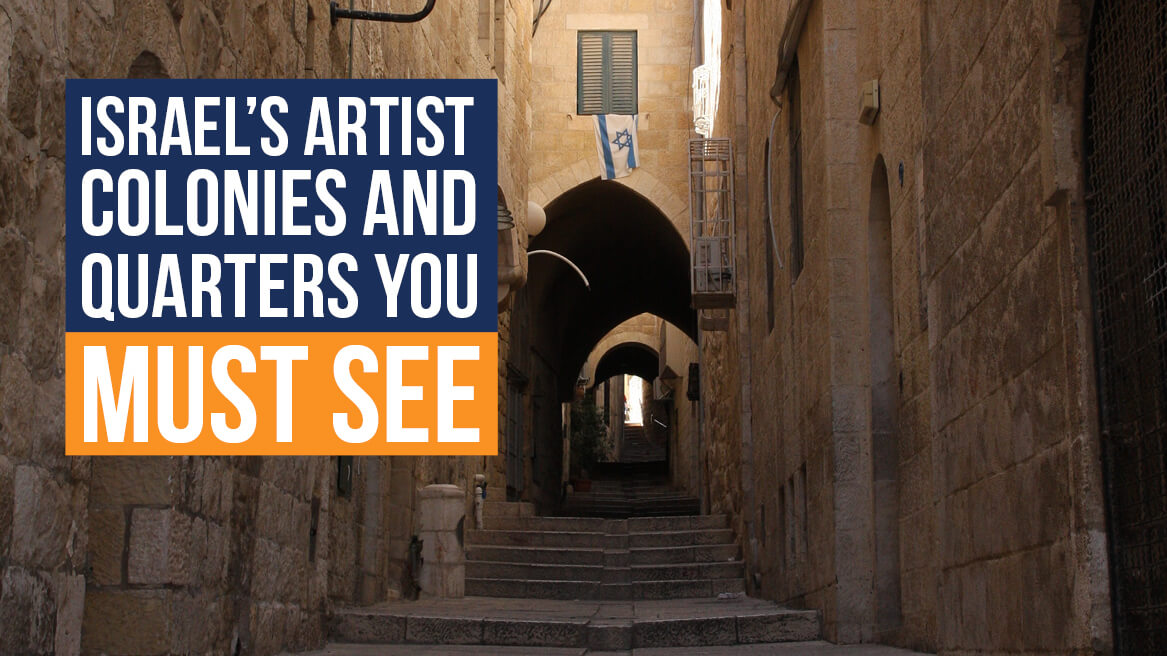 This beautiful, picturesque village in Haifa District is situated southeast of Haifa on a hillside at the foot of Mount Carmel among olive groves, with the most beautiful views of the Mediterranean Sea. As if that’s not inviting enough, Ein Hod became an artists' colony in 1953, when the famous Dada artist Marcel Janco convinced the government to let him build an artists' colony here, instead of the place being demolished. Ein Hod has twenty-two galleries, fourteen art workshops, and two museums. You’ll find here the Janco-Dada Museum that shows the works of the village founder and of contemporary artists from Israel and abroad, the community gallery where many residents display their work, the Gertrude Kraus House at the village entrance, as well as the Nisco Museum of Mechanical Music – the first museum of antique musical instruments in the country.

The main gallery has four exhibition halls, each dedicated to a different artistic area. Numerous Israeli painters, sculptors, and musicians call this place their home, and you can often visit their studios.  Visitors can also attend workshops, such as photography, silk screening, music, printing, sculpting, ceramics, mosaics, design, stained glass, lithography, and blacksmithing. You can attend biweekly chamber music concerts and guest lectures, as well as popular music and light entertainment in an outdoor amphitheater during the summer and free outdoor jazz concerts every Saturday near the main square. In 1992, an original part from the Berlin Wall was placed in the village.

Safed is one of Israel’s four holy cities, together with the beautiful and historically vital cities of Jerusalem, Hebron, and Tiberias. Walking through Safed’s Old Town, through its cobblestone alleys, visiting the medieval synagogues and the city’s excellent museums, you will witness the centuries of awe-inspiring culture and art. As a matter of fact, in the 16th century, after the Spanish Expulsion, many Jewish religious scholars and mystics were drawn to this city, which became the spiritual center of the Jewish world, particularly of Kabbalah.

One of Safed’s most famous sites is its Artists’ Quarter. Numerous artists, creating all kinds of masterpieces, have called this Arab Quarter their home for many years. Many of them have open studios, so you can even see them working on their artistic pieces. You’ll see potters, weavers, glasswork makers, painters, mural painters, photographers, sculptors, cartoonists, micro-calligraphers, silversmiths, silverwork makers, jewelry creators, and many, many more amazingly talented people. There are also numerous galleries, workshops, and conversations with the artists for you to join and enjoy. In one of the charming 12th-century buildings, you’ll find the Frenel Museum, established in 1972, which showcases the works of Yitzhak Frenel (1899-1981), one of the founders of this Artists’ Quarter.

While technically not an artists’ village or quarter, Samar is a colony with a deep connection to arts. This small kibbutz is situated some 35km from Eilat, less than four hours from Tel Aviv, and between the mountains of the southern Arava valley. It was founded in 1976, and it doesn’t follow the collective rules of traditional kibbutzim. Samar believes that every person has different needs and abilities and it focuses on the individual development, more independence and responsibility for the members, and equal opportunities for all of them to fulfill their needs as they see fit, which is why some called it ‘an anarchist kibbutz’. This is a very dynamic and friendly place, and because it’s so small, everybody knows each other, so it is much easier to talk to others and form stronger friendships than in the large, urban areas.

Samar loves art, and many of its members are artists themselves, whether they’re painters, musicians, writers, or any other kind of art creator. People here share daily tasks, which leaves them enough time to follow their artistic visions towards their individual artistic expression. Interestingly, given that the Arava Valley has the highest sun exposure in Israel, Samar uses an ultra-modern solar power plant, called Solar Flower Tower, to power the entire kibbutz. The community has the Internet and cable TV, and visitors can enjoy parties, concerts, and various desert adventures, such as biking and hiking through the Eilat Mountains, Mitzpe Ramon, and Timna Park.