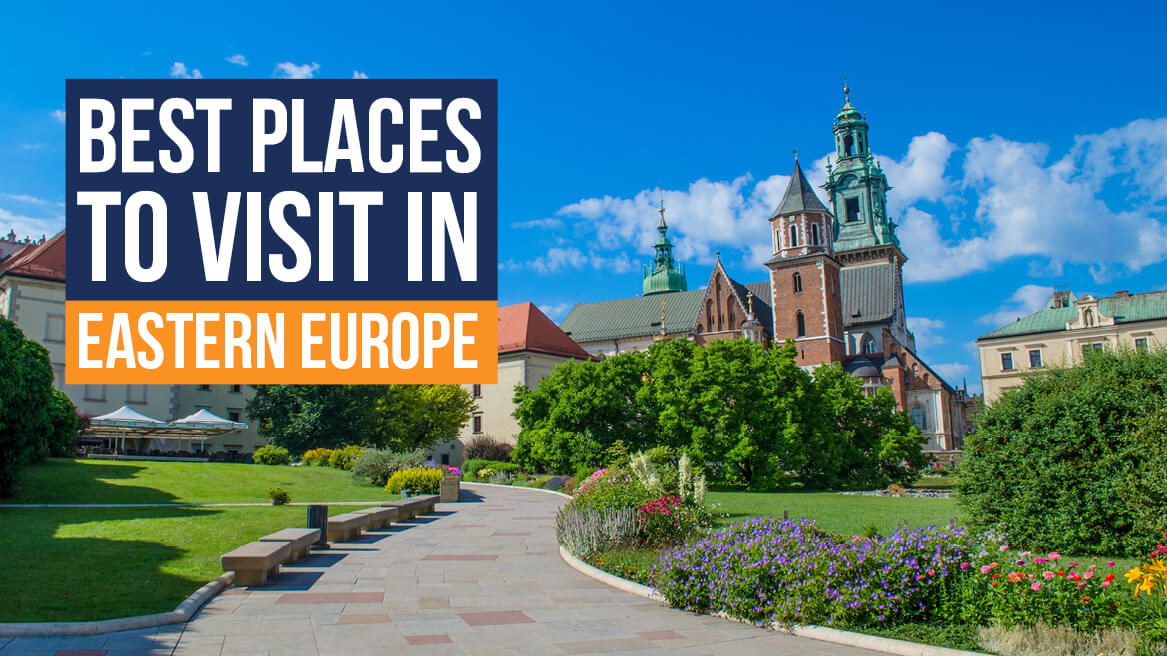 While we are well-aware of the magnificent tourist favorites like Budapest, Prague, or Berlin, there are also places that are exceptionally popular, but often overshadowed by the capitals of their respective countries when it comes to the ‘top places to visit’ lists. There are many more magnificent cities to visit in this region of the world, which offer distinctive cuisines and traditions, breathtaking landscapes, world-class museums, and well-preserved architectural gems, in addition to a myriad of festivities. These are just three of the wonderful and most unique places to see in Eastern Europe.

Gdańsk is one of the most splendid European cities. It is Poland’s main seaport on the Baltic coast and home to the National Museum, the Gdańsk Shakespeare Theatre, the Museum of the Second World War, Polish Baltic Philharmonic, and the European Solidarity Centre, among many other attractions. The city also hosts St. Dominic’s Fair, which dates back to 1260.

After World War II, the Old Town has been reconstructed, but it never lost its charm. People love wandering the back streets to the stunning Long Market, a historic commercial center, with its grand houses and the ornate Neptune’s Fountain, and taking a stroll to the waterfront with more lovely, old houses and the Gdańsk Crane, a remnant of the medieval port. You will get the best view of this charming city from the tower of the elaborate Main Town Hall (built 1378-1492), which also houses one of several city’s museums.

Gdańsk has a number of gorgeous historical churches, such as the 16th-century St. Catherine’s Church and the 15th-century St. Mary’s Church, the world’s largest brick church. Some of the things you absolutely must see while here include: Golden Gate, Long Street, Uphagen’s House, Lion’s Castle, Artus Court, Golden House, and Green Gate.

Gdańsk shopping is also unique. Since the city is a major center for amber in the world, markets and shops are full of beautiful amber jewelry, stones, souvenirs, and much more.

Situated on the Morava River, Olomouc is the historical capital city of Moravia. Legend has it that the city was founded by Julius Cesar on the site of a Roman fort. In fact, many remains of a 2nd-century Roman military camp have been excavated, while the Roman influence is prolific in the city’s culture and architecture. Take a walk and check out the two town squares, their popular turtle sculpture, and a scale model of the entire old town in bronze. In front of the model stands the impressive 15th-century Town Hall with the Gothic Chapel of St. Jerome and the magnificent Astronomical Clock built in the Socialist Realist style. Afterwards, go to the Olomouc Castle, the city’s six ornate Baroque fountains that feature ancient Roman motifs, the Archdiocesan Museum, and the 18th-century Holy Trinity Column, now a World Heritage Site. While there, make sure to visit the Museum of Modern Art and the Mausoleum of Yugoslav Soldiers.

The city has quite a few historic religious buildings, such as the Olomouc Orthodox Church, the Neo-baroque Chapel of Saint John Sarkander, the 15th-century, Gothic Saint Maurice Church, the Baroque Basilica Minor of the Visitation of the Virgin Mary on Svatý Kopeček, which overlooks the city, and the beautiful 12th-century Saint Wenceslas Cathedral, with its Romanesque crypt, Gothic cloister, and Baroque chapels. Next to it stands Olomouc’s precious, 12th-century, Romanesque monument – the Přemyslid (Bishop) Palace. There are also several monasteries in Olomouc, including Hradisko Monastery and the Monastery of St. Catherine.

This lovely city is the regional center of the Southern Great Plain and home to the University of Szeged – one of Hungarian’s oldest and most prominent universities. You can enjoy its famous Szeged Open Air (Theatre) Festival, first held in 1931, and the wonderful concerts of the Szeged Symphony Orchestra at the National Theatre of Szeged.

Some of the must-sees in Szeged include Dóm square, where you’ll find the twin-spired Votive Church and Cathedral of Our Lady of Hungary and the 11th-century Dömötör tower. Take a nice tour of the city and see the Water Tower on Szent István Square, the Reök Palace, the Gróf Palace, the Ferenc Móra Museum, the City Hall on Szechenyi Square, and the 18th-century Serbian Orthodox Church of St. Nicholas.

Szeged also had a large Jewish population, especially during the 1920s. However, the city greatly suffered in WWII. 6000 of its citizens were killed. Particularly, its Jewish citizens were confined to ghettos before being sent to death camps. One of the most prominent structures here is the Szeged Synagogue, the second largest in Hungary, built in 1907 and designed by the distinguished Jewish-Hungarian architect, Lipót Baumhorn, in his distinct Hungarian blend of the Art Nouveau, Historicist, and Moorish Revival styles, aka the Magyar style. The rabbi, Immánuel Löw, contributed with the suggestions for the elaborate details and ornaments. The synagogue is still the center of Szeged’s Jewish community and is a part of a communal complex that includes a small chapel. There is also a large and still active Jewish Cemetery in the city, as well as an old age home.