6 Archaeological Sites to Visit in Israel 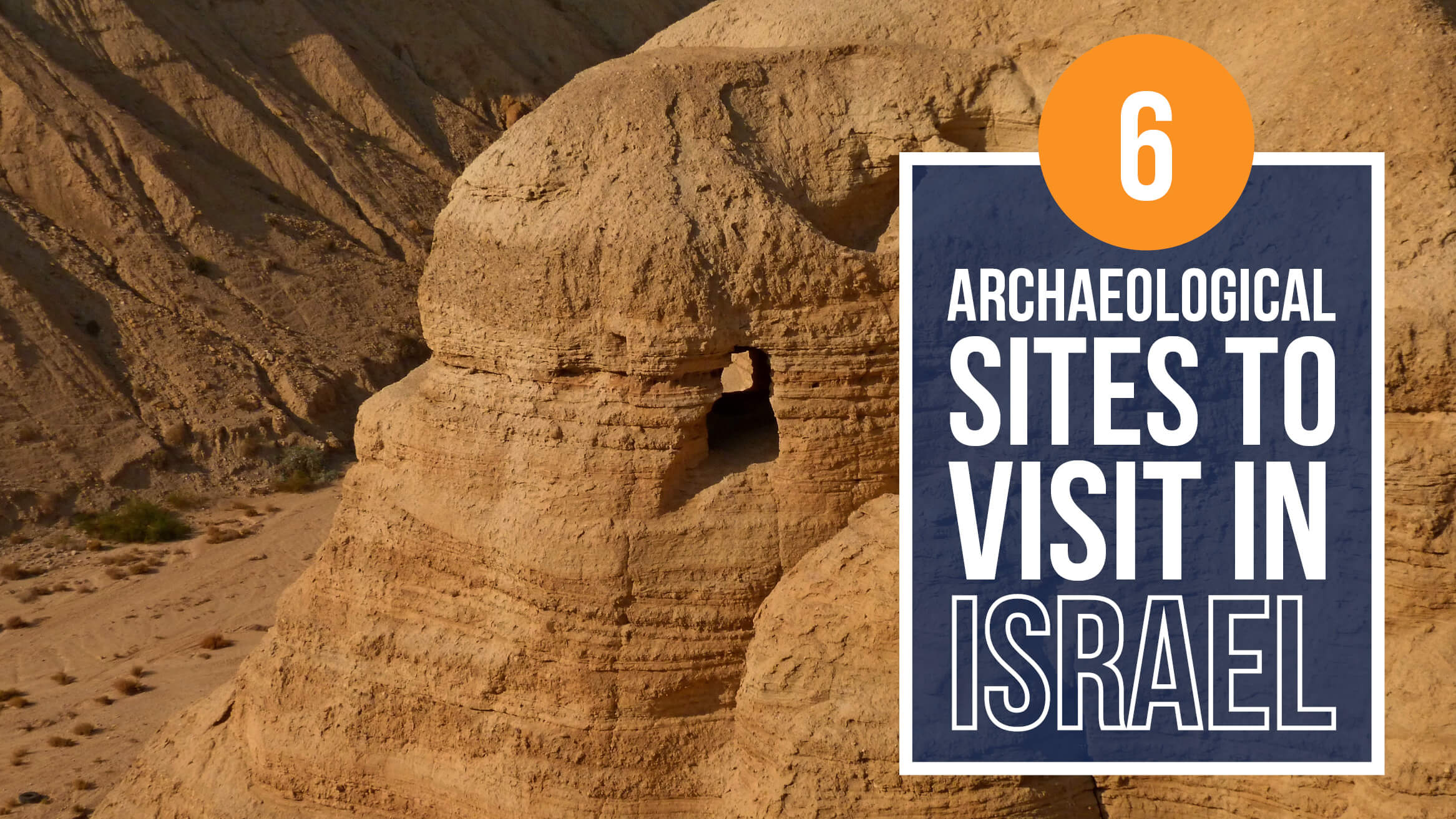 Given the country’s long history that spans thousands of years, its resilience and individuality, but also a great number of different rules it had been under, it is not a surprise that there are various and magnificent archaeological sites to explore on every turn. Here are six archaeological sites you might want to visit while on one of your tours to Israel.

This extraordinary site, situated in the Lower Galilee region of northern Israel, used to be an ancient city, inhabited from cca 7000 BCE to 586 BCE. Its role in history was critical as it guarded the Aruna Pass, the western branch of a narrow pass on the most important trade route of the ancient Fertile Crescent, linking Egypt with Mesopotamia and Asia Minor, what the Egyptians called the Way of the Sea, and known today as Via Maris. Today, Megiddo is a UNESCO World Heritage Site, and an impressive place to explore. You can visit a Solomonic city gate, the Oriental Institute, the water system, the Great Temple, the stables, and see wonderful excavated treasures, like jewellery and ivories.

Located in the West Bank, on a dry plateau about 1.5km from the north-western shore of the Dead Sea, Qumran is best known as the place where the Dead Sea Scrolls were discovered. This picture-perfect site and its caves are surrounded by major tourist attractions, such as Jerusalem, the Dead Sea beaches, Ein Gedi, and Masada, but its beauty and its historical tales are often overlooked by tourists. The Hellenistic period settlement was inhabited from cca 134-104 BCE until 68 BCE. Besides the site itself, and its exciting sporting potential, you can explore the astonishing remains that have been excavated, some dating back to the Iron Age. These include multi-level structures, walls, reservoirs, pottery kilns, cisterns and channels, various coins, etc.

Situated in Belvoir National Park, in northern Israel, on a hill 20km south of the Sea of Galilee, Belvoir Fortress is considered to be the best-preserved Crusader fortress in Israel, dating back to the 12th century CE. The remarkable structure is still well-preserved, and it consists of an outer and an inner square fortress, which visitors can explore, while simultaneously enjoying the view over the Jordan Valley and the Sea of Galilee towards the Golan. The National Park, remarkable by itself, cultivates rare and endangered plants, reintroducing them into nature.

In the foothills of the Judean Mountains, at the border of the Shfela region, between Jerusalem and Tel Aviv, in a national park, rests the inspiring Tel Gezer. It was a major fortified Canaanite city in the first half of the 2nd millennium BCE, holding an enviable strategic position at the junction of the Via Maris trade route. Such was its history that one can see there the ruins from the Iron Age next to those from the Bronze Age, which in turn are situated close to Roman roads, and they all exist, side by side, with the 20th century edifices.

The astonishing excavations include the original bricks from King Solomon’s Gate and from the city wall; the Gezer calendar (a 10th-century BCE inscription on a small limestone tablet, considered to be the oldest Hebrew document), and the thirteen boundary stones, dating back to the Late Hellenistic period. The Tel Gezer national park is also easily accessible and affordable to visit. It’s a place of incredible beauty, where you can take in views of Tel Aviv, Ashkelon, Ashdod, and Modi’in, while in spring, the ground is completely covered with red poppies and lilac cyclamen flowers.

There is an ancient city in the Negev Desert, 43 km southwest of Beersheba, called Shivta. It is a UNESCO World Heritage Site, once part of the Nabatean Spice Route. It was long considered a Nabataean town, but archaeologists now think it might have been a Byzantine agricultural colony. It’s quite interesting that Shivta was never destroyed. Over time, a number of structures collapsed, but have been restored. Because of this, walking through Shivta feels like walking through a ‘living’, ancient city. Roman ruins from the 1st century BCE have been excavated, but most findings date to the Byzantine period, all of which visitors can explore. These include three Byzantine churches, two wine-presses, residential areas, and administrative buildings.

Located about 10 km south of Jerusalem, Herodium is an impressive archaeological site. It is home to a remarkable palace dating to King Herod’s time, but also to Herod’s tomb. Herod built a fortress and a small town at Herodium, between 23 and 15 BCE, which required reshaping the hill, as well as hard labour of many slaves, artisans, and workers of all professions. The site is also known as “Mountain of Franks” or “Mountain of Paradise”. Herodium is situated 758m above sea level, which makes it the highest peak in the Judean Desert. Besides the opportunity to enjoy marvellous views, there are many things to explore here, such as the remains of Herod’s Palace, a Roman bathhouse, and one the oldest synagogues in the Levant.