10 Unique Places to Visit in Israel

IIsrael is a land of surprises. From ancient biblical sites all the way to trendy shopping districts in vibrant cities, this is a country with one foot in the past and another in a future that keeps evolving in the absolute best way for travelers. 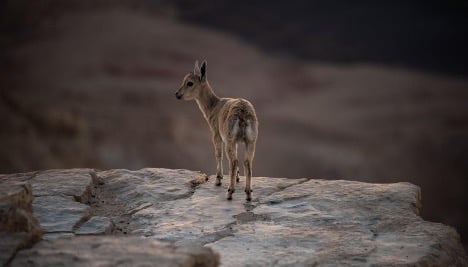 Ever stargazed from a crater? This is the place to go camping. Mitzpe Ramon has been called the Israeli Grand Canyon, but it looks closer to something you’d find on Mars than something you’d find in Arizona. The crater is 40 kilometers long and 6 kilometers deep. In addition to camping out under the stars, you can also try horseback riding, hiking, cycling, and jeep tours in this otherworldly location. Watch out for the Ibex, the mountain goat of this desert location. They’re a common sight in the region.

Rapel 197 feet into the longest salt caves on earth. As you go down, you’ll see ripple marks along the wall, all made of salt. Squeeze yourself through narrow gaps, scramble over huge boulders, and reach the prize at the end–salt stalactites and stalagmites. This tour is not for the clausstrophobic, but it is for the adventurer at heart. If you don’t want to rapel, there is an option to walk into the cave from a seperate entrance. This is a must see place in Israel–beautiful, mysterious, and adventurous.

Stations aren’t just for waiting for buses. This one, the second largest bus station in the world, was built as a mall, but it’s now filled with interesting shops and food options, whether you’re seeking Eritrean or Filipino food. There are tour guides who give tours of the entire city, and booking a trip with them is easy with an Israel travel agency. The seventh floor houses a graffiti and art exhibition. There’s also a Yiddish museum housing over 50,000 Yiddish books, a theater, and a bat cave.

Tap into a desert oasis at Wadi Qelt

This stream running from the Judean Desert outside of Jerusalem to the city of Jericho is less than an hour from the center of Jerusalem. Among the silence, find ancient artifacts and listen to the water rushing through the gorge. There are ruins of ancient aqueducts that once delivered water to Jericho or you can visit the first Christian Monastery to be built in the Judean desert from the 5th century, built hanging on the cliffs of the canyon. Below is a lush garden of olive and cypress trees. Unlike many other Greek Orthodox Monasteries, this one welcomes female pilgrims and visitors. Once you’re finished gaping at the beauty of the area, cool off at the pools and waterfalls around the gorge. It’s always a good time for a swim in Israel. 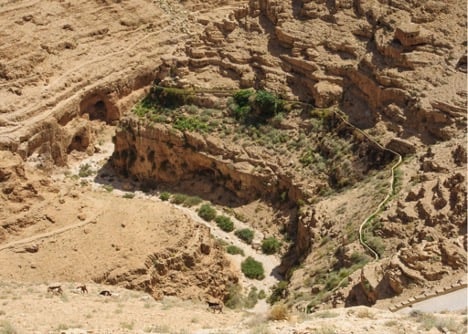 Goats and a water canal at Wadi Qelt, Judean Desert.

Explore the world below in the Western Wall Tunnels

When the Kotel was rebuilt by Herod, the Western wall needed half of its height underground to support itself. These tunnels beneath the Western Wall were uncovered in the 19th century and in 1967 Israel’s Ministry of Religion supported a project to excavate the entire wall. There they found treasures like Warren’s Gate, a secret underground entrance to the temple. During the Crusades, Jews prayed in the tunnels. Warren’s Gate is still a popular place to pray, believed to be the closest place to the Holy of Holies within the temple. There were also channels for supplying water to the temple, a pool, and evidence of reconstruction from Romans and Muslim caliphates. Today, the tunnels are open to the public. People still write their prayers on paper and stick them into cracks below, and excavations of the tunnels are still taking place, uncovering ancient coins, earthenware, and other artifacts. This is a place every Jewish person must see.

There are plenty of museums in Israel, but this Jewish museum in the Jerusalem hills is particularly unique. It’s a collection of forgetting items that tell the stories of the Jewish people from Biblical times to today. This museum collects junk, memorabilia, and old appliances and through the items shows a living history of the area through the materials the people used. There are travelogues, stories, and writings that use the pieces as examples and jumping off points. It may seem cluttered, but each tchotchke in this museum has a story–and the guides that work there are more than happy to tell it.

This 100,000 square foot ark-shaped natural history museum houses five million specimens. The collection is a combination of pieces from Tel Aviv University’s Zoological museum, Biological Anthropology museum, and the National Herbarium that were once only available to people at the University. Tel Aviv is already one of the best cities to visit in Israel for adults, but it can also be great for families with locations like this. The museum also hopes to explore environmental protection and conservation efforts. The collection is growing all the time and is a great place to explore the natural side of Israel. This is the best museum in Israel to go to with the whole family.

See a mosaic of history at the Or Torah Synagogue

Outside of Acre’s old walled city is a Tunisian synagogue covered in mosaics exploring the history of the Jewish people. It was built in 1955 by Tunisian immigrants and is based on the mosaics of ruined ancient synagogue found all over the country. Every wall is covered in mosaic tiling created from natural stones all over Israel, telling the story of the Jewish people. There’s everything from Jewish resistance during World War II to Jewish enslavement in Egypt. There’s even a mosaic Zodiac on the ceiling. The stained glass windows depict the knesset and the Israeli flag. This place is truly worth a visit, and a great stop if you’re on a Jewish travel tour.

This Kibbutz is located in the Negev Desert on the path from Mitzpe Ramon to Eilat and is one of the best kibbutz to visit in Israel. Their economy is based on organic and sustainable agriculture. They produce olive oil, fruits, vegetables, goat cheese, and herbs, and have a winery that sells more than 20,000 bottles a year. Among the sand and desert view, Kibbutz Neot Semadar is filled with palm trees and a unique 120-foot-tall pink tower. Not only is the kibbutz an oasis of flora, it is also an oasis of art. The pink tower looming above the community holds creative workshops and a boutique. From the top there’s a spectacular 360 degree view of the garden of the kibbutz. You can tour the kibbutz and the art or check out Pundak Neot Semadar, a vegetarian restaurant that uses ingredients grown at the kibbutz.

Volunteer on an eco farm in the Golan Heights 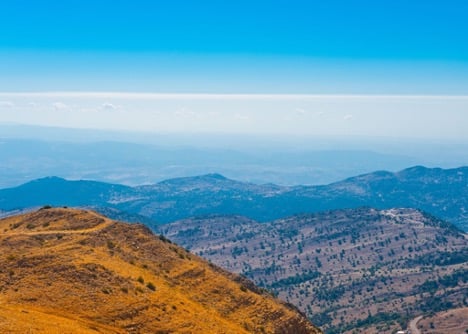 A view of the Golan Heights from Mount Hermon.

At Bel Ofri Farm in the village of Kudmat Zvi, pet injured, abandoned, or unadopted animals like peacocks, goats, rabbits, lambs, marmots, tortoises and guinea pigs. Take a tour of the farm’s winery where they use an ancient olive press pulled by a mule, or explore the cheese making area and the organic vegetable patch. For the more craft inclined, there are workshops for jewelry making, sculpture, and stained glass.

From eco farms to museums, Israel has something for everyone. Interested in planning a trip for you or your family? The best way to start planning your trip to Israel is to book an Israel tour.